JAMMED OFF AIR! - RFS Takes A Bow For Now 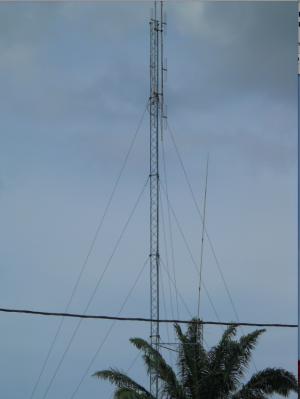 Suspicious – installations have appeared on masts like these in Sarawak, which experts say include probable jamming devices.

The multi-award winning Radio Station, Radio Free Sarawak (RFS), has today announced that, after months of deliberate jamming and disruption, it is suspending its shortwave broadcasts.

Friday 14th November will be the last shortwave transmission on its 15420 slot until further notice, although the station will retain its web presence.

The decision was taken after audiences had been driven to frustration by signal disruption and in particular a new  form of electronic interference, believed to be caused by a network of jamming devices, which appear to have been erected in various localities around Sarawak.

These local jammers are extremely expensive to buy and have a limited local range of a few miles. However they are highly effective.

It means that the Sarawak authorities appear to have invested millions of ringgit in several devices, in order to silence one single independent radio platform.

Radio Free Sarawak had specialised in allowing native communities to speak out about their problems, including deforestation, land grabs and the frenzy of dam building now hitting their regions.

It recently won the Communication for Social Change Award 2014, awarded by the University of Queensland Australia and last year the International Press Institute’s ‘Pioneer of Media Freedom Award 2013‘ for this service to isolated Sarawak communities. 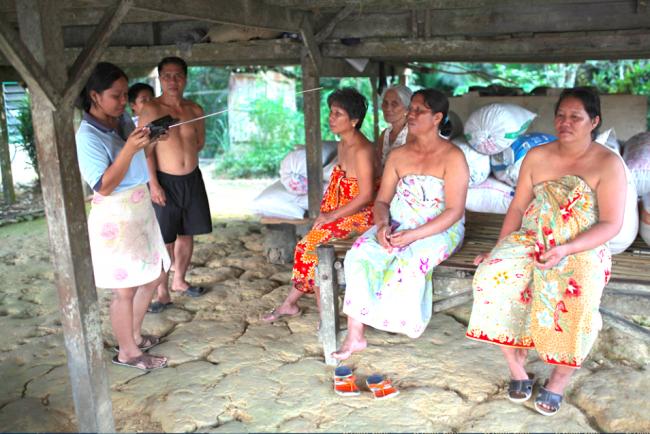 However, the programme, which has been broadcasting for four years every evening except Sundays for 1 1/2 – 2hours a day, said the number of listeners had recently plummeted because of the disruption and therefore the shortwave transmission were no longer cost effective.

The station says that besides the local jamming, the state government has continued to hire external jamming broadcasts from Moldova, in order to make a wider attack on the station’s broadcasts.

“Our audiences are dedicated and enthusiastic and they hugely miss listening to our programmes.  However, this state government has thrown everything at us”, says the founder and editor Clare Rewcastle Brown (Editor of this site)

“We have identified and confronted the Belgium based agent, who has been behind much, if not all, of this jamming jihad against us and what we can verify is that his services are very expensive.

“It costs millions to erect this sort of local equipment and the long range jamming from Russia and Moldova also costs hundreds of thousands of ringgit.

“It is very sad that the Sarawak authorities have spent this money on silencing freedom of speech, instead of improving services in education and health and other such needy matters, which have been raised by the radio station.

They have shown their true colours by doing so and also their fear of a single, small voice of criticism” 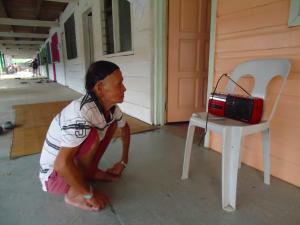 A Penan tribesman listening to RFS

It is just two weeks since the radio team identified and publicly confronted the agent who has been identified as one of the main players behind the jamming of their broadcasts.

Belgium broadcast agent Ludo Maes functions as broker for legitimate and pro-democracy stations, but also runs a highly lucrative side-line in selling equipment that could be used for jamming.

He is widely suspected to be the agent behind a number of jamming operations against freedom radio stations and he has been formally identified as the person who organised the jamming of RFS broadcasts during the 2011 state elections.

It has been established that he payed a large up-front fee to a broadcast station in Russia to deliberately transmit on the same frequency as RFS.

Insiders have confirmed to Sarawak Report that Maes was indeed commissioned and paid by Malaysian agents. 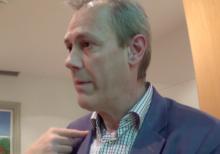 Maes claimed he never jams radio stations, yet he had offered to ‘project manage’ just such a project

To establish whether Maes, who advertises a variety of transmitters and antennae for sale, was indeed willing to take on commissions to disrupt democracy radio stations RFS personnel contacted him last month.

They went to Belgium posing as agents for an African regime that was wishing to silence another freedom radio station and after a short interview Maes readily agreed to supply the necessary equipment and to show them how to use it.

Even though Maes stressed that jamming is illegal, he claimed to the prospective purchasers that he was doing nothing wrong, because he could not be held responsible for how his buyers used the equipment.

Yet Maes then went on to offer to ‘project manage’ the operation to help make sure it was “as effective as possible”.

He had thereby offered to participate in the bogus jamming project in a leading capacity, undermining his claims that he has had no role in the attacks on Radio Free Sarawak. 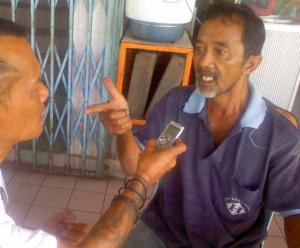 Sarawak Report asks how Mr Maes can on the one hand justify his claim to support “pro-democracy radio projects” as a broadcast agent, while at the same time being prepared to offer his services to jam broadcasts in a secretive operation on behalf of an African regime?

So far, Mr Maes has failed to contact Sarawak Report after his ‘outing’ in Brussels, even though he was invited to do so.

This weekend the team of broadcasters at RFS have made clear the station will not close under this pressure, despite suspending broadcasts.

The team will continue on the project and seek other ways of transmitting their broadcasts:

“Freedom finds another way and it is always one step ahead of oppression”, commented its well-known founding DJ/Presenter Peter John Jaban.

The station expects to be back in 2015 and to be reaching its audiences, thereby putting to waste the millions of ringgit that have been spent on silencing its voice in 2014. 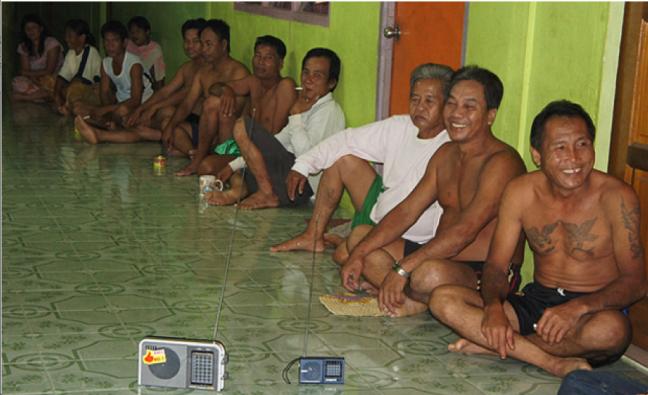