Come Join The Boys At The Baram Blockade, Dr M! 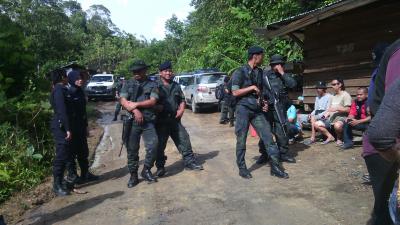 It turns out that what Taib has labelled ‘progress’ is now being called ‘corruption’ by none other than the iconic former leader of Malaysia, Mahathir Mohamad.

As the tense stand off between armed police and the Baram communities reached breaking point this weekend, the former PM spoke out at last against the rampant logging that has devastated so much of Malaysia in recent years. 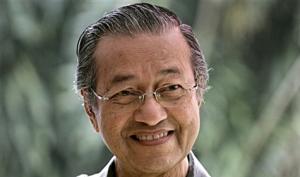 No longer responsible – Mahathir speaks out

In comments worthy of an environmental NGO, Dr Mohamad lamented the loss of over 70% of Malaysia’s forests, which has harmed native Malaysian communities, and he spoke darkly of the greedy corruption that has driven the destruction.

In his blog he details all the reasons why environmentalists and natives are concerned about rampant logging, which causes loss of food and resources and the flooding and silting of the nation’s rivers.

He acknowledges that much of the logging is caused by corruption and asks the crucial question, which is does Malaysia need to make money out of logging?

“This is the origin of floods and landslides. No one can deny that the deforestation is causing this”.To arrest the situation, Mahathir said, illegal land clearing and the corruption that went with this practice must be stopped.

“Then we need to look again at legal clearing. Do we really need to make money from logging?

“Do we need to give out concessions for this? The people who get the concessions are not really poor. They should make more money than they already have some other way,” he said.[Malaysiakini] 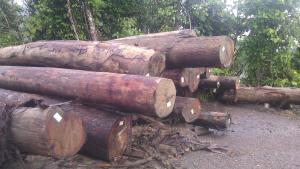 Whereas those who are suffering are the poorest people who depend upon their forests.

He even hints that he accepts it is a shame to destroy one of the most important living regions of the world, just so that rich people can get richer.

After all he points out the the rainforest is Malaysia’s “most valuable heritage”.

If Malaysia’s rulers realise the fact that their rainforest is Malaysia’s most valuable heritage, why are they cutting it all down in favour of palm oil and so called “progress and development”?

Time for Dr M to come down and support Sarawak’s natives in Baram!

In which case it is surely time for the former PM to come over to Sarawak and stand in solidarity with the natives of Baram ,who are desperately trying to prevent the clearance of their customary lands by the dubious company MM Golden?

MM Golden has been appointed by the state government to strip the territory of its valuable timber in advance of the planned dam, even though the required permissions for the dam are yet to have been obtained. 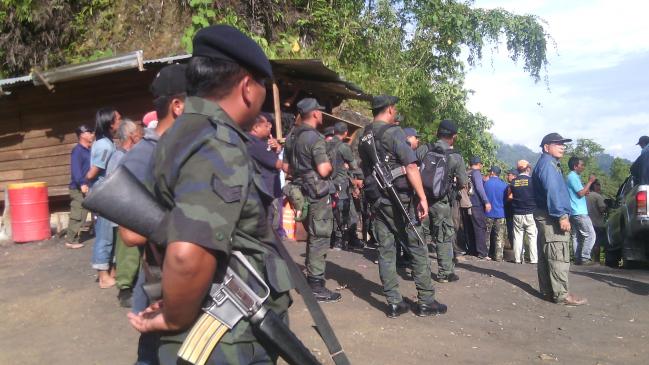 Why are the police supporting the illegal loggers instead of the native landowners?

The state government of Sarawak, headed by the despotic Governor Taib Mahmud and his relation and university pal, chief minister Adenan Satem, are in the habit of throwing out visitors who show support for logging blockaders.

But, will they throw out their former boss, Malaysia’s political veteran Dr Mahathir? 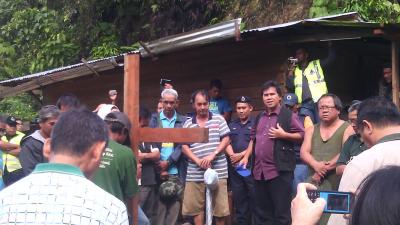 After years of failing to help East Malaysia’s natives in the face of the assaults upon their territories by Taib’s greedy timber mafia, Dr M owes them one with such a visit.

After all, the natives are only asking that the law and due processes should be abided by and carried out.

MM Golden does not have proper authority to clear their land and the police and state government should prevent it happening and not assist the loggers by dismantling blockades and threatening village people with guns.

What Satem is trying to achieve, of course, is the building of an access road to the proposed construction site for the as yet to be legitimised dam project. 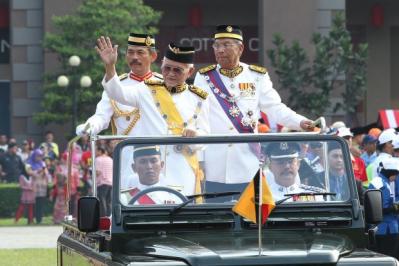 Taib & Satem – helicopters may be flying up above and police are all around. But these despots are breaking the law.

As part of its logging concession (which also is not legitimised by the natives who own the land) MM Golden has contracted to build this access road for the state government.

At the weekend, activists say the the police dismantled their blockade and then moved to protect another blockade, constructed by MM Golden to keep the natives from disrupting their road building activities.

However, the armed officers did not provoke violence and allowed the local people to make their own point by the end of that weekend by reversing the situation and dismantling the police structure.

The local police are clearly put in a very difficult position by their law-breaking political bosses.

Because this is a matter that should be heard before the courts before any decisions are taken to clear the forest or construct a dam and the state government and the loggers should lay off until a judgement is made.

After all, it is they who are intruding on the natives’ own customary land.

But, the reason Satem and Taib are not waiting for a court judgement is, of course, because they will lose.

Use force up front and then shrug your shoulders when the courts rule that the government’s actions have been illegitimate – this has been the practice up till now in Sarawak, leaving natives with nothing to hope for but some meagre compensation, which the state government then also contests. 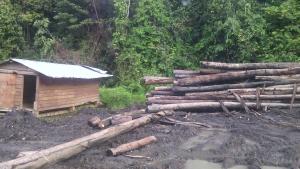 So, It really needs someone with the authority of Dr M to put his presence where his mouth is and get himself over to Baram and say NO!

Mahathir should get on the barricade and say NO MORE! to timber corruption and the obsessive money-making of Taib Mahmud.

Dr M agrees with NGOs on extent of timber loss

There is another contribution made by Mahathir as he enters this debate, which is of paramount importance.

The former head of state has come down in full support of the figures expressed by campaigners against logging.

He agrees that over 70% of Malaysia’s forests have been destroyed and in doing so he nails the lies by Taib Mahmud and his Sarawak lackeys, who have been telling the world that most of Sarawak remains under untouched forest.

Mahathir admits that the opposite is true and he also admits that corruption is behind the problem.

“As I was being driven along one of the roads in our magnificent country, I saw a stream of lorries loaded with logs passing in the opposite direction.

“I asked my companion who was from that area as to who the logs belong to.

“He turned and smiled conspiratorially and whispered the owner’s name. I could hardly hear him but it would seem he was afraid of being heard. He was clearly scared although apart from the driver and my ADC, there was nobody else in the car.

“Vast stretches of our forests are being cleared but nobody seems to know for whom the logging is done. But what is obvious is that our most valuable heritage – the great rain forest is being destroyed.” [Mahathir’s blog]

It is never too late to right a wrong and Dr Mahathir could do much to amend for his sins of omission in the past, when he failed to support Sarawak and Sabah natives protesting against logging by Taib, if he were to go now and join the boys down at the Baram Blockade! 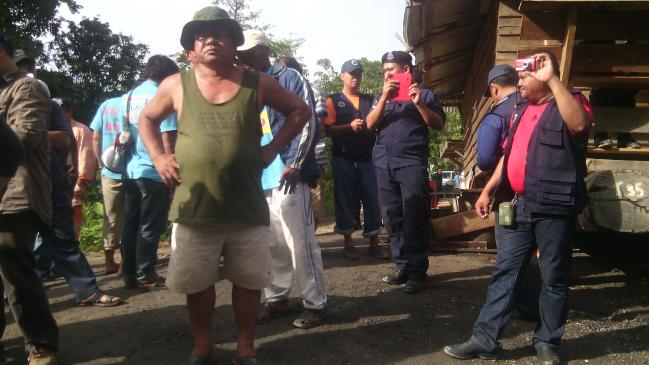 We need some help here after one year of standing up for justice Dr M.