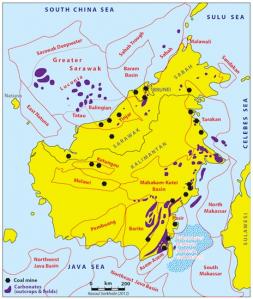 The wealth that went to Malaysia as part of Taib’s deal to get dictatorial grip over the rest of Sarawak’s resources.

This has to be the first sign that Taib Mahmud is losing his grip!

No wonder he opened the State Assembly this week with talk about needing “heightened security” against “undesirable elements”.

But these oil revenue rebels are from his own party and they are UNANIMOUS in ditching his unfair policies on Sarawak’s oil royalty.

What’s more they are completely right.

Well, in fact they should be demanding considerably more of the benefits of Sarawak’s oil revenues to be ploughed into the long-neglectied state.

Hospitals and schools and roads have been endlessly promised and never built.

After all, it must be quite shaming to be a BN Assemblyman, thinking forward to the next state election and having to go around the longhouses making the same old broken promises about ‘development’, when everyone knows the 10 ringgit bribe is really all any of them will get under BN.

Taib betrayed Sarawak on oil (and much besides) 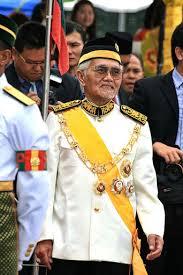 Taib in his ‘democratic’ apparel for the pageant  State Assembly, which functions exactly 16 days a year, including 4 days of opening and closing ceremonies!

It was Taib who signed away Sarawak’s oil to curry favour with the Federal Government back in the 70’s when he was Minister of Primary Resources in KL.

To begin with he had been willing to hand over 100% of Sarawak’s valuable resource, since he had his personal eye on the valuable timber assets of the state to make his own fortune.

But, his uncle, the then chief minister was furious at the give away and Taib re-negotiated to give Sarawak a miserable 5%.

The whole story has been related in a new book by Dr Lukas Straumann, the Director of the Swiss NGO BMF, all about Taib’s betrayal of his people and it will be available soon in English.

We provide an exclusive and highly relevant excerpt:

“The discovery of new offshore crude-oil and natural-gas reserves on the continental shelf just off Sarawak from 1968 onwards triggered a conflict between Kuching and Kuala Lumpur. When negotiations failed, Kuala Lumpur quite simply seized the disputed parts of the continental shelf invoking the 1969 emergency measures. When the question was tabled again at the beginning of the 1970s, Taib Mahmud as minister for primary resources was the responsible member of the federal government, and his Uncle Rahman was chief minister of Sarawak. So, in a manner of speaking, the question was sorted out as an internal family affair.

Rahman, however, was not willing to swallow the unpalatable measures his nephew was serving up. Taib proposed the adoption of a hydrocarbon bill, which envisaged that all the rights to Sarawak’s oil and gas reserves would be transferred to the federal government in Kuala Lumpur without compensation and that Sarawak would lose the 10% royalty it had been taking from the oil companies up until then! Rahman was appalled and in such a rage over Taib that he got the Sarawak Attorney General to protest to the federal government and announced legal steps against the planned act.

Taib was forced to give up the dossier, and Kuala Lumpur sent a new negotiating team to Sarawak. In the end, Rahman managed to secure a 5% royalty on the crude oil and natural gas extracted in Sarawak. The counterpart to this was that Sarawak lost the power to decide on what happened with its oil and gas reserves. The compromise to Sarawak’s disadvantage smoothed the way for the Petroleum Development Act of 1974 and the creation of Malaysia’s state oil company PETRONAS. [Money Logging, Dr L Straumann, 2014]

This has been the unfair and unequal colonial-style arrangement that Sarawak has suffered under ever since, thanks to the selfish machinations of the now Governor.

The arrangement suited Taib Mahmud himself just fine, because his betrayal of his people put him in very good favour with the UMNO hierachy in KL and they were happy to promote his cause to become CM to succeed his uncle.

What’s more, in return for surrendering Sarawak’s oil Taib had a tacit agreement from KL that the central politicians would leave him alone to do what he liked with Sarawak’s timber, lands and valuable coal and mineral resources.

That was enough to make him very rich indeed and now that oil has been found on land in Sarawak it cannot be a surprise that a familiar Taib crony (Tiong Hiew King) is the one to have been handed the concession, which will once again by-pass most of the profit from the public benefit – we can all be sure of that.

This is a situation that all Sarawak’s representatives are aware of and they, like Taib’s uncle, have of course been angry all these past decades, while saying nothing to their all-powerful boss.

Now they have clearly seen their chance and adopted the opposition PR party’s compromise suggestion that the revenue be raised to 20%.

It is a stunning defiance of the once all-powerful CM and it must have been agreed with the tacit compliance of his successor Adenan Satem.  Such disobedience all round – no wonder Taib is calling for extra troops on the borders and security in open places!

So, where does this leave the BN government, which depends on Sarawak’s seats to stay in power as much as it depends on its oil resources, at a time when the public finances are in a pretty pickle?

Najib will be most reluctant to give up money from KL’s coffers.  On the other hand…. only 20%?  Why is the division not the other way around, why is it not 20% for West Malaysia and the Federal Government and 80% to Sarawak?

The opposition parties have actually short-changed Sarawak with their modest and easy request and Najib would be a fool not to snatch the opportunity of making such a small concession.

Because, due to the lack of government transparency, no one has any idea what the real figures actually are for oil extraction or budgets.

Instead of being laid before Parliament, as is only right and proper, in Malaysia the Petronas accounts are guarded as a close secret to be known only by the Prime Minister/Finance Minister, Najib Razak!

How can you extract 20% from a secret number?

Without basic checks and balances and without even the most basic accountability, therefore, this whole debate is merely about concepts and principles.

The reality is something altogether different and even if money was released it would never be spent on the people, as it should be, under the present governing arrangements.

It would just be stolen by corrupt politicians like all the rest of Sarawak’s resources have been for the past 50 years.