Get It Right Mr Obama! 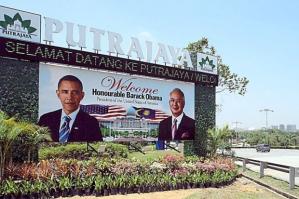 Obama’s visit was exploited to the full by the minority government in KL.

There is a common misconception amongst well-meaning westerners about why the jungle is being cut down, which the actual rainforest destroyers are pleased to preserve.

These westerners imagine that the main driver of deforestation is pressing populations of local people, who have run out of habitat and need to tear down the trees to survive and find jobs.

After all, It is so much easier to try and lecture ‘ignorant natives’ than to admit openly that the real cause of mass deforestation in places like Sarawak is corrupt politicians with access to major capital from institutions in the west, all greedily seeking vast profits from industrial scale, unsustainable logging.

To the contrary it is the local people who want to KEEP the forest.

The local people find their livelihood FROM the forest and these small populations could be very nicely sustained and developed by small-scale timber enterprises that would make them all comfortable from the profits.

This is because the local populations are actually quite tiny and they live off the forest environment.

Yet, this is what President Obama said last month when answering a question about how to stop logging in Malaysia:

“The question is are we going to in each of those countries say how can we help preserve these forests while using a different approach to economic development that does less to damage the atmosphere?  And that means engaging then with the various stakeholders.  You’ve got to talk to the businesses involved.  You’ve got to talk to the government, the communities who may be getting jobs — because their first priority is feeding themselves, so if you just say, we’ve got to stop cutting down the forests, but you don’t have an alternative opportunity for people then they may just ignore you.  So there are going to be all kinds of pieces just to that one part of the problem.  And each country may have a different element to it.” [Obama speech 27th April]

But, Mr Obama and people like him need to understand that the local communities feed themselves from keeping the forests and not cutting them down. 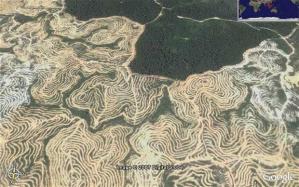 This was not done by local job-seekers looking for food. It was done by greedy politicians backed by western capital.

It is when the forests are taken away that these communities find themselves under stress and duress, looking for new ways to sustain their lives.

The people who are in fact pressing for the logging are not local communities, they are greedy international businessmen (quite a few of them American) backed by corrupted local politicians.

These buccaneer adventurers are financed by major capital from western bankers, who pretend they don’t realise what is going on.

Local people do not get the profit and there are few jobs and employment opportunities of lasting worth.

Sarawak has preferred to import even cheaper workers from over-populated regions of Indonesia. 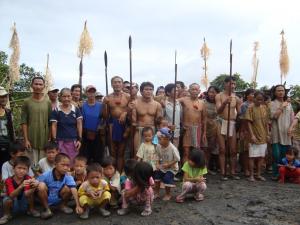 Campaigning to keep their forests not chop it down.

Many of these have caused trouble in the local communities, even raping tribal women.

There are even charities in the UK whose mission is to go and “educate” local people in Sarawak not to cut down their trees.  What unbelievable ignorance!

These do-gooders need educating themselves to realise that they should not be lecturing defenceless local people, who are trying to save their hunting grounds.

Rather, they should show some proper guts and lecture rich and powerful local politicians and businesses and bankers – and people like President Obama, when they get something as important as this as wrong as this!