How Jamilah Spilt The Beans On Sakto's Money EXCLUSIVE 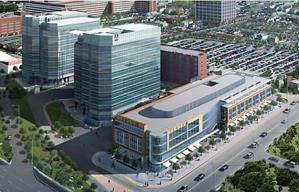 In recent years the Taib family have worked hard to conceal the sources of income behind their series of multi-million dollar property companies in Canada, the US and the UK.

However, we can now reveal devastating new archive information, unearthed by the Swiss NGO, the Bruno Manser Fund (BMF), which shows that Taib’s own daughter Jamilah admitted in press interviews back in 1989 that Sakto’s investors were from the ‘Pacific Rim’ including Malaysia.

She also disclosed that ‘the Chairman flies in from Malaysia twice a year for meetings”!

Canada’s Ottawa Citizen newspaper conducted an interview with Jamilah as part of a major feature on Sakto, describing the company as the biggest foreign property investor in Ottawa at that time. The paper described Jamilah as a woman drawing on her international connections to become successful at a very young age, thanks to undisclosed Asian investors.

It’s that international network of contacts and breadth of knowledge that helped her [Jamilah Taib], at 28 years old, land the presidency of Ottawa-based Sakto Development Corp., a firm that specializes in offshore investment in Canada.

Sakto is a company that represents the growing number of Pacific Rim businessmen who are bringing their dollars and expertise to Canada…..Industry spokesmen say Sakto is probably the biggest and most visible firm in Ottawa

This early acknowledgement clearly contrasts with later claims by Sakto and Jamilah’s husband, Sean (Hisham) Murray, that the company was a Murray family firm, which had nothing to do with Taib’s money.

This was the claim promoted on websites, which were later pulled down after the Murrays were exposed by the UK media for hiring a PR firm to conduct dirty tricks against Sarawak Report on Wikipedia.

And it was also the line taken by Sean’s cousin Christopher Murray, the manager of Ridgeford Properties in London, who repeated the claim in an interview with Sarawak Report back in 2010: 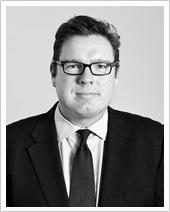 My Dad started the firm!

Murray – “we [Sakto/ Ridgeford Properties] are a family-owned firm”

SR “Is that the Murray family?”

SR ‘So was it your father then who started it all up?”

Murray “My father and my cousin’s father. They started off as an architect’s practice and went into property development” [Recorded interview with Sarawak Report]

Later, the Murrays hired lawyers to threaten Sarawak Report and ohers and these also claimed:

“Sakto, Sakti and Ridgeford are not and have never been funded by Mr Taib Mahmud….Should this allegation be made, our clients will sue you without further notice”. [legal letter from London lawyers Mishcon de Reya, January 2011]

However, incorporation documents in Canada clearly show that Sakto was founded by Taib Mahud’s own brother and key business partner Onn back in 1983, along with Jamilah and her brother Abu Bekir Taib, who were both students in Canada at that time.

In March 2011 Taib himself admitted that the Murrays and their lawyers had been lying over their denials, when he gave an interview acknowledging after all that he had given Jamilah “some money” to start up Sakto when she was a student in Canada:

“It started 20 to 30 years ago.  I gave money to my daughter because I was resigning from Federal Government.  I got a gratuity and gave some money to her to start a new business, it thrived… It is a property development company… It got successful and from successful they go to do business in London”. [Taib 22/03/2011 http://realsarawak.blogspot.com]

However, it seems the Chief Minister was still being far from open about the real truth.  He sought to imply thar Jamilah had got rich by subsequently buying and selling property at a profit and then building office blocks after a space of just a few years.

The title of his video interview said it all “Jamilah’s Business in Canada is Successful, Because She is Good”, it boasts. No mention of flows of cash from Pacific rim investors.

But the articles obtained by BMF confirm in Jamilah’s own words the on-going nature of Far Eastern investment in her company, far more than a one-off starter payment from Daddy’s pension.  At that stage she was only recently married to Sean Murray and she was still the main figure-head and spokesman for Sakto.

‘The Chairman flies in from Malaysia twice a year’

Speaking January 17th 1989 to the newspaper, The Ottawa Citizen she gave away a series of significant details, including the fact that the Chairman of the company flew in twice a year from Malaysia to check on the investments.

The article makes clear who controlled Sakto – and it wasn’t Jamilah or Sean Murray.  In “control” were investors from the ‘Pacific Rim’, in particular Australia, Hong Kong and Malaysia and the article explains that Jamilah, aged 29, was someone they could “trust”.

“The group of 10 or 12 investors who control Sakto, Taib-Murray doesn’t like to say how many, are looking for a secure, long-term investment for their money. And someone they trust to handle it for them.

All are from the Pacific Rim, Australia, Hong Kong and Malaysia, and rarely come to Ottawa, except the chairman who flies in from Malaysia twice a year for meetings.

”They want a very careful investment, a sure thing, which is what the Ottawa market is like,” she said. ”The Toronto market moves too fast, too risky for them when they’re so far away.”[Ottawa Citizen Jan 17th 1989]

The article by the paper’s business correspondent also notes that Sakto was by far the biggest foreign investment in Ottawa at that time.  He gives some insight into why outside investors chose a certain place to put their money: 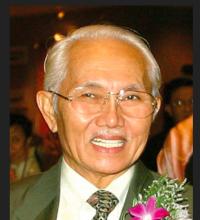 “Steve Gordon, president of Regional Realty Group, said there’s nothing ”magical” about what attracts foreign investments. Investors either look to markets they know or to someone they know who does. And that someone is invariably a colleague, friend or family member who’s already here.”

Could it be that the Malaysian ‘Chairman’ of Sakto was following the same principle? If so, was the reason he could trust Jamilah indeed because she was a family member?

So much for a Murray family firm!

The paper goes on:

This was not the only foray by Jamilah Taib into the Ottawa media.  Far from it!  As one of the city’s richest women and as president of one of the largest property companies Jamilah has been written about all the time.

For example, in anther later article for the Ottawa Citizen 29th Dec 2001 the super-wealthy Jamilah Taib is gushingly depicted as a globe-trotting jet-setter, decked out in furs and jewels.

The article describes her as flying back to join her family for business in Malaysia!

Jamilah Murray, 41, president of Sakto Development Corp., a commercial real estate company and the mother of four, is not only strikingly attractive, but a jet setter who travels and works in Paris, London and San Francisco, where she likes to shop, as well as Malaysia, where she joins her family for business and holidays. “There are never enough occasions here to get really dressed up, but I dress up all the time anyway,” she says, whether it’s a leather and fur-trimmed suit from Paris or the exquisitely colourful national dress and jewels of her homeland. 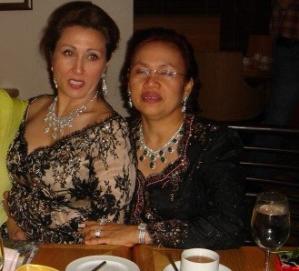 So much for Taib’s claims that his family do not do business in Sarawak and that Jamilah is only involved in passive investments with her 84 companies in the state.  Perhaps she is too busy shopping to actually control her business interests, but we venture to suggest that the controller is her Daddy Taib Mahmud and the chief office boy is her husband Sean Murray. 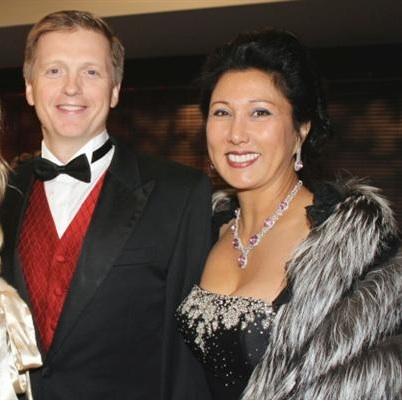 Fur and jewels – Jamilah always finds occasions to dress up!

We will bring more from the Ottawa archives – keep reading Sarawak Report.