Canadian properties worth in excess of a hundred million dollars 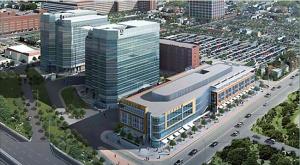 Twin glass towers and a swish shopping complex at Preston Square in downtown Ottawa form just part of an enormous foreign property portfolio controlled in Canada by the family of Sarawak Chief Minister, Abdul Taib Mahmud, according to our exclusive investigations.

These buildings alone are worth at least one hundred million dollars and generate a healthy rental income from some of Canada’s top corporations, including Xerox, Adobe and Sun Life, who rent office space and retail outlets.  Numerous Canadian Government Ministries are also listed at the building. 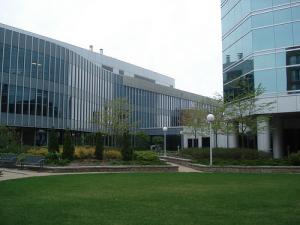 The Preston Square development lies at the centre of the major Canadian property empire run by the developer Sakto, which was founded in the early 1980s by Taib’s college-aged son Mahmud Abu Bekir Taib, his daughter Jamilah and his brother Onn Mahmud.  It continues to be managed as a ‘family business’ by his now son-in-law, a Canadian, Sean Murray. 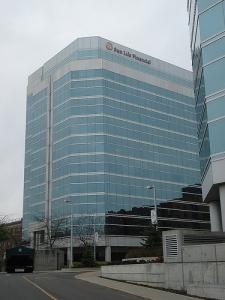 Commercial Skyscraper – Ottawa’s ‘Xerox Tower’ Complex. Sun Life and Adobe are some of the companies to rent space in this prestige property in Ottawa

Taxpayers in Sarawak are entitled to ask how the Chief Minister’s modest 20,000 Malaysian Ringgit a month official salary has managed to help generate a property empire worth so much.  It is also well known that the Taib family own further considerable assets in Malaysia and elsewhere.

Adjacent to the Preston Square commercial complex, Sarawak Report has  further identified a luxury, multi-story residential building, also constructed by the Taibs and let for rent since 2006.  The family have named the building The Adelaide, an Australian city popular with Taib Mahmud and his late wife Laila.

Sakto publicity boasts that these  “stylish urban rentals are lavishly equipped” with “all the elements of contemporary flair” and assure clients that “all units share the ease of abundant parking and the beauty of Preston’s Square manicured setting”.

We bring these revelations in the wake of the elderly Chief Minister’s admission last week that the Bumi remain “poor and in difficulty”.  In this way, he explained, they can be relied upon to stay “humble” and continue to vote for Barisan National (BN) at the next election.  Many in Sarawak have questioned why the Chief Minister has done so little to improve the lives of his people during his thirty years in power and where the profits of decades of timber and oil extraction have been spent.  Sarawak is Malaysia’s richest state in terms of natural resources and yet remains home to some of its poorest people. 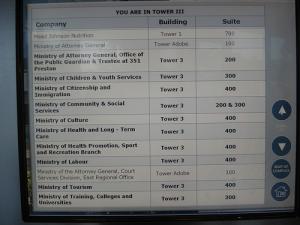 Sakto Development Corporation was set up in August 1983, according to official Ontario records, two years after Taib Mahmud took power.  The Directors were Taib’s brother, Onn Mahmud, Taib’s son Mahmud Abu Bekir (aged just 20) and Taib’s daughter Jamilah, both still students.  Three months later Onn also established Richfold Investment Limited in Hong Kong.  He did so on the same day that another company, Regent Star Company Limited, was incorporated with a mutual director, Kin Kwok Shea, at the same office address.  It was Regent Star Company which was identified by the Japanese Tax Authorities in 2007 as having received 32 million Malaysian Ringgit in kickbacks from Japanese timber exporters over the preceding seven years covered by their investigation. The   Japanese shipping cartel is known to have been making such payments since the early 1980s, amounting to a total of hundreds of millions of ringgit.

Sakto publicity claimed the company invested heavily in its first year(1983), “acquiring over 400 residential units” according to its previous website.

One of the Taib residential properties

Financial records also show that the company invested over $7 million Canadian Dollars during the first twelve months of its activities, $4.5 million of which was raised from its shareholders. In Canada shareholders are allowed to remain anonymous.  By the end of its first decade (in 1993) Sakto’s Financial Report shows the company had assets of just under $40 million Canadian Dollars.  Those acquisitions were backed by over $25 million in interest-free shareholder loans, for which “repayment terms had not been established”.  Additionally, Sakto had received a further $3 million in non-interest bearing loans, $1.5 million of which was “payable to a company related to a shareholder”.   Among the developments Sakto invested in was the construction of what the company described as a “Class A Office Tower”, completed on schedule and within budget in November 1989.  Known as 333 Preston Street, this building houses the company’s current headquarters. 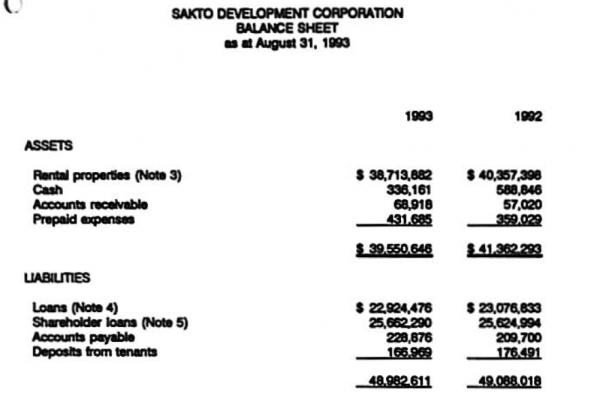 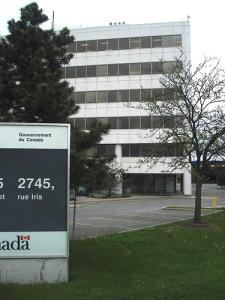 During the 1990s, the company claims it “continued shaping [its] property portfolio through acquisitions and disposals of various assets” and since 2000 it has been involved in some of Ottawa’s biggest property deals.  These  included the news making purchase of over a quarter of a million square feet of commercial space in the flourishing high-tech business district of Kanata and other buildings for over $31 million Canadian Dollars.   Much of this property was later sold on to a ‘nominee’ company,  however Sakto continues to lease and manage the buildings, apparently on behalf of the new purchasers. 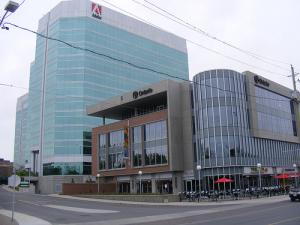 The company has recently completed the building of a second phase of its Preston Street Commerce Plaza complex, which includes a second 16 story tower block and a large commercial centre.  The Sakto website boasts that the centre represents “the very definition of Class A business space”. 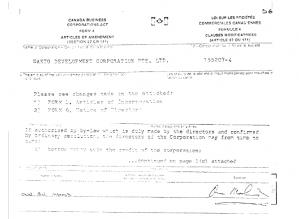 Sean Murray, the current Director of Sakto, is a Canadian of Irish Catholic extraction.  Records show he became involved in Sakto’s affairs in 1987, having reportedly met Jamilah Taib at University.  After marrying Jamilah, a process that involved his conversion to Islam, Sean Murray took over as a Director of a number of the Taib property interests, however there is no indication that he has become an actual shareholder.  Mahmud Abu Bekir Taib ceased to be listed as a Director of Sakto some years ago, however Onn Mahmud, Taib’s brother only resigned as a Director in 2004. 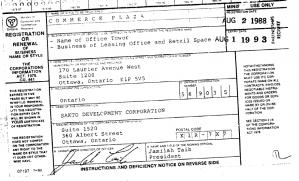 A number of Sean Murray’s family members are now employed at Sakto, which they describe as a family business. Some of Canada’s biggest commercial names rent space at their commercial and office properties, as well as numerous  Canadian Government Ministries.   Now prominent members 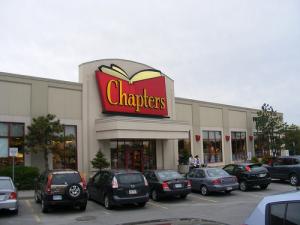 of Ottawa’s social elite, Sean Murray and Jamilah Taib are frequently photographed at society occasions and listed as  donors to the city’s National Gallery of Canada.  Functions at their lavish Rockcliffe mansion have included fundraisers for the top Canadian school, Ashbury College and for multiple Irish charities, including the Catholic St Patrick’s Home and the Ireland Fund of Canada.

The couple drew considerable attention when they recently moved into their new house, recorded as being the second most expensive private home in Ottawa and costing them over $9.6 million Canadian Dollars. Guests have been known to joke that it is so vast that different wings must have different post codes. 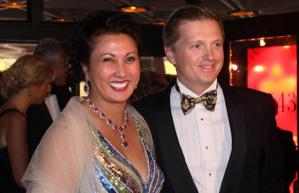 The couple, separately and through Sakto, have also been regular donors to the Ontario Liberal Party.  This has included contributions totalling $6,000 to Premiere Dalton Mcguinty’s  campaign budget in 2003.  In 2007 it was announced that eleven Ontario Ministries were relocating into Sakto’s Preston Square building.  “Bringing together 11 ministries at Preston Square, in the heart of our community, will make our government more accessible to the people of Ottawa and more cost-effective”, explained Yasir Naqvi, MPP for Ottawa Centre.  The offices were officially opened by Dalton Mcguinty himself in April 2008. 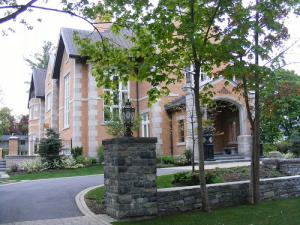 From trees to tower blocks

Sarawak Report’s exclusive revelations are likely to draw fierce criticism from Canadian environmentalists and human rights campaigners, who have highlighted the devastation caused by unsustainable logging in Sarawak.  Over US$25 billion worth of timber has been exported from the state as a result of the rampant, unsustainable logging promoted by Taib Mahmud and the former Chief Minister, who was his uncle.  Less than 3% of the original rainforest remains and many of its indigenous peoples are now destitute as a direct result. 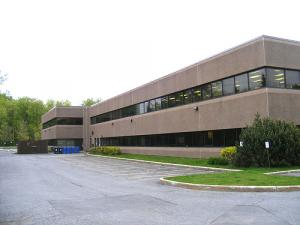 What is now clear is that Sakto’s position as one of Canada’s top development companies is closely linked to the Taib family’s questionable wealth and to tropical rainforest devastation.  Canada’s booming property market of past years has exponentially increased the value of those investments, leaving the Taibs (but not the people of Sarawak) even more fabulously wealthy than before.