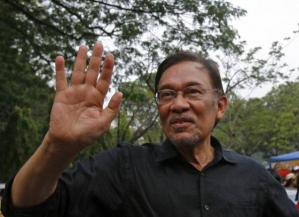 Forced out of Selangor election race

Hundreds of millions of ringgit of public money have been spent by BN on foreign public relations.

All that money and effort has now been wasted by one simple decision to make a martyr of the opposition leader.

The world can no longer be gulled that Malaysia is a modern, moderate democracy, because it is plain to see that it’s the sort of place where the government locks up its political opponents whenever they become too threatening.

The 50th centenary in office, making BN the world’s longest lasting ‘democratic’ regime just reenforces that message to the world.

And it doesn’t help that the ruling clique has chosen a particularly distasteful and backwards-looking charge to pin upon their political target.  It tells the civilised world everything it needs to know about the mentality of the people running Malaysia.

Along with Anwar, wheelchair-bound septuagenarian Karpal Singh is also about to be jailed over a long-running charge of sedition. This is another out-dated law that BN has promised to abolish, but finds it too useful for attacking people who say discomforting things.

Henceforth, the likes of Britain’s David Cameron and Australia’s Tony Abbott are going to find it a lot harder to justify their new enthusiasm for increasing ties and boosting trade with this ‘neglected fellow democracy’.

And those NGOS and human rights groups who have been patiently warning western governments that Malaysia’s progress towards democracy is a BN sham have been handed vital ammunition on a plate. 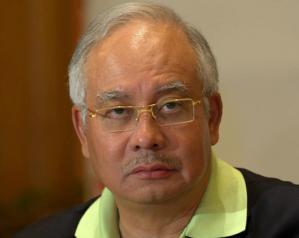 Playing dirty – if BN thinks it might lose it cheats.

The rule in Malaysia is that the higher up the judicial ladder the less independent are the judges.  Today provided a simple case in point for outsiders.

The outcome of a carefully deliberated original trial was over-turned in unseemly and unprecedented haste in a matter of hours.

Malaysia’s once proud legal profession have become on-lookers, while irregularities have become commonplace.

How about the recent release after a period of just token imprisonment of the two still unidentified security officers, who murdered Altantouya Shaariibuu? She had claimed to be PM Najib Razak’s lover, while acting as his interpreter for a scandalous defence submarine kickback deal.

It is right to ask why these men, who abducted then blew up a young woman with army explosives, got only a couple of years when the Court of Appeal is now sentencing opposition leaders to three and five years for matters like alleged sedition and alleged homosexuality, which do not even rate as a crime in most countries?

These are simple and obvious matters that the world will now be paying greater attention to when human rights defenders point them out.

Indeed, by jailing Anwar Ibrahim Najib Razak is taking on an international movement on gay rights and he will see where that leads in terms of good PR in the sorts of countries where BN leaders like to invest their money ie America and Europe.

Indecency and the Malaysian mind – Wolf of Wall Street

BN’s bizarre form of legal persecution against Anwar Ibrahim can only draw even further attention to the embarrassing hypocrisy of this party’s elite.

Consider the licentious content of the movie blockbuster unleashed by the PM’s own step-son, Wolf of Wall Street!

The movie shocked many in Hollywood and lost funding from mainstream studios, largely because of its indecency. Yet Riza Aziz stepped in and injected $100million dollars.

Sodomy is one of the many sexual themes in that movie, combined with an unusual approach to ingesting drugs.

What is treated as a joke in Riza’s Hollywood money-spinner is no joke in Malaysia of course. It represents years of imprisonment under his step-father’s hypocritically prudish and prejudiced regime.

Malaysia’s determination to make a martyr of its veteran political opposition leader will draw attention to some other revealing facts, glossed over by BN’s expensive international PR drives.

This country of some 22 million people rates Number 4 in terms of gross capital flight (illegal money), beaten only by countries with relatively huge populations i.e. China, Russia and India. That is a mighty telling state of affairs.

The world financial markets are likewise looking askance at the extraordinary sums of money that Malaysia has recently been borrowing via irregular off-shore bond deals through 1 Malaysia Development Bhd, chaired by Najib.

Much of this money seems now to have disappeared into off-shore accounts.

The fact is Malaysia is a mess.  BN have lost control over corruption and are only in power because they rigged the elections.  The man who did win most votes is about to be forced into jail.

Najib should view the precedents of other countries and resist provoking his population too far. Does this BN regime really want to drag Malaysia into conflict, just because it thinks it should have the right to rule for ever?