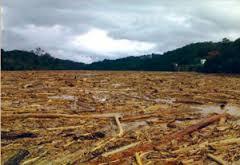 Having vetoed Samling Global because of its destructive and illegal practices back in 2010, the so-called ‘Oil Fund’, which is the world’s largest institutional investor, has now produced detailed reports outlining why it has decided to also reject Ta Ann Holding Bhd, and WTK Holdings Bhd.

Ta Ann is controlled by Taib’s close cousin and effective nominee, Hamed Sepawi, whereas WTK is a well-known crony company that has been convincingly identified as being responsible for the shocking 30 mile log jam along the Rajang River in 2010.

The decision to brand the two massive companies as unethical was not taken lightly.  Norway’s Council on Ethics began its investigations over a year ago and has produced two thorough and tightly argued reports that act as damning indictments against the destructive and illegal practises of both companies.

The Oil Fund has banned Ta Ann both because of the level of its environmental destruction in key areas of the Borneo Rainforest and because the company has disobeyed regulations on Environmental Impact Assessments for so-called re-entry logging:

“Ta Ann’s timber licence areas cover 360,000 hectares of which more than 300,000 hectares overlap with plantation licenses. At least one-third of this area, and probably more, will be cleared and converted to acacia plantations and oil palm plantations. A third of Ta Ann’s licence areas are situated within the Heart of Borneo, and all of the licences overlap with the Sundaland Biodiversity Hotspot, which is considered to be one of the most biodiverse regions on earth. Ta Ann’s own environmental impact assessments show that the forest contains important ecological values and is home to a number of protected species, including many on the red list of threatened species maintained by the International Union for Conservation of Nature. These species are declining quickly because their habitats are disappearing due to logging and the conversion of forests into plantations.”

“Environmental Impact Assessments are required by the Natural Resources and Environment Board when forests are converted into plantations. These requirements have existed in Sarawak law since 2005.A number of documents provided by Ta Ann confirm that re-entry logging is being carried out in licences T/3135, T/3491 and T/0560 even though no EIAs exist for re-entry logging in any of these licences. “

Likewise, the report on WTK produces evidence of quite shocking environmental destruction in Sarawak’s steep jungle regions, which have caused some of the most serious damage to the country and its rivers in recent times.

Both reports make clear that, for these pampered crony companies, the law and logging regulations are there to be ignored.  After all, numerous members of the Taib family have shares in WTK.

“The timber harvesting seems to have caused extensive erosion and numerous landslides along roads, rivers and on steep slopes, which may cause long-term impacts on the ecosystem in the license area. In the Council’s opinion it cannot be ruled out that WTK’s logging practices have contributed to the landslides that filled the Rajang River with 300,000 cubic metres of logs and debris in October 2010. Based on the available information, the Council concludes that WTK’s forest operations appear to cause extensive and irreversible environmental impacts.”

“WTK seems to have breached numerous government requirements which companies normally have to comply with. This applies both to the license area for planted forest and the timber license area, in the three areas which the Council has studied. In these three areas, it appears that WTK has logged outside the concession’s boundaries, in buffer zones along river banks and roads, and on steep slopes, which normally is not permitted in Sarawak.”

The comprehensive and official rejection by Norway of Ta Ann and WTK (and by implication the entire logging and plantation industry in Sarawak) puts the Sarawak Energy CEO and Norwegian national, Torstein Dale Sjotveit, in a bit of a pickle.

Sjotveit has spent the last few years defending Taib’s ‘development’ and ‘modernisation’ policies to the hilt.  However, his direct boss, the Chairman of Sarawak Energy is none other than the same Hamed Sepawi, who is also the Chairman and major shareholder of Ta Ann.

As Sjotveit sets about flooding out the Penan and Kenya from their homes, via demonstrably unethical procedures in Murum, he must be wondering whether Norway’s strict ethical standards will start to be applied to his own activities in the state?

After all, it has been clearly established that this highly paid expat has not only transgressed norms and protocols in terms of hydro-power development, he has also condoned blatant corruption in the handing out of all the major contracts in Sarawak’s dam-building spree to Taib family firms. 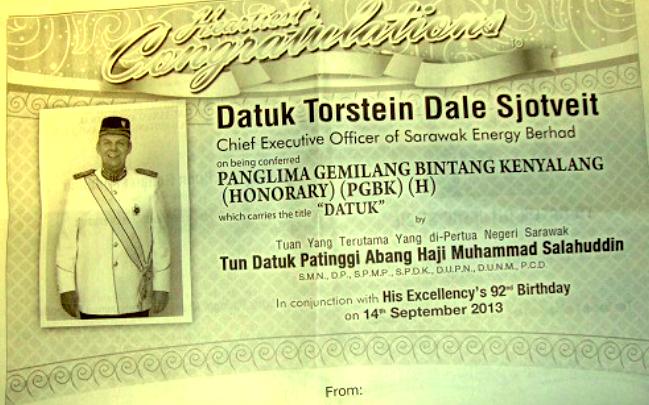 Datuk Torstein! – the title of Datuk has just been gratefully awarded to the complicit Norwegian.

A special investigation into Torstein Dale Sjotveit by the Swiss NGO Bruno Manser Fund describes the Norwegian as being Complicit in Corruption.

Sjotveit’s failure to find a response to the charges has left him exposed, since Norway has legal instruments for dealing with those of its citizens who are complicit in corruption abroad.

So, while Sjotveit stood shouting at police for not being harsher on the protesting Penan at Murum (who have yet to see satisfactory compensation arrangements for being flooded from their homes) he must also be wishing his own country’s spotlight had not fallen so heavily on Sarawak.

Shame also on the less ethical approach of Tasmania

Others who are put to shame by Norway’s ethical stance are the clique of self-interested politicians in Tasmania, who have also refused to take note of Mr Hamed Sepawi’s appalling record of environmental destruction in Sarawak; his global corruption and his evident role as the key front man for the notorious Taib Mahmud.

Likewise, certain pusillanimous environment organisations in that state have taken the position that it is not for them to care about Sepawi’s record in Sarawak, when considering whether to allow Sepawi to set up shop in Tasmania with a subsidiary of Ta Ann, which has already been caught out lying about its ‘eco-friendly’ credentials. 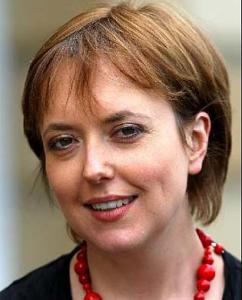 The powers that be in Tasmania have even taken a step further in their business arrangements with Sepawi, by allowing the domestic company Hydro-Tasmania to become embroiled in Taib’s insane mega-dam projects that are in the process of finishing off the rainforest destruction begun by logging and plantations.

Sepawi is the Chairman of Sarawak Energy, which is borrowing billions in the name of the public to build these dams.

And, as if to justify such thoughtless and unethical actions, for very little public benefit to Tasmanians, the Premier of the State herself has just returned from a trip to Japan, where she went to extreme efforts to encourage Japanese buyers, who had already blackballed Ta Ann’s products, for much the same reasons as Norway now has.

The Malaysian timber giants linked to Taib have always proceeded along the same simple business plan of buying off the key politicians necessary to gain access to natural resources, be it Sarawak, Africa or even Australia.

But, it seems that Tasmania has proved the cheapest of the lot to get on side after Hamed Sepawi bragged back in 2008 that he had carefully placed his two publicly subsidised saw mills in the constituencies of the then State Premier Paul Lennon and the Energy Minister, now Deputy Premier, Bryan Green.

Ta Ann’s top Tasmanian champion, Paul Harriss, was also forced to admit he had enjoyed expenses paid trips to Sarawak courtesy of the company as well (all part of an above board fact finding visit, of course). 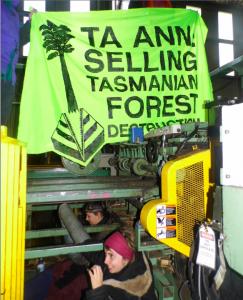 Protestors have sought to highlight Ta Ann’s shameful background in Sarawak – but, unlike Norway, Tasmania’s establishment have maintained that Sarawak’s problems are not their business.

While Norway has written off Ta Ann and given good reasons for doing so, Tasmania has laid open its virgin forests to further destruction by the company and paid this wealthy firm Ta Ann millions in public subsidies on top for the privilege!

In return, the politicians and ‘environmentalists’ sanctioning this so-called Forest Agreement have pointed to a handful of outdated jobs in the lumber industry and to an apparent peace settlement bought with a group of politicians who for reasons best known to themselves are vocal and passionate lobbyists for Ta Ann.

The people of Sarawak deserve better support from Tasmania in their struggle to save their forests, not this unwarranted protection of a company which Norway has now methodically exposed as an unacceptable investment.