In charge of the land handouts

The Sarawak Chief Minister, Abdul Taib Mahmud, who is also the Chairman of the Land Custody and Development Authority (LCDA), which manages state land under the title of Pelita, has been using his control over the government agency to steer prime bits of land the way of himself and his family!

Sarawak Report has found documentary proof that a huge area of 700 acres of valuable state land at 13th Mile Kuching, which had formed part of the Rajah Brooke Memorial Hospital site next to the Semenggoh National Park, has now been absorbed into the Taib family property empire.

The Chief Minister himself holds substantial shares in the property.  In his guise as Chief Minister and Chairman of the LCDA, he himself would have approved and overseen the deal from which he has so directly profited. 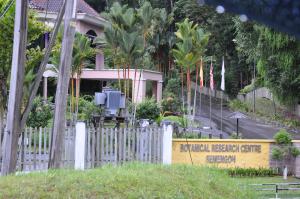 We have established that the land was originally ‘alienated’ from the Hospital and placed under the ‘custody’ of the State in in 1984.  Three years later in 1987 the LCDA then saw fit to transfer the custody of this land, which forms an extension of Semengok National Park, to a company called Lanco Plantations.  Semenggoh is the last remaining sanctuary for Orang Utan in the entire region and as its name indicates, Lanco Plantations tears down natural habitats and plants palms.  The biggest single shareholder in Lanco Plantations is the company Mesti Bersatu sdn bhd, which is owned by Taib Mahmud himself and members of his brother Arip’s family.

The the details of this shameful transaction are stamped ‘CONFIDENTIAL’ in the Land Registry, doubtless in an attempt to conceal the dishonesty of the deal.  Sarawak Report would like to inform readers that a great number of the transactions registered in the Land Registry are likewise marked “Confidential” and we will leave you to draw your own conclusions.

It is local knowledge that the land, which in the past had been given to local people to plant padi and to lepers being treated at the hospital to farm, had been taken from the Hospital and then passed into the hands of Taib’s brother Arip Mahmud.  Villagers in the area bitterly refer to it as ‘Arip’s Land’.  However  they reacted angrily today when they learnt about the full details of the transaction. 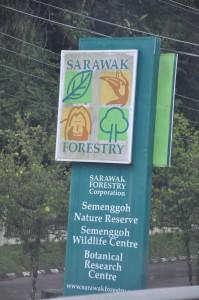 We were able to inform them that the records show that the entire area of 256 hectares (around 700 acres) was transferred to the ownership of Lanco Plantations and their Taib family shareholders for a “NIL” premium.  They were handed it absolutely free.   It is surely for the corruption commissioners at the MACC to enquire on what grounds Taib, as both the Chairman of the LCDA and Chief Minister, gifted such a property to his family?

But nothing for Sarawak

Meanwhile, many of the locals, mainly Bidayu, have suffered considerable hardships, because of the loss of their lands to developments such as the Borneo Highlands Resort and road-building for little if any compensation.  It has now become clear that, since the Mahmuds were getting hold of their lands for free there, will have been no money available for such compensation!

Given that there is no evidence that the LCDA paid the hospital for the land either (which would have at least provided funds to help the sick), it is obvious that the people of Sarawak have got absolutely nothing in return from the from this grabbing by the Chief Minister of land that was originally bestowed on the public by the Rajah Brooke family for the well-being of sick patients.

The profits that have accrued to the Taibs as a result of this secret transfer of land are only too evident.  Research has shown that land in this area is now valued at up to RM 50,000 per acre, meaning that the 700 acres now in their possession are currently worth at least RM 35 million.  The area is presumably now earmarked for palm plantations, despite the destruction that would cause to the National Park.  However, given its proximity to Kuching the general view is that Taib will opt to make bigger profits by building and selling housing. 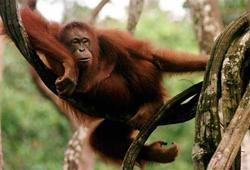 Contemplating having to move? Orang Utans of Semengok

Saleh bin Ahmad, one local resident of the Kampong Mambong area today observed that since the Mulu National Park has now been almost completely denuded and logged by the Taib family, despite its World Heritage Status, the same will probably now happen in their area driving away the last of the Orang Utan.

Do BN acknowledge this is corruption?

Earlier this week YB Karim Hamza, a close political ally and friend of the Chief Minister, went on record to say that there is no reason for a politician to refuse cheap land if someone offers it to them. Referring to his boss, he said that if such land then happened to rise in value by thousands of times over the years then why should the politician not profit from doing business of this kind while in office ?

Therefore, Sarawak Report would like to ask YB Karim Hamzah and all Taib’s other BN supporters, whether Taib’s offering of state land to himself by himself for free falls into this category of “business opportunity” to which he was referring?  We would like to know if this what he means by politicians accepting cheap land ?

On the other hand Hamzah did acknowledge that if a politician were to abuse his political power to enrich himself  that would be corruption.  So was Taib’s use of his position as Chairman of the LCDA to grant himself a huge area of land for free therefore corrupt in Mr Hamzah’s eyes, or does he think he can come up with some further excuses for his boss?

We would also like the BN advocates of the concept of mixing politics with business to consider whether other decisions by the Chief Minister might also have enhanced his profit from the land?  For example, his decision to remove the land from the hospital in the first place and then to make it available for development ?   Was it not this decision, rather than the years which have passed, that has so exponentially increased the value of the land that he has given to himself and his family! 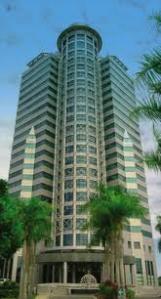 The avowed intention of Pelita, according to the philosophy laid down by its founder the Chief Minister in 1981, is to develop Sarawak’s land for the ‘benefit of the State Sarawak’.  That development has certainly gone ahead. There is scarcely an inch remaining of the country’s once breathtaking jungles.

But onlookers have observed that given the huge swathes of land that have been handed out, generating hundreds of billions of ringgit in timber and oil palm, the premiums that Pelilta has managed to obtain on behalf of the people of Sarawak have been astonishingly minute.  Just a few hundred million in all that time.  We can now see why, since the Chief Minister has clearly been handing out great chunks of land either for free or for a fraction of its worth to his family and himself.

Is it not time for a reforming White Paper to make all those transactions marked “CONFIDENTIAL” in the Land Registry public?  Instead YB Karim Hamzah and his BN cronies have been demanding a very different sort of White Paper to allow them to try to shut up the critics such as Sarawak Report.

A deal marked “CON” for confidential