'Crime Silk Of The Year' Comes To Najib's Aid

A British lawyer has applied to be admitted as a lawyer in Malaysia for him to appear as the lead counsel for former prime minister Najib Razak in the Pekan MP’s final appeal in the RM42mil SRC International Sdn Bhd case at the Federal Court.

A notice of originating motion filed at the High Court through Messrs Shafee & Co on Tuesday (May 31) named lawyer Jonathan Laidlaw as the applicant.

According to the document, Najib’s appeal would involve serious, complex and novel issues to several branches of criminal and civil laws, practice and evidence, the Constitutional rights of the appellant (Najib), the conduct of proceedings by the prosecution, the adjudication of criminal cases by a trial court and the administration of the criminal justice system…

“For the purposes of the appeal, the applicant possesses special qualifications, experience and expertise which is not available amongst advocates and solicitors in Malaysia,” it stated. 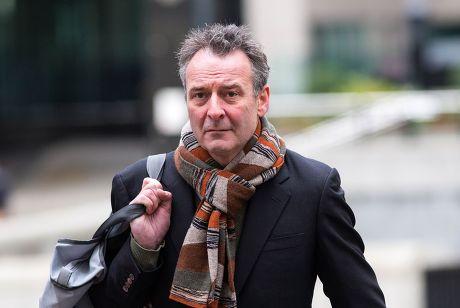 This “Crime Silk of the Year” is certainly living up to his title, seeking to overturn the conviction of one of the most notorious global kleptocrats, brought to book despite his immense power and money by the courts in his own country thanks to multiple international and domestic investigations and a raft of witnesses.

What a professional triumph for QC Laidlaw should he manage to destroy a hard won conviction by the beleaguered forces of law and order and the democratic process in Malaysia against an over-powerful and criminal autocrat who had looted from his people. What a source of pride and income for him!

Meanwhile, his countrymen will hang their heads in shame on his behalf, as yet again Britain’s professional classes have proven themselves to be shameless in their willingness to assist the criminals of the globe either in their thefts, the secreting of their ill-gotten gains, the promotion of their false narratives or in getting them off the hook.

‘Everyone has the right to a defence’ will be Laidlaw’s hoary justification, except his Rolls Royce service will far outclass the defence available to anyone else in Malaysia who have to make do with local lawyers, whom he explains are not up to the immense job of springing Najib.

This is a rich man’s privilege (using stolen cash). We need not expect pro-bono assistance from one such as Laidlaw for the likes of Najib’s bodyguards, for example, who murdered Najib’s alleged mistress to cover up another of Najib’s egregious thefts during the Scorpene affair. On the other hand, theirs is a case at least offers one instance in Malaysia where an Appeal Court ruling WAS over-turned by the Federal Court on grounds that are instructive, not least about Laidlaw’s client.

The Appeal Court had identified several glaring faults and misdirections in the original trial of the bodyguards of the man Laidlaw is defending – not least the absence of a motive on their part and the failure to call vital witnesses (eg Najib and his police chief) and the sudden dropping of charges against a chief suspect (Najib’s aide). Detecting a put up job the Appeal Court had released the bodyguards only to have the Federal Court outrageously re-arrest them and sentence them to death – Najib was by then PM.

Laidlaw should know that the overturning of acquittals as opposed to convictions has been a hallmark of Malaysian ‘justice’ specific to the Najib era, given he is planning on confronting the practices in place.

Back to the present case: helping Najib reverse a far less controversial set of unanimous rulings by the courts will certainly present an unprecedented challenge for the tip-top barrister. Indeed, the Crime QC has made clear he will adopt ‘novel’ approaches to upturn ‘several’ branches of established law in Malaysia to achieve his end. He seems ready to question the administration of the entire criminal justice system in his quest to reverse what might be considered the irreversible, in the absence of corrupt practice at least.

Under normal circumstances, without some stunning new development in terms of evidence or egregious failing by the lower courts, there is really very little a Federal Court ought to be able to do to change such a conviction as Najib’s. However, Laidlaw plans to use his superior foreign arts to be disruptive it would appear, and wary locals might detect murkier plans afoot.

For those who were hoping to at last see some justice against the criminal class who have looted Malaysia unscathed for decades, one recent case raises a glimmer of hope about the outcome of these developments. Laidlaw’s current headline catching client is none other than the tax-evading tennis star, Boris Becker.

Becker has been convicted and sentenced to jail for failure to pay his debts. In the past few hours, through his lawyer Jonathan Laidlaw, the fallen sporting hero has informed the media that he will NOT be seeking to appeal the judgement, having presumably concluded he cannot win, and that he will face his punishment like a man.