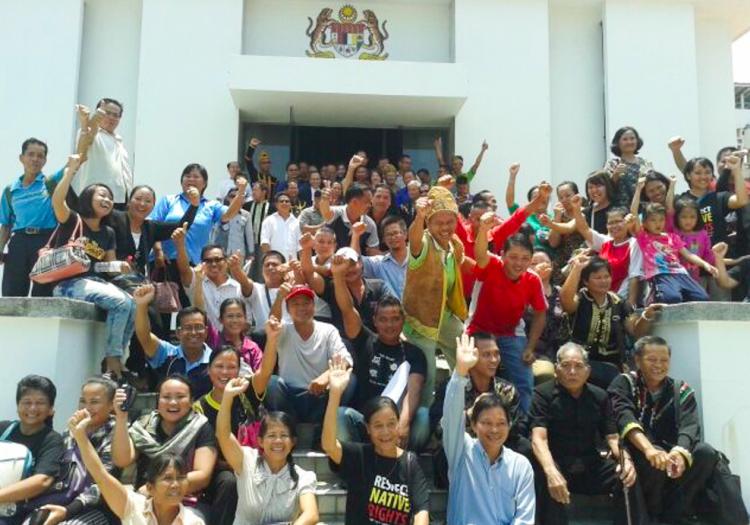 Kota Kinabalu – Mediation by the Chief Judge of Sabah and Sarawak, Tan Sri Richard Malanjum, resulted in the amicable settlement of a 15-year dispute with over 115 trial days between NCR-holders in Tongod on one side and large corporations and the Sabah government on the other.

Justice Douglas Primus of the Kota Kinabalu High Court today issued a court order sealing the Settlement Agreement between the parties that was agreed upon early this month.

The 7 groups of residents, Kampung Maliau, Kampung Minusoh, Kampung Liupampang, Kampung Namukon, Kampung Mananam, Kampung Napagang and Kampung Lanung, Kinabatangan sought for reliefs against the defendants; among which are Hap Seng Consolidated Bhd, Asiatic Development Bhd, Tanjung Bahagia Sdn Bhd, the Director of Lands and Surveys Sabah and the Government of Sabah for land measuring 21,819 acres. The said land was issued to Hap Seng Consolidated Bhd in 1999 by the Director of Lands and Surveys, which was later cleared and planted with oil palm.

The court order today saw over 300 community members as well as supporters gathered to witness the consent judgement before Yang Arif Datuk Douglas Primus at the Kota Kinabalu High Court, and thereafter celebrating the closure of this case.

“Today is a significant victory for Orang Asal in Malaysia. This Settlement Agreement acknowledges by law, yet again, the Orang Asal’s right to their NCR,” Jannie Lasimbang, Secretary General of Jaringan Orang Asal SeMalaysia (JOAS) said.

“Companies and governments should take note of this landmark case and respect NCR to land to avoid the long and costly court process.”

“We applaud the dedication of the Tongod community for their strength and resilience throughout the case, as well as their lawyers, Datuk Kong Hong Ming and Mary Lee for following through this case for 15 long years on a pro bono basis,” she added.

The closure of this case however is bittersweet for those involved. “It has been a very pitiful and depressing experience for the villagers to have their case last this long,” Datuk Kong shared.

“The justice system and operation is a serious disadvantage to poor people such as our villagers who are in no position financially or otherwise to go through and sustain the long and costly court process. Especially as they have to spend time away from their home and travel to the city for the trial, while having to also make ends meet at home.”

“Fortunately they have very good,committed and determined leadership and a strong desire to have a better life in the future. I have learned much from this group of villagers who deserve a much better way of life. They have been deprived all these years,” he added.