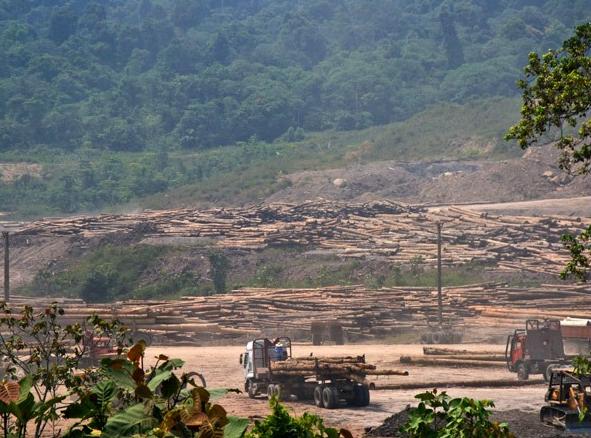 (KUCHING, MALAYSIA) Last week, Adenan Satem, the new Chief Minister of the Malaysian state of Sarawak in Borneo, stunned the world by summoning six of the world’s most powerful timber tycoons – the heads of Rimbunan Hijau, Samling, Shin Yang, WTK, KTS and Ta Ann – and by compelling them to sign a corporate integrity pledge. The pledge, authored by the Malaysian Institute of Integrity, obliges corporations to refrain from bribery and corruption in all aspects of their operations.

According to journalists who attended the event, Adenan lashed out against the timber tycoons, calling them corrupt and warning them that he will “put the fear of God into people who are dishonest.“ While Adenan soon retracted these strong words, he reiterated that corruption and illegal logging in Sarawak were “very serious“ and that Sarawak needed more protected forest areas.

A turning point for Sarawak?

17 November 2014, the day of their public humiliation by the Chief Minister, must have been bitter for Sarawak’s timber giants who have earned billions of dollars under Adenan’s predecessor, the notorious Taib Mahmud. In particular Tiong Hiew King (ranked by Forbes at US$ 1.8 billion), the head of the world’s largest tropical timber conglomerate, Rimbunan Hijau, may have been reminded of the day in the mid-1970s when, all of a sudden, he had been arrested and jailed by a former Chief Minister.

But 17 November 2014 may also go down in history as a turning point for the state which was once called the “fair land Sarawak“ and has last week been labelled “ground zero of deforestation“ by REDD-Monitor, an international body based in Frankfurt, Germany.

While the Bruno Manser Fund commends the new Chief Minister’s resolve to fight corruption and combat illegal logging, pledges alone will not be enough to save Sarawaks’ threatened old-growth forests, which have been reduced to less than ten per cent of the state’s surface.

The Bruno Manser Fund calls on the Sarawak state government to instal a task force to deal with the urgent problems of timber corruption, deforestation and the loss of biodiversity – and to replace the state’s top officials who should have dealt with the current problems a long time ago but failed to do so.

An export ban on raw logs would be one of the easiest and potentially most efficient short-term measures that could be taken, as recently shown by timber-producing countries such as Myanmar or Gabon.

The export of raw logs contributes comparatively little to a state’s economy, both in terms of added value and employment. In 2010, Sarawak accounted for 25% of tropical log exports, despite the fact that only 0.5% of the world’s tropical forests are in Sarawak.

Transparency a pre-condition for the fight against illegal logging

Other measures that should be taken include the freezing of timber concessions over high-conservation value forests, the publishing of all forestry and plantation concessions in order to create transparency, as well as a comprehensive review of indigenous communities’ claims over the forests in the light of the latest court decisions on native rights.

It appears particularly important that indigenous communities who wish to protect their native lands from being logged or converted into plantations, such as in the Upper Baram’s “Penan Peace Park“, should be allowed to do so without restraints.