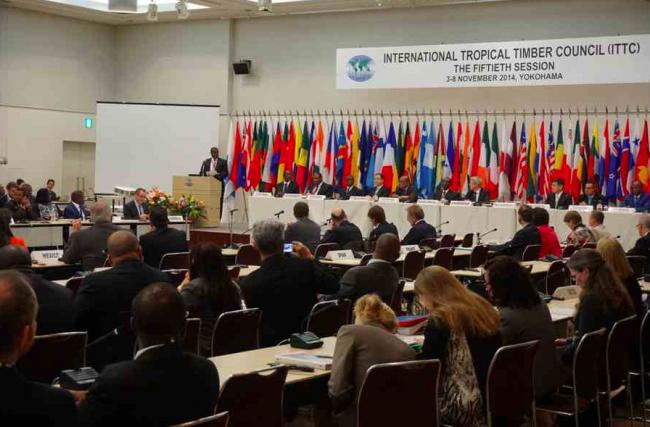 The unrelenting position taken by the Malaysian government will likely cause a stand-off between Malaysia, the world’s leading exporter of tropical timber, and consumer countries. The situation is even more sensitive as ITTO is about to elect its new executive director next week. One of the candidates is the Malaysian timber industry’s chief lobbyist in Europe.

„The Malaysian government’s intervention is an unprecedented and unacceptable attempt of censorship which civil society cannot accept“, BMF director Lukas Straumann said. „We demand from the ITTC that the Bruno Manser Fund will be granted the observer status and that my book can be freely displayed.“

Money Logging is a meticulously researched report on corruption and the destruction of the tropical rainforests of Sarawak. It shows how the Taib family became billionaires during the 33-year tenure of their family head as Chief Minister. Last week, Taib Mahmud’s London lawyer, Mishcon de Reya, had failed in a last-minute attempt to stop the public release of Money Logging.