Remember Remember The 5th Of November!

UMNO have clearly arm-twisted the reluctant Agong (who promptly flew out of the country to open the Malaysian-funded Battersea Power Station development in London) and its political playmates for a November election in the hope a low turnout in the flood season would boost their chances.

They clearly also decided to push through a fantasy budget on Friday and announce an election on the following Monday to create a chimera of economic well-being in order to rush to the polls before the economy tanks as expected (a poisoned chalice for whoever succeeds).

However, there are other events going on in the world that month, including the opening of the trial of the famed Hollywood music artist Pras Michael and his alleged accomplice in seeking to corruptly influence US policy, one Jho Taek Low, which gets underway on November 5th (KL time).

That’s the day Guy Fawkes famously blew up Parliament in Britain and this particular trial will send off plenty of fireworks itself for a party that will be trying to avoid any mention of 1MDB and its former leader Najib Razak throughout the campaign.

The list of prosecution witnesses says it all: this is going to be a trial about how Jho and Najib employed Pras to help them attempt to corrupt and influence political figures from both the Democrat and Republican parties over the period that the 1MDB trial was unravelling to take the heat of them….. and do the odd strategic favour for China which had agreed to cover up for Najib and UMNO in return for leverage over Malaysia.

The tally of no less than 72 witnesses include political lobbyists for Obama and Trump; headline catchers such as the Hollywood star Leo di Caprio; top political figures from the Trump administration – John Kelly, HR McMaster, Matt Pottinger; casino magnet Steve Wyn and a whole lot of others.

Sarawak Report has been the first to expose most of these characters and their involvement over the years, starting with Obama fundraiser Frank White and his notorious ‘solar power project’ and then his ‘private equity fund’ of half a billion dollars to be managed by none other than the rap singer Pras Michael!

All the time UMNO were in government during these alleged crimes by Low and Michel they denied there was wrong doing and supported their now imprisoned leader. Now, despite Najib being jailed, UMNO remains willing to include him in their party and have lobbied to have him keep his seat!

The plot was to hold a monsoon election on the gamble UMNO can win on the low turnout, so that Najib can be swiftly pardoned and released (and the other UMNO goons – namely party president Zahid Hamidi – be let off their charges) on the excuse that the electorate has spoken so who cares about justice?

In which case, the daily revelations of an international headline hitting money laundering and corruption trial in the United States may very well help de-rail that plan as Malaysians will be reminded of all the shocking details, the scale of the theft and the humiliating publicity these kleptocratic crooks have showered on their countrymen.

Too late for Ismail to pull back now. 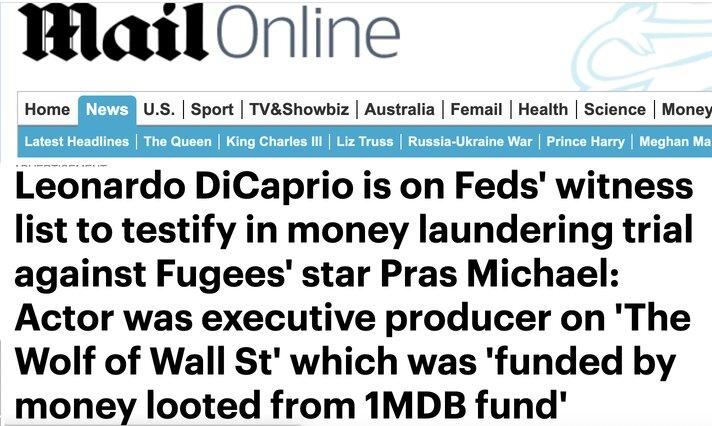 Leonardo DiCaprio is on Feds’ witness list to testify in money laundering trial against Fugees’ star Pras Michael: Actor was executive producer on ‘The Wolf of Wall St’ which was ‘funded by money looted from 1MDB fund’

By ALEX OLIVEIRA FOR DAILYMAIL.COM

Leonardo DiCaprio is listed as a witness in the federal trial of Pras Michel, who is accused of partaking in a multi-billion-dollar money laundering scheme which helped fund DiCaprio’s film The Wolf of Wall Street.

DiCaprio, 47, previously testified in Washington DC in 2019 as a witness to the scheme that came to involve the 2013 blockbuster film he produced with Martin Scorsese.

Court documents show that DiCaprio may now be called on again to testify in Michel’s trial, which is due to begin on November 4.

Michel allegedly received between $8million and $40million for his role in assisting Low – who is known for his celebrity associations – in the scheme. 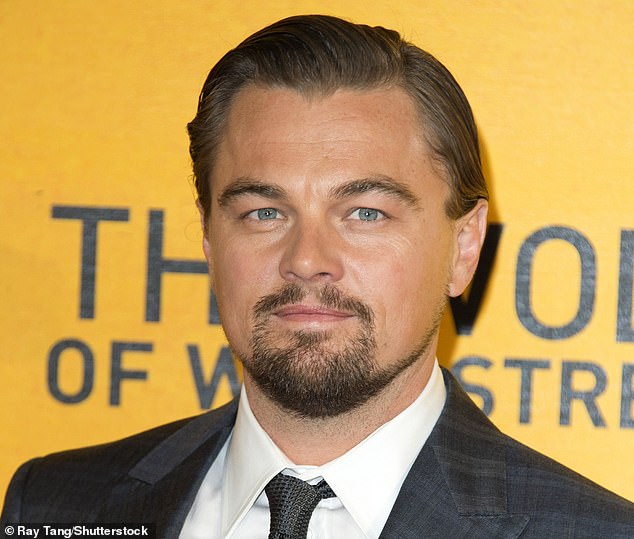 Leonardo DiCaprio is listed as a witness in the federal trial of Pras Michel, who is accused of partaking in a multi-billion-dollar money laundering scheme which helped fund DiCaprio’s film The Wolf of Wall Street 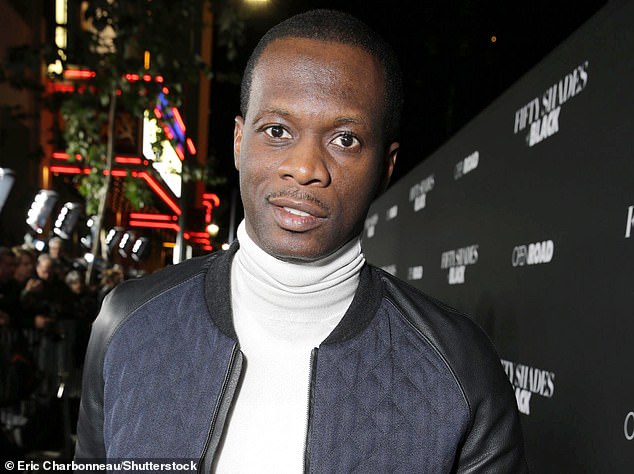 Michel, 49, a rapper known for his involvement in the hip hop group Fugees, was tied to conman billion-dollar conman Jho Low

Pras was also charged in 2019 with helping Low to defraud the US government by transferring over $21million of overseas funds.

Nearly $1million of those funds he allegedly funneled into Barack Obama’s 2012 election campaign through 20 donors to avoid detection, according to The Washington Post.

DiCaprio became unwittingly wrapped up in the scheme when Michel helped fund The Wolf of Wall Street’s $100,000,000 budget.

It is unclear how much money Michel provided for the film. 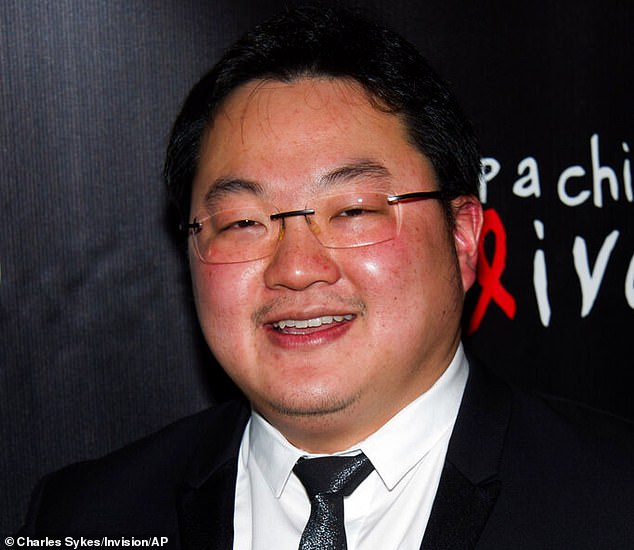 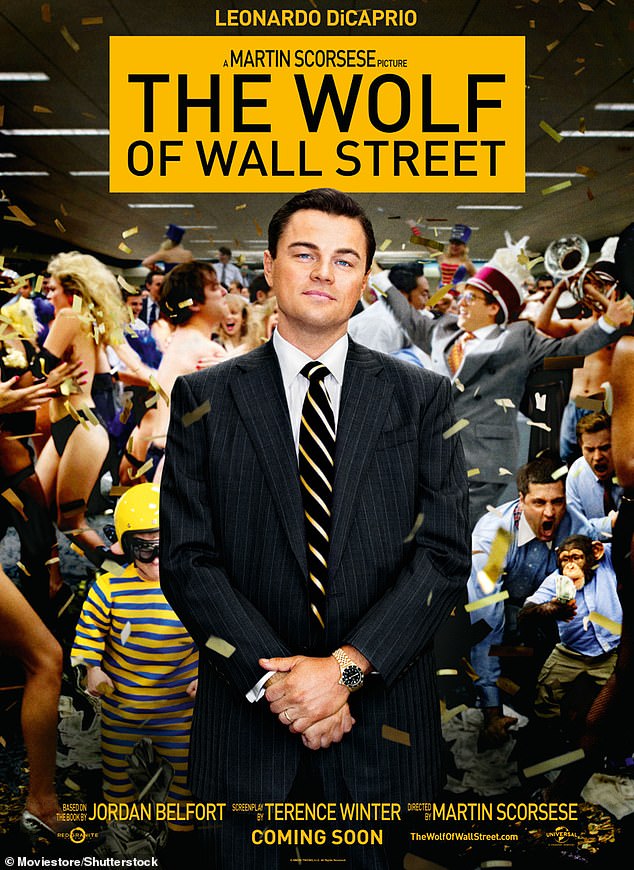 When DiCaprio learned of the charges against Michel in 2019 through media reports, he immediately reached out to the Department of Justice to assist in the investigation, according to CNN.

A spokesperson for the actor said at the time that the actor was working with investigators ‘to determine whether he or his foundation, the Leonardo DiCaprio Foundation, ever received any gifts or charitable donations directly or indirectly related to these parties, and if so, to return those gifts or donations as soon as possible.’

‘Both Mr. DiCaprio and LDF continue to be entirely supportive of all efforts to assure that justice is done in this matter,’ the spokesperson continued. ‘Mr. DiCaprio is grateful for the lead and instruction of the government on how to accomplish this.’

Michel’s troubles deepened in June 2021, when he was charged with lobbying the Trump administration to drop the investigation into him and Low.

Including DiCaprio and the Trump officials, the US government’s witness list includes 72 individuals.

The investigation seemed to derail a planned Fugees reunion tour – while the band announced their tour was cancelled over COVID-19 precautions, Puck reported in August that it was actually disbanded because the Justice Department refused to let Michel travel abroad. 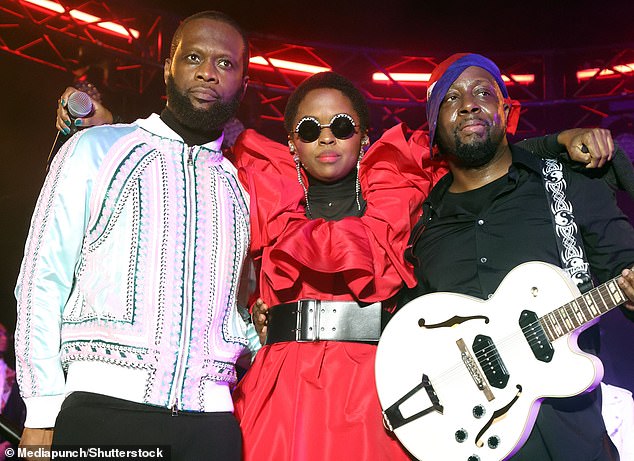 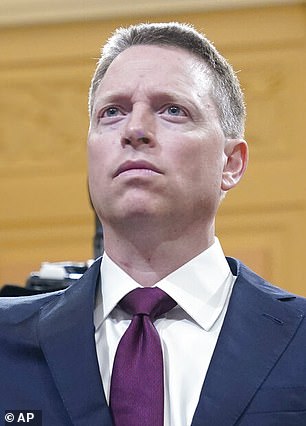 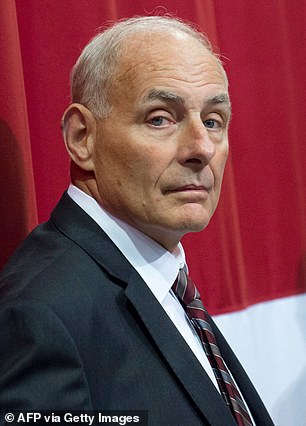 Though Low is also on trial with Michel, the billionaire conman will not be in the courtroom in D.C. as he whereabouts remain unclear.

The most recent reports suggest he is living feely in China, while many bemoan that the Malaysian government is doing next to nothing to find him.

Want to get alerts for new articles ? see our Subscribe page