A Polite Question To Abu Dhabi

Since way back in 2015 Sarawak Report has published evidence showing that extraordinary multi-million euro payments were being made monthly to a company named Oceanus Maritime Limited that was plainly related to an entity named Topaz. 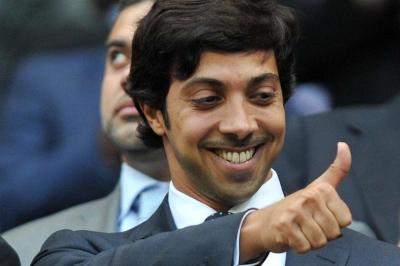 Thumbs up for the game – Sheikh Mansour has poured millions into Man City, but did they come thanks to 1MDB?

Topaz was known to be the 5th largest super-yacht in the world and to belong to Sheikh Mansour, brother of the Crown Prince of Abu Dhabi and the new high-spending owner of Man City Football Club, at the time charging up the league table thanks to Mansour’s purchases of top players.

Sarawak Report had only obtained a snapshot of the situation with much left to be confirmed. However, five payments over consecutive months in 2012 (following the so-called 1MDB ‘joint venture’ with Mansour’s IPIC/Aabar) each of around €6 million could only raise considerable questions. 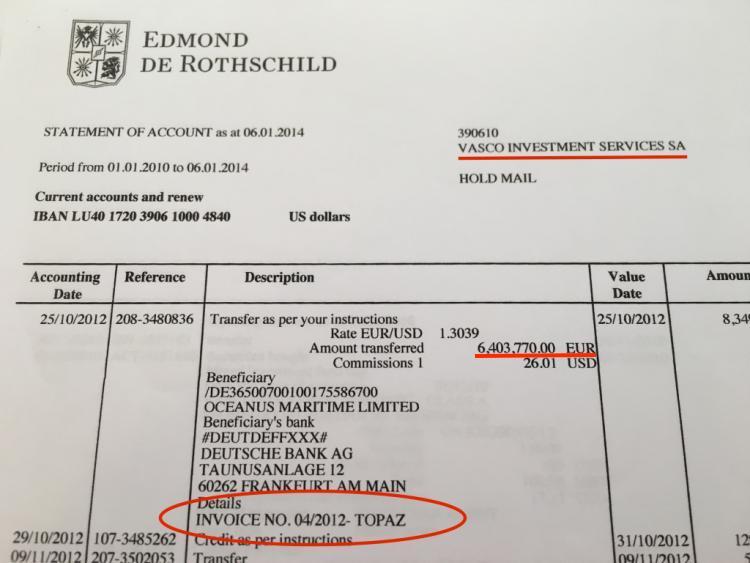 Monthly payments of around €6 million went to Oceanus Maritime Limited, now revealed as the company that owned the yacht to repay the loan raised to buy it from Deutsche (‘Dodgy’) Bank

A number of years and several global scandals related to 1MDB have passed since then. However, what has been notable has been the concerted effort by both Najib Razak, as the former Malaysian PM and head of 1MDB, and Sheikh Mansour’s powerful brother, the Crown Prince (MBZ) to shut the matter down.

First, Abu Dhabi sacked and jailed the front men like KAQ at their own sovereign funds IPIC/Aabar, which had ‘joint ventured’ with 1MDB (MBZ had presided together with Najib over that ‘joint venture’ but Abu Dhabi had never produced their side of the deal).

Next, Abu Dhabi had bailed out the horrendously exposed Najib to prevent 1MDB from imploding on the international markets. However, they had secretly demanded an outrageous price for that assistance, which Najib had been only happy to have Malaysia’s Finance Ministry pay out through a secret arbitration process done in London.

It was only after the new PH government took over in 2018 that the clock started ticking on the process. 1MDB took IPIC to court and, in one of the landmark judgements in the UK of the last year, the London Court of Appeal recognised Malaysia’s right to get the matter heard in an open court of law as the two countries worked out which parties were responsible and had profited from the billions stolen from Malaysian taxpayers.

All that came to an instant end with ‘Moo’s Coup’.

Some might even consider that the pressure the case has put on the Malaysian hierarchy’s key royal friends from the Arabian Gulf could have played its part in hastening the overthrow of the PH government and subsequent freezing of this increasingly successful prosecution of IPIC and its royal bosses on behalf of the people of Malaysia.

Perhaps, it was the release of recordings in February by the previous MACC chief that had made the pressure intolerable?  The tapes revealed discussions between Najib and the Abu Dhabi Crown Prince, in which Najib effectively threatened his royal contact that ‘people MBZ was fond of’ could become implicated unless he helped bail out the scandalous 1MDB.

The Crown Prince is heard answering that he understood the awkwardness of the situation and would do what he could. Subsequently, as the world knows, the bail out of 1MDB in return for those outrageous conditions in favour of Abu Dhabi’s IPIC was secretly achieved.

A Just Settlement Must be The Price To End This Case

Shortly after this shocking exposure of the MACC tapes the Malaysian government was over-turned and a couple of defectors (namely ‘Moo’ and Azmin Ali) with just a handful of followers between them were appointed to lead the country. In which context it is perhaps noteworthy that the Crown Prince of Abu Dhabi is a close friend of the present Agong also Sultan of Pahang, the state represented by Najib Razak.

As Sarawak Report was the first to reveal, the London Court case over IPIC’s complicity in the thefts from 1MDB was immediately  ‘put on hold pending negotiations’ thanks to the agreement of both parties in the period immediately following this coup.

Matters have since appeared frozen….. save for the relentless progress of the DOJ’s separate investigations into the money laundering scandal of the century, which is 1MDB.

As Sarawak Report has relayed over the past fortnight, the latest DOJ filings on this vast case have at last delved into those mysterious payments originally made from the Vasco Trust kickbacks account worth half a billion dollars and funded by thefts from 1MDB.

According to the Department of Justice of the United States, an astonishing total of US$160 million of that stolen money was funnelled via the whopping regular outgoings that SR had identified in 2015 into paying of Mansour’s ocean toy.

The US investigators have been able to explain that the monthly invoices were to meet the repayments due on a $400 million loan that the youthful Sheikh had taken out with Deutsche Bank at the time he bought his massive yacht.

What we now therefore know is that quite apart from any of the other fraud conducted by officials at IPIC/Aabar relating to 1MDB, the second most powerful sheikh in Abu Dabhi, the favoured younger brother of the Crown Prince and Chairman of IPIC, used thefts from 1MDB to pay off his personal debts on an extravagant luxury – at the expense of Malaysia’s poorest.

Perhaps like Najib this royal sovereign wealth fund boss will say he simply didn’t know how his yacht was paid for and that it was all arranged by his proxy KAQ, now languishing in jail in Abu Dhabi?

Perhaps he will claim that minions handle such things as the mere payments for the world’s 5th largest super-yacht and he had no reason to understand that his toy had come at the expense of Malaysia’s expensively leveraged ‘development fund’?

As Chairman of Abu Dhabi’s second largest sovereign wealth fund possibly he thinks he can play ignorant that multi-billion dollar deals conducted by the fund he was in charge of just happened to produce vast kickbacks that went into the repayment of his own pressing private loans?

In which case he may wish to hire a certain legal eagle named Shafee Abudullah from Malaysia to help him argue his case. Shafee is Najib’s own lawyer and prime pusher of the argument that leaders can be ignorant yet also considered competent – as long as it brings billions of stolen ringgit into their own personal accounts.

Najib lost that case of course and were a similar criminal case to be lodged by Malaysia for this theft of $160 million dollars then Sheikh Mansour would be the name cited in that charge. Instead, the Najib government issued charges against Sarawak Report for alerting the world to these suspicious transactions.

Sarawak Report has heard from reliable sources that KAQ has told several people that he was working as a proxy for Sheikh Mansour on this particular 1MDB deal and the cut went 50/50. Which would make eminent sense since Mansour signed off on the 1MDB deal and used the kickbacks to pay off his yacht. His brother the Crown Prince officiated at the 2013 launch of the 1MDB/IPIC ‘Strategic Partnership’.

Any deal agreed to in this present 1MDB/IPIC negotiation that covers up these payments and lets one of the wealthiest princes of Arabia walk away from having stolen from the mouths of Malaysians in order to pay for an expensive toy is not acceptable.

With all the details now sitting in the open Abu Dhabi needs to come to the table just like Goldman Sachs and admit its part and pay up properly.

Otherwise, the role of Sheikh Mansour will come under ever increasing scrutiny as the money flows behind his mammoth payments into Man City and purchases of top football players start to be weighed against this $160 million illegal discount on his super-yacht.