A month ago the little island of Dayang Bunting just 15 minutes away from Langkawi’s Kuah town was a forest covered little gem near to Malayisia’s top tourist destination. Locals who have got in touch with Sarawak Report say that it was a quiet place of great beauty to vist and a place where a small population lives peaceful traditional lives. 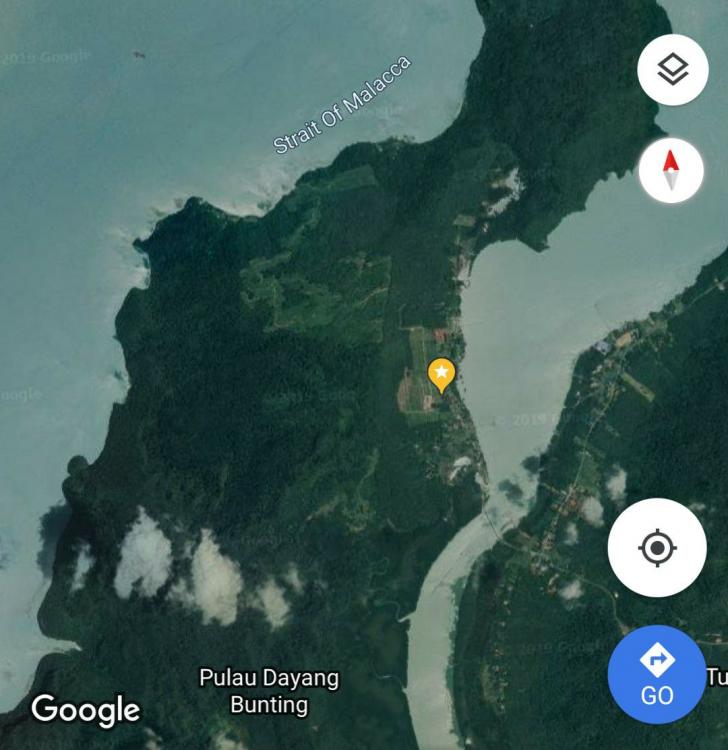 How easily modern technology, capital and greed can alter that and in Malaysia it can happen right under the nose of the authorities in the prime minister’s own consituency it seems.

Three months ago, without apparent warning or a notificiation of a permit to the local people a couple of mainland businessmen pitched up and set up a mobile saw mill right next to the inhabited area of the island. They are believed to be working with a local Chinese Malaysian businessman based on the island.

Within a month with the aid of their light machinery the workers had stripped out at least half a square kilometer of trees, say locals, which were then dragged to the makeshift mill and sliced into plywood. One has written to Sarawak Report:

“I have seen logs onsite, and they also have machinery under a roof (the red and grey building in the middle of the cleared area on the map – a kind of workshop), which transforms the timber into very thin sheets (a few millimeters thick) – this is what gets exported.” 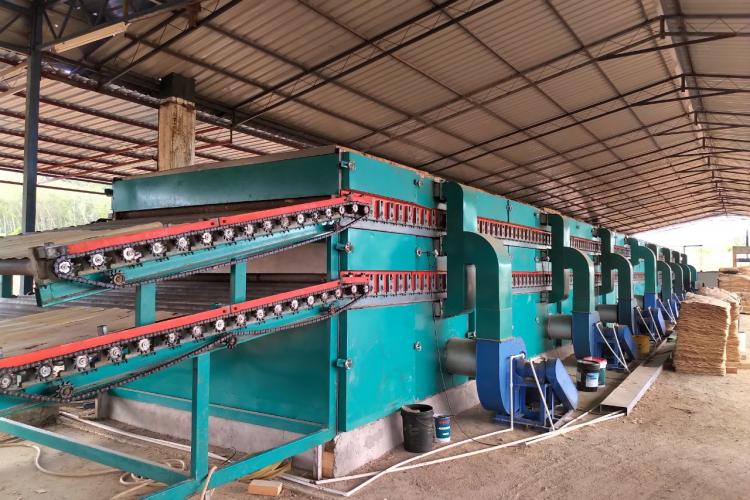 The makeshift mill at Dayang Bunting – in just days a destructive operation can be put in place to conduct flash raids anywhere there is wood to take.

A bridge links Dayang Bunting to the neighbouring island Pulau Tuba, which has a jetty for larger ships. Locals say that trucks have been spied making the journey across loaded with wood and that the understanding is that the thin wooden sheets are being exported on to China. 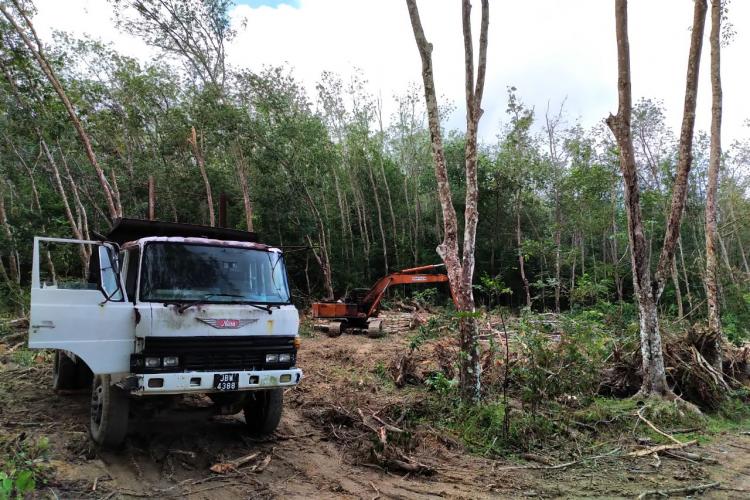 Locals seem largely at a loss over what to do and who has sanctioned what is going on, but their understanding is that the flash raiders intend to keep up their destruction until they have cleared the island of all its wood.

At which point it is valid to ask, where was the decision made to permit this grab by outside raiders, where was the notice to the local community, where is the permit and if none of these have been obtained where are the police and related authorities of the state charged with land and forest management? 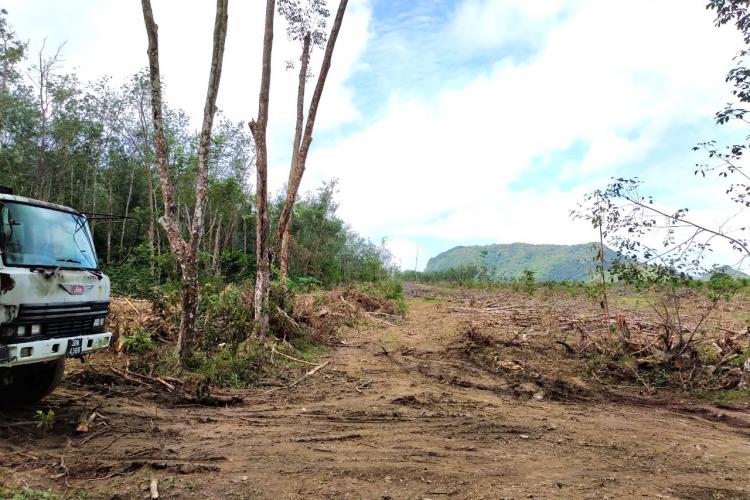 Destruction of a whole eco-system by selfish resource-grabbers

Malaysians need to understand that if this sort of resource grabbing can be got away with by such low level, cheapskate operations then the future of their emerald islands will resemble Alice Springs Australia.

The price of greed is suffering and as any forest dweller or farmer knows you have to preserve and garner your resources to provide for another day, not destroy the lot for an instant blow out.

The outside cash-mad raiders don’t know and don’t care about conserving the resources of our planet – they are already urban dwellers reared amongst concrete and ignorant of how the food and water reaches their table every day.

However, the authorities in Malaysia need to know better than to allow these sorts of thieves and plunderers to get away with raids like this – they should be caught and punished. 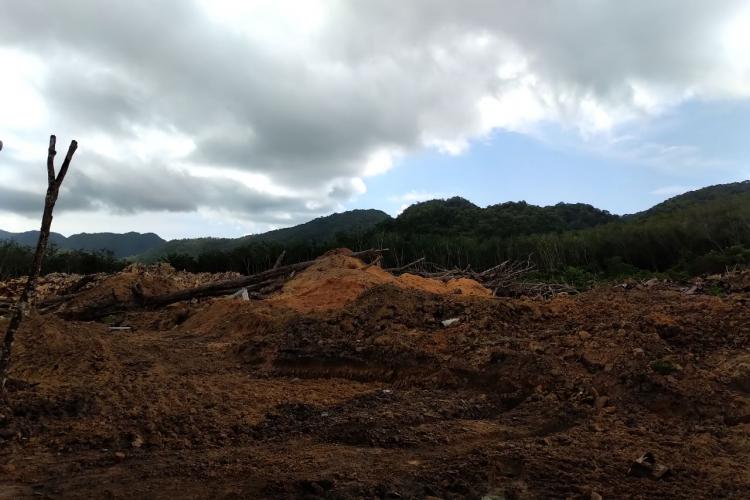 Where there was beauty now destruction

Now that the local MP, who happens also to be Malaysia’s prime minister, is aware of what is going on in this corner of his constituency perhaps he can take some action and also ensure that the government addresses this wider problem of forest plunder both great and small in Malaysia, before it results in an even greater environmental and human catastratrophe than has already befallen the region?

Tourists certainly don’t fly across the planet to see stuff like this.

Depressing wasteland where birds and animals once found a home.