Squabbling Whilst Borneo Burns And Kids Inhale The Fumes

Malaysia and Indonesia are now trading blame and insults over who is responsible for the latest toxic blasts of burning peat fumes.  So much for their earlier unity against ‘protectionist’ Europeans seeking sustainable guidelines to restrict the eco-vandalism of the palm oil business.

Sarawak’s Deputy Chief Minister Douglas Uggah is the latest into the fray suggesting satellite pictures prove the fault lies entirely with Kalimantan – in fact, the leaders of both regions have been up to the same business for years with Sarawak’s political elite amongst those who have most profited.

More to the immediate point, what is being done to protect Borneo’s children and their families from the cancer-inducing properties of the ‘haze’ that is refusing to lift any time soon?

One Malaysian paediatrician and frequent writer on public affairs Dr Amar-Singh HSS, a former Head of the Paediatric Department of Ipoh’s RPB Hospital, has today decried the decision by Malaysia’s National Disaster Management Agency to send 500,ooo face masks to the beleaguered Borneo states as if these were some kind of genuine protection against the fumes.

He has brought some actual science at last to the argument and he has also highlighted the evidence of a worrying tendency to cover up the actual dangers of this now annual smog that has plagued the region since timber plunder and careless mass agriculture drives began in earnest during the 1980s.

Once again it has been Borneo’s most vulnerable and cash-deprived indigenous communities – the long-term owners of these burning lands – who have been worst affected by the deadly consequences of the burning. However, without the money to buy lawyers or interest politicians or newspapers their plight has gone unremarked.

The Fallacy of Masks in the Face of Indonesian Smog

Dr Amar-Singh HSS points out there is little to reassure ordinary folk in the sending of these masks:

“from all available information, the masks sent are ‘3 ply surgical masks’ and of little value. It is important that misinformation and misleading actions not be created by government sources as it may confuse the average person on the street.

It is important to recognise that most of the harmful substances in the smoke/smog coming our way consist of toxic gases and very small particles, most under 2.5 microns in size. Analysis of the air coming from the Indonesian haze suggests that the chemicals we are inhaling include ozone, carbon monoxide, cyanide, ammonia, formaldehyde, acrolein and benzene; some with long term carcinogenic effect. In addition the ultrafine particulate matter (PM 2.5 microns or less) often lodge deep in the lungs and have short and long-term effects on cardiovascular and pulmonary diseases. (see: https://news.mongabay.com/2017/11/how-unhealthy-is-the-haze-from-indonesias-annual-peat-fires/).

Dr Amar-Singh HSS explains that even Malaysia’s own government guidelines make clear that single ply surgical masks are ineffective against such chemicals as are 3 ply surgical masks which also cannot filter toxic gases and fine particles (< PM 2.5 microns).  On the other hand the paediatrician accepts they “may offer some protection against larger particles that irritate, hence may be useful for some exposure outdoors, on a bike, etc.” (see: http://www.moh.gov.my/index.php/pages/view/190).

He also warns “once these surgical masks are damp (wet) or you cough or sneeze in them, they are ineffective. They last at best 30-60 minutes; so they need to be changed very often.”

You may argue that sending 500,000 of 3 ply surgical masks to Sarawak is ‘at least doing something and is better than doing nothing’. But if they last 1 hour and are largely ineffective, who are we fooling? Why waste this expense, which could be put to better use to fight the real problem and, more importantly, not mislead the public.

The doctor also points out that staying indoors is unlikely to be much more of a protection.

If we close all entry points, some studies have shown the build-up of harmful toxins indoors. Air conditioners cannot filter out fine particles and gases and also damage the environment further (two degree centigrade rise in city temperatures with rampant air conditioner use). Those selling ‘air purifiers’ make lots of claims that still require detailed studies on their efficacy and may not be effective.

Cover-Up Over Thousands Of Deaths?

There are further concerns about the failure by either Indonesia or Malaysia to fully address these dangers year after year, rejecting that there is any possible threat to human health.

A recent article by the research team on the respected Monga Bay website (started by an American economist Rhett Butler in response to his dismay at the wanton destruction he viewed in Sarawak in the 1990s) warns the attitude may have caused a deliberate overlooking of the consequences of peat fires:

Two independent studies have estimated that the 2015 Southeast Asian haze crisis caused somewhere between 11,880 and 100,300 premature deaths. However, because these estimates were based on remote sensing and models – and not “hard data” – they were roundly rejected by the governments of Indonesia and Malaysia. There, officials maintain, only 24 Indonesian and zero Malaysian deaths can directly be attributed to the 2015 haze. The rest of the health issues, they have claimed, were just temporary respiratory irritations that cleared up when the haze lifted.

Nailing down how severely the fires affect health has been notoriously difficult. Accurate numbers for hospital admissions and mortality are not freely available, or in many cases are nonexistent….  However, while some study results may contradict one another, the body of science as a whole is less hazy on the conclusions: smoke from uncontrolled fires is a deadly threat to Southeast Asia whose victims number in the thousands, not dozens.” [Monga Bay]

It is an article that makes for very troubling reading and Malaysian and Indonesian politicians who fall back on blaming each other for the problem rather than cracking down on peat burning and ending all further conversion of forest to plantations in Borneo are in danger of being held personally resposible for failing to protect their populations from a plain and present danger.

The fact of the matter is that many of the huge companies involved in burning Borneo are Malaysian on both sides of the border.  A decade ago this writer slipped through the guarded gates of an IOI plantaion in mid-Kalimantan and filmed the ongoing logging and illegal draining of a vast area of peatland forest by a long line of bulldozers working 24/7 to clear the land.

Smouldering fires were visible across the newly cleared peat areas at that time, which we filmed. Beautiful, but inidentified flying insects fled the destruction but with nowhere to go. Other animals were clearly trapped behind retreating from the bulldozers.

When challenged by Sky TV over these scenes IOI claimed the land being cleared was licenced to a separate company, despite being accessed via roads leading from its guarded gates. There is no evidence that IOI intervened or denounced the clearances and later in 2016 the Round Table on Sustainable Palm Oil suspended IOI for, amongst other violations, operating on deep peatland in Kalimantan.

Newly Married – the Minister for Climate Change and owner of IOI

In an uncomfortable twist in terms of ministerial objectivity, the son of the billionaire owner of IOI has just recently married Malaysia’s Minister for Climate Change creating a strange conflict of loyalties in this important department, which no one has yet apparently seen fit to resolve.

The Minister for Primary Industries meanwhile appears to be in some form of official marriage of responsibilities with the Chief of the Malaysian Oil Palm Board and is rarely if ever seen at public engagements without this industry representative at her side. 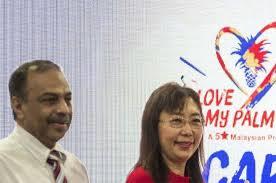 The impression continues to be therefore that the grip long exerted by this big business over Malaysian government decision making is yet to be affected in any way by the change of administration. To the contrary it has strengthened.

That grip ensures that policies continue to favour these billionaire businessmen and that far from regulating them properly the authorities are letting them off approprate sanctions and deterrents against bad practices, whilst ordinary people are sent face masks that don’t work against the toxic gases created by their dirty practices.

Authorities want to reassure us that breathing in smog/smoke for a few months every year for decades is harmless. No one believes this. There is some immediate effect in terms of respiratory irritation but breathing in the chemicals mentioned above will in the long term result in a significant impact on lung and heart health and cancer risks with an increase in premature deaths (shortened life spans).
We must see this seasonal haze/smog problem in the context that more than 90% of our population is consistently exposed to PM 2.5 levels above WHO recommendations (see World Bank Data: https://data.worldbank.org/indicator/EN.ATM.PM25.MC.ZS).  So our daily background exposures are already exceeding safe standards and these yearly spikes for one to two months exacerbate our worsening air pollution and health.
We require honest, meaningful responses from our government and a decisive plan to end the current crisis and prevent the yearly occurrences. Already we are paying the unrecognised price from two decades of seasonal pollution from our neighbour (possibly thousands of people with shortened life spans each year). We cannot continue with this in the face of our worsening local ambient air pollution.” 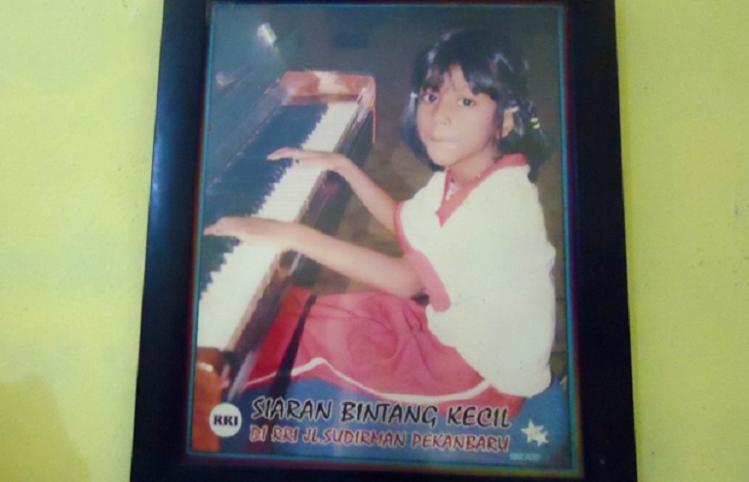 Hanum, who died in 2015 as a result of toxic haze, according to a law suit brough in Riau province, also beset with slash and burn fumes (Mongabay)