Let’s start by sharing out some blame.  Back in 2007 the EU set about enacting one of the world’s worst ever policies cloaked with ‘good intentions’, namely its Renewable Energy Directive that stated 20% of the bloc’s energy consumption should be produced from ‘renewable energy sources’ by 2020.

Renewable Energy was defined as including bio-fuel from sources such as soya, palm oil and the rest.  In terms of tackling climate change there could hardly have been a more counter-productive measure and the decision owed to what must go down as one of the most evil and cynical lobbying exercises in history. 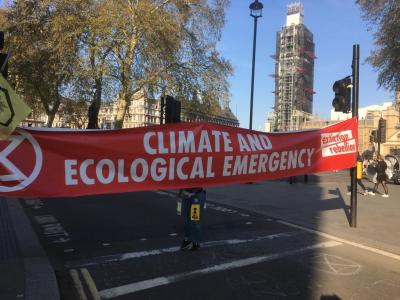 London’s ‘Extinction Rebellion’ has paralysed the capital over Easter Week.

Amongst its disastrous effects the derective provided a seemingly inexhaustible market for palm oil and turbo-charged the market logic for cutting down the Borneo rainforest by Malaysian and Indonesian companies, backed by greedy political interests.

The clearing of rainforest, particularly in peat areas which comprise much of mainland Borneo, is one of the largest drivers of global warming. the Borneo Jungle had long been recognised as one of the three ‘lungs of the earth’ yet it was being razed to the ground in favour of a methane gas pumping agri-business.

Thanks largely to the determined campaigning of many NGOs and the facts brought forward by climate change scientists, the penny eventually dropped about this awful error amongst EU decision-makers and we are now seeing a major backtrack with the latest directive to stringently limit the use of palm oil linked to deforestation. 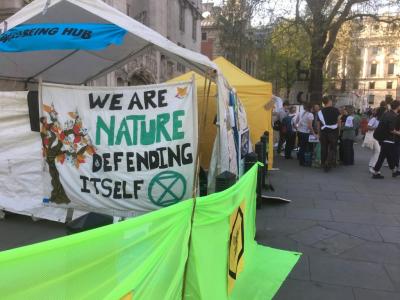 Young campaigners are not ‘defending UK farmers’ against Malaysian palm oil, they are protesting against the consequences of global agri-business

For Malaysian industry interests a once promised cash cow has suddenly dried up pretty much overnight – Sarawak Report has been told that Europe’s bio-deisel represented 60% of the country’s entire palm oil exports and most of it no longer qualifies under the sustainability criteria.

You can understand how investors and the Malaysian and Indonesian governments have felt betrayed.

On the other hand, unless mankind wakes up NOW we are on the brink of destroying our own habitat. So, would it not be better to barter for fairer treatment than to destroy the planet?

What price would one pay for a life-saving lung?

Over millennia mankind has shown itself very able at turning nature’s Eden, from which we all emerged, into varying forms of desert.  However, in the present age our technology revolution and burgeoning population has enabled us to do it at a terrifying rate. 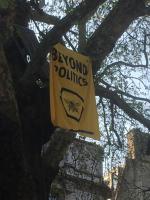 It’s not about politics

The speed has been so shocking that many of our world leaders, who are advanced in years, have yet to absorb the science behind the impact of ‘development’.

The carbon in our atmosphere has roughly doubled in half a century say scientists and that is creating a warming blanket around the earth, dangerously disruptive to key cycles and climate systems on which all life depends.

Yet, US president Donald Trump remains a ‘climate change sceptic’ as are other old men, who are still focused on creating cash businesses rather than understanding the consequences of our ability to destroy rivers, forests and the coastal regions for short-term gains.

It is the young and more recently educated, who understand the problem and who, together with some of the world’s poorest people, have to live with the consequences and bring their children up in a world of mass extinctions and climate chaos. 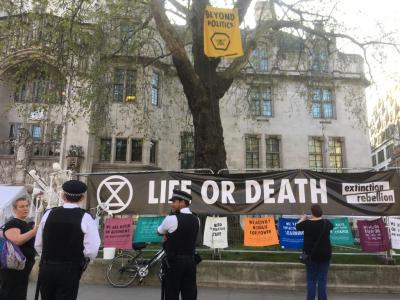 It is this generation who politely protested in KL over the weekend and who are currently filling up the streets of London over their so-called Extinction Rebellion.

It is our youth who rightly understand that mankind is facing an existential challenge never before encountered.

It will be a test of our powers of adaptation and survival, whether after a history of combatting nature and each other in order to survive, our species can now learn to work together and curate nature to survive instead.

This is the scary situation that European legislators are responding to as their populations start to panic about the realities of the science. There is a very real understanding in all advanced economies that everyone around the world (particularly the wealthy) must discipline their lifestyle to save this planet. 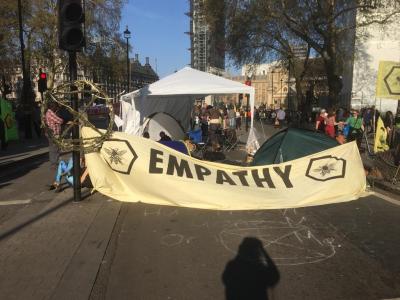 Can Malaysia forge a better deal to save its forests?

Rather than fighting these decisions, Malaysia should act smart and work together with the next generation and the chastened EU to forge a better model for raising money from its valuable tropical forests.

After all, in its present mood the world would pay a very good pice for a new set of lungs.