Last week, residents from two Iban longhouses in Kanowit travelled to Kuching to present a signed petition to the Sarawak Forestry Department calling for an end to years of encroachment on their native lands at Bukit Spali in Sungai Ngemah.

In particular, they want the revocation of logging licences allegedly granted to two privately-owned companies – HTK Holdings and Smartgold Resources.

It is not their first protest. Last year, members of the community lodged a number of police reports in Kanowit and since 2016 they have sent numerous letters to Sarawak Forestry, which have to date gone disgracefully unanswered.

So little surprise that when they travelled to Kuching on Thursday in the hope of handing their petition to the Director of Sarawak Forestry they were told that he was ‘too busy’ and had to settle with leaving it with an unnamed office clerk.

Matek Geram, an indigenous rights activist from the Sarawak Dayak Iban Association (SADIA) says the disputed area is home to many protected animals including the hornbill and that logging threatens the community’s important cash crops such as rubber, engkabang, durian and rambutan trees as well as their sacred burial grounds.

On top of that, he points out that the land is located very close to the Lanjak Entimau Wildlife Sanctuary. 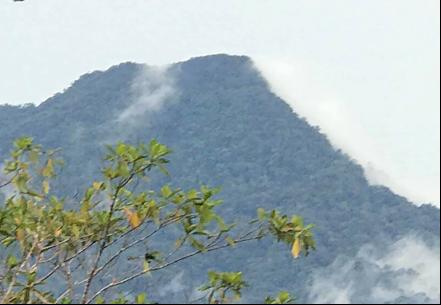 “The government should cancel the timber licences given to the companies immediately. The logging must stop as it’s destroying the flora and fauna and threatening to wipe out the original owners of the Bukit Spali area. Dayak cannot continue their life without land, forest and rivers as these three things are our banks and our supermarkets. We don’t want to become immigrants on our own lands.” [Matek Geram] 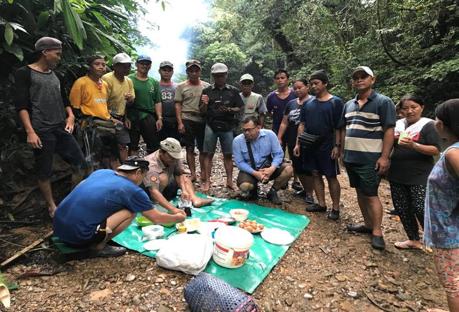 So Who’s Behind The Companies?

Both HTK Holdings and Smartgold Resources have virtually no online presence, which begs the question how did these privately held ventures secure such lucrative logging concessions on native customary land along with the active support of the Forestry Department?  It appears that as ever in Sarawak, political connections are involved.

HTK Holdings was incorporated in 1986 and its nature of business is described on official company records as the “extraction and sale of logs”. But despite having access to such a vital piece of Sarawak land, the company is owned by just two individuals. The largest shareholder is former SUPP Senator Hii Tiong Kuoh, the second a Datin Sia Bik King has very little internet presence at all.

Smartgold Resources was registered in 2011 and has “no business activity” listed on its official company record. The largest shareholder is a Mr Lau Pung Sung who was previously named as the Chairman of First Binary, a company with its own controversial  record with respect to Native Customary Land disputes involving the bullying and arrests of protesting landowners.

The other two listed shareholders Yii Hie Ling and Mohamad Yussof bin Rahmad appear to have no internet presence. 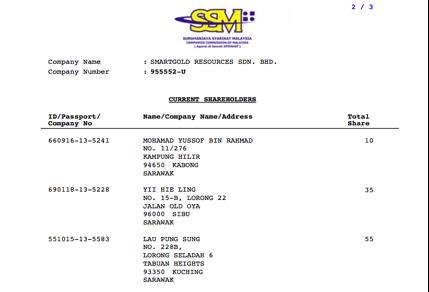 Smart Gold maybe, but what about Smart Forestry and Indigenous Rights?

So, since Sarawak Forestry and others have conducted themselves in a manner too grand to bother to address the concerns and queries of the indigenous peoples whose lands are being destroyed by alleged licence holders, are these officials and their political patrons prepared to come out and show all the documentation behind this series of concessions and explain why it is that due process in terms of informing and negotiating with the idigenous owners of the lands (all of them as opposed to a couple of paid patsies from the communities concerned) appears to have been by-passed?

The primary industries minister has just announced a halt to further oil palm related deforestaion, however state governments like Sarawak still hide behind their decision-making control over resources in their region.

On the other hand, these local state potentates do no have control over the law of the land and they ought not to have the right to hide details over the handouts of public lands and resources to political cronies and connected family members, as has been the persistent practice of the corrupted government of Abdul Taib Mahmud now governor of Sarawak. 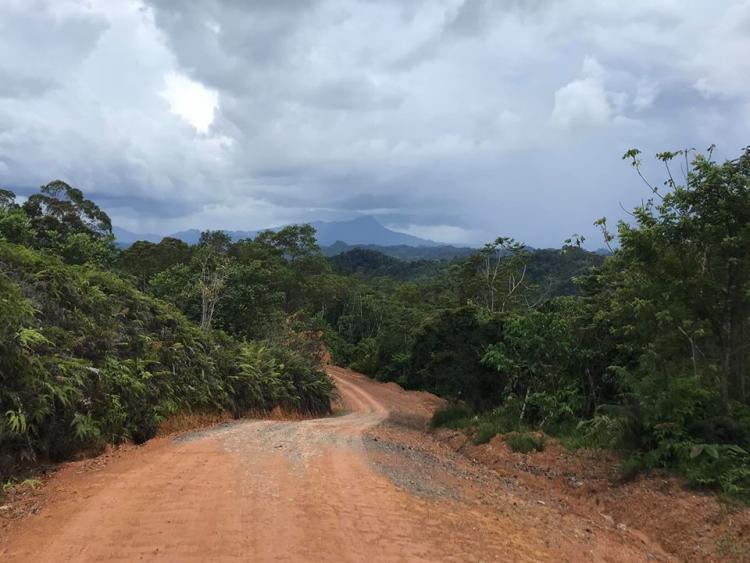