After months of secret investigations and enquiries the French regulators have now made their own 1MDB related seizures, according to a swathe of local reports over the weekend.

Properties valued at up to 150 million euros belonging to the convicted former Chairman of the Abu Dhabi fund Aabar (a subsidiary of IPIC of which he was also CEO) have apparently been taken over by the authorities, including an enormous property that has been rented out by the state for the equivalent of RM90,000 a week, after it was secretly sequestrated at the end of last year, according to Le Monde: 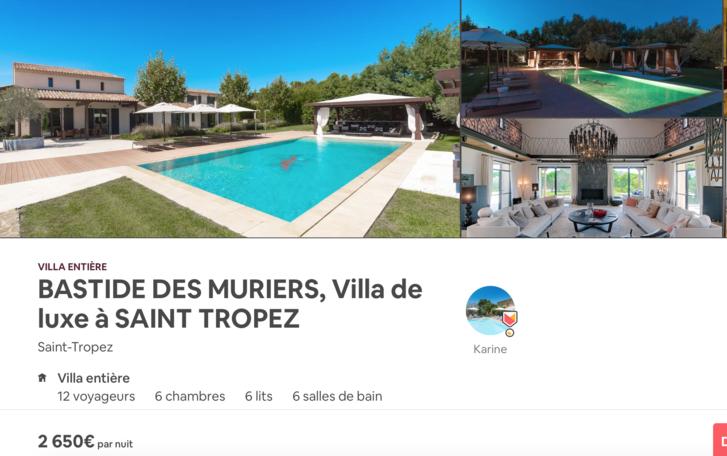 The country house, situated near the Cape of Saint-Tropez, was bought for 11 million euros, according to another publication.  Also apparently seized were a luxury villa in Ramatuelle estimated at 7.9 million euros and an apartment Avenue Montaigne in Paris acquired for 4.4 million euros plus another near the Champ de Mars costing 4.6 million.

The luxurious Cote d’Azure around Saint Tropez and the swankier arrondisements of Paris were the Abu Dhabi fund manager’s second home and playground away from the more restrictive atmosphere back home, it would appear.

Back in 2015 Sarawak Report broke the story of Aabar’s questionable involvement in 1MDB, including numerous pictures that bore evidence of a dual lifestyle by the seemingly sober executive, responsible for investing billions for the sovereign wealth funds he controlled on behalf of the Royal family – and in particular Sheikh Mansor who is the titular head of the sovereign wealth funds.

Fleets of customised sports cars lined up outside ‘KAQ’s” properties (as Khadem al-Qubaisi was known) had become something of a local attraction in the South of France. He owned at least 50 such vehicles, all personalised with his distictive KAQ imprint on the wheel hubs and materials. Many were already seized last year, in Switzerland which was where several of the cars were stored.

Sarawak Report revealed details of the Paris properties back in 2015, which were surprisingly under the directorships of his bank manager of the time at Edmond de Rothschild Bank Luxembourg, Marc Amboisien, who acted privately for a number of Khadem’s businesses before Sarawak Report revealed that kickbacks of over half a billion dollars had been funelled into the fund manager’s Vasco Trust account at the bank during the course of 2012-13.

Those kickbacks turned out to have been linked to the corrupt guarantees arranged by KAQ on behalf of 1MDB and Najib’s fixer for the fund Jho Low, as part of the $6.5 billion bond deals raised for the Malaysian development fund by Goldman Sachs – a series of transactions that are now the subject of serious scrutiny and prosecutions by law enforcers in the United States, Abu Dhabi, Malaysia and Singapore.

Sarawak Report has learnt that Jho Low secretly visited KAQ at his St Tropez ‘hideaway’ on at least two occasions to discuss the 1MDB deals. He arrived by helicopter, which landed on the spacious lawns of the property on on visit.  During another such meeting the two conspirators met up in the kitchen area of one of KAQ’s favoured night spots to discuss plan, apparently in order to avoid being seen openly together.

Sarawak Report understands that the investigations by the Luxembourg authorities into the role played by Edmond de Rothschild Banque Privee (in June 2016 no less than 90 police officers raided the bank) remain on-going. Marc Ambroisien has left his position as CEO and has claimed unfair dismissal.

For some time the banker remained as a director of several components of KAQ’s private business empire, despite the fact that al-Qubaisi was rounded up and jailed in Abu Dhabi soon after Sarawak Report broke the 1MDB scandal in 2015.

Intriguingly, another major part of the KAQ’s global business empire, which he built up in just a short period in the aftermath of the Barclays Bank bail out following the crash in 2008 (for which he appeared to have been the major beneficiary of a highly contentious multi-million commission paid by the bank) was the Hakkasan nightclub chain based in London, but focused on Las Vegas with a plethora of global off-shoots in the form of casinos, clubs, restaurants and hotels resorts.

Sarawak Report revealed that the owner of the company behind Hakkasan, which coincidentally boomed following the injections of cash into KAQ’s Vasco account from 1MDB, was indeed Khadem al-Qubaisi.  Following his disgrace ownership appeared to transfer in 2016 to a separate entity with a new raft of directors, including the Republican senator Norm Coleman, a lawyer.

Sarawak Report identified that the majority of the new directors were in fact close business partners and relatives of al-Qubaisi, who appeared to be acting as proxies on his behalf.  However, Hakkasan issued a statement confirming that none of the money injected into the group had come from Vasco or 1MDB, declaring the group to be ‘ring-fenced’ from those corrupt sums.

The group referred merely to a relatively small loan provided by KAQ’s own company Aabar and did not address the issue of conflict of interest – Sarawak Report has identified numerous business ventures into which the Abu Dhabi fund injected cash, where KAQ also held an interest.

It has now recently emerged that the latest company statements for Hakkasan show that, following the apparent failure of talks of a merger with a rival nightclub chain in Vegas,  there has been yet another transfer of ownership in just the past few months.

The new owner of Hakkasan is none other than Aabar, the company at the heart of the on-going 1MDB scandal, of which Khadem al-Qubaisi was the Chairman. 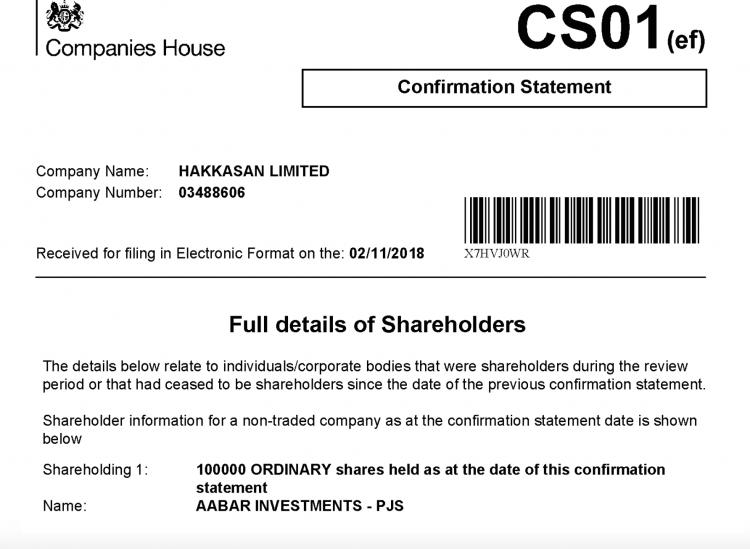 New owner of Khadem’s clubs? None other than Aabar!

(in the process of further updates……)