Two years after Sarawak Report first identified the existence of a stunning collection of super sports vehicles belonging to the now jailed Abu Dhabi fund manager Khadem Al Qubaisi (KAQ) the Swiss authorities have now issued seizure notices for a dozen of the Swiss registered cars, according to the Swiss paper Le Temps.

Le Temps quotes officials who surmise that there are a total of 50 such cars still registered to KAQ amounting to a calculated total value of CHF50 million (RM200 million) and the rest are understood to be located elsewhere in Europe. 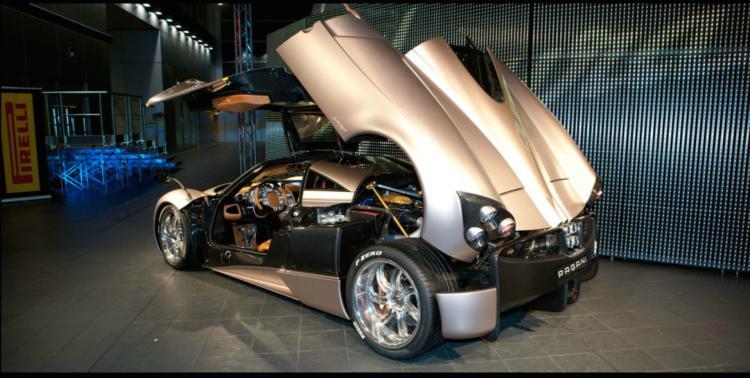 As revealed by SR, the valuable bespoke vehicles, which were usually embossed and upholstered with the signature KAQ emblem throughout, were stored in lock-ups across Switzerland or parked at his various properties in Paris and the South of France.

Whilst he was still enjoying his freedom as the ‘King of the Riviera’, the former chief executive of IPIC and chairman of its subsidiary investment arm Aabar Investments PJS would often be spotted cruising around San Tropez or in Geneva in one or other of his eye-catching super-vehicles, including ‘his and hers’ matching blue and pink Bughatti Veyrons, a Huyara, McLaren PI and bespoke Ferraris. 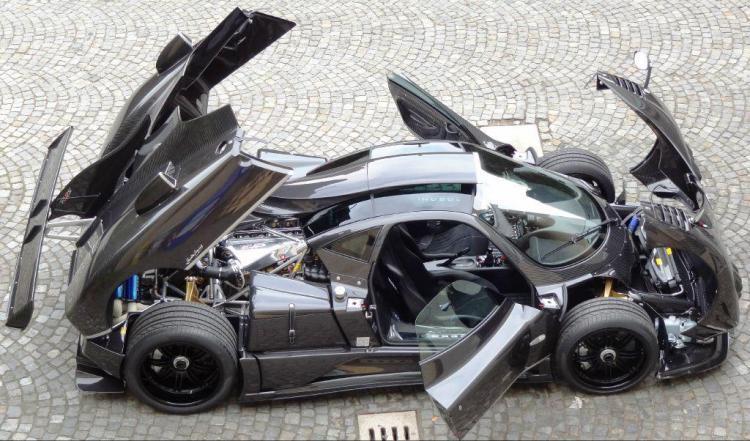 However, the spree came to a dramatic halt within days of Sarawak Report’s first article revealing the apparent double life of the business executive, who had apparently developed an insatiable taste for fast cars and the fast life, after acquiring hundreds of millions of dollars in backhanders as a key collaborator of Jho Low in a series of billion dollar heists from 1MDB. 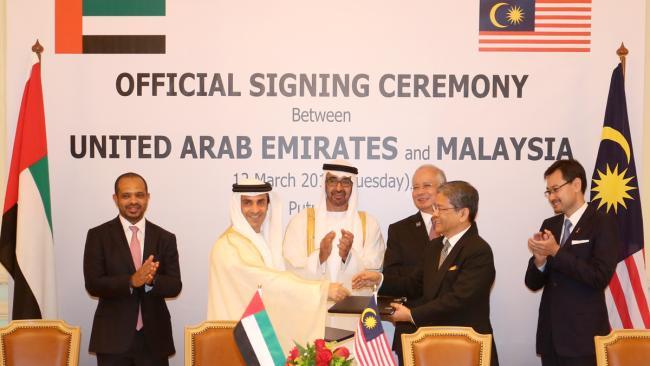 Signing a ‘Strategic Partnership’ with 1MDB and Najib in 2013, after which hundreds of millions hit is Luxemburg account

The news of the swoop was reported yesterday in the Swiss paper Le Temps, which has followed the 1MDB affair since its inception.  There will now be intensive scrutiny into the origins of the cash behind the purchases as Malaysia seeks to retrieve as much as possible of the money missing from 1MDB. 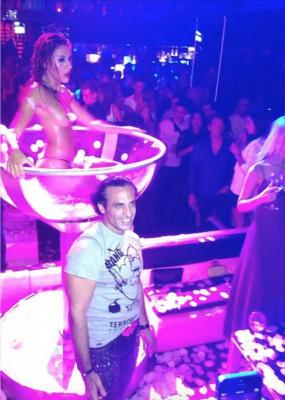 Off duty – the other side to the fund manager, as revealed by Sarawak Report

Sarawak Report has detailed how in the course of 2012-13, following Aabar/IPIC’s collaboration in the raising of $6.5 billion through 1MDB bonds issued through Goldman Sachs, over $500 million flowed into KAQ’s Edmond de Rothschild’s Luxembourg bank account, held in the name of the off-shore registered Vasco Trust.

That money then flowed into numerous business ventures and assets owned by the rogue fund manager.

According to Le Temps, the “mind-blowing collection” of vehicles impounded include a Pagani and Bugatti worth up to 2.5 million francs each.

See the google auto-translation of the article:

Super-luxury cars owned by Emirati financier Khadem al-Qubaisi were sequestered by the Federal Public Ministry. Their total value would be around 50 million francs
A collection of “super-cars” registered in Geneva and owned by one of the main suspects of the financial scandal 1MDB was seized by the Public Ministry of the Confederation (MPC), learned Le Temps sources close to the file.

These rare models of sports cars, including Pagani and Bugatti worth up to 2.5 million francs each, belong to Khadem al-Qubaisi, former president of the Swiss bank Falcon and director of the Emirati sovereign wealth fund IPIC. This flamboyant financier has received more than $ 472 million from the looting of the Malaysian sovereign fund 1MDB, according to a civil complaint from the US Department of Justice. He was indicted in the 1MDB Swiss investigation. 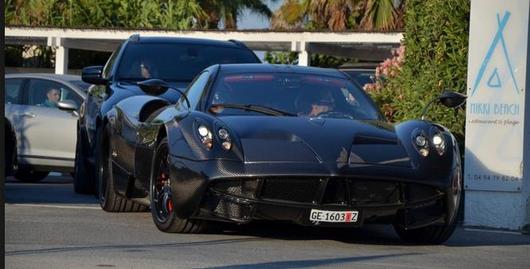 [Khadem al-Qubaisi leaving the restaurant of St. Tropez Nikki Beach driving one of his Pagani Huayra.]

Two sources with direct knowledge of this procedure confirmed to Le Temps that the MPC seized cars belonging to Khadem al-Qubaisi, without specifying the exact number of sequestered vehicles. According to one source, the Emirati financier had amassed some fifty cars, all carriers of Swiss plates, a dozen of which would still be in Switzerland and thirty others elsewhere in Europe. The value of this extraordinary collection would be around 50 million francs.

Some of these supercars are kept by the Geneva Vehicle Service, in warehouses kept secret for security reasons. Roland Godel, spokesman for the Department of Infrastructure of Geneva, on which depends the Service of the vehicles, indicated to Le Temps that he could not speak on this file, this one being in the hands of the Public Ministry of the Confederation. The MPC excludes itself behind its policy of “not commenting on possible procedural steps”.

What is the point of this accumulation of similar models, especially vehicles as expensive as Bugatti Veyron? In the hyper-rich, buy series of similar cars is not exceptional. “In their midst, having a supercar is almost the norm, so they want a whole collection,” said English financier Paul Naden, a sports car enthusiast, in the Evening Standard newspaper in 2007. A connoisseur of the Al-Qubaisi file compares this accumulation with “completing his collection of Panini vignettes”.

Khadem al-Qubaisi’s cars were imported into Switzerland by JokerDrivers, which has an office at the Geneva Free Ports. The company website, says it does business with “prominent characters, who […] are passionate about life, want excellence and understand luxury and exclusivity”. The boss, Leonardo Pace, did not want to speak on the case.

Switzerland is a good place to import and re-export luxury vehicles because of its attractive VAT rates and attractive tariffs. The owner of a “super-car” will pay 8% VAT and 4% customs duties, or 12% of taxes in total. In France, the same vehicle would be taxed at 30% (20% VAT and 10% customs duties).

Khadem al-Qubaisi used his Swiss cars to move to Europe, especially in Saint-Tropez where he owned a dozen villas. The Malaysian blog “Sarawak Report” published in 2016 an image showing it coming out of the beach restaurant Nikki Beach at the wheel of its Pagani Huayra registered GE 1603Z.

It is unclear to what extent his collection of supercars was paid for by misappropriated money of 1MDB. A person who knows Khadem al-Qubaisi said that he was “already rich before” this case. The US civil complaint of 2017 details the purchase by the Emirati of luxury properties in the United States for some 100 million dollars, but says nothing about cars. According to someone close to the file, the MPC was able to seize vehicles either because it suspects that they are the product of fraud, or as a “countervail”, to secure the payment of a future fine or to compensate losses inflicted to 1MDB.