Sarawak Report has already drawn attention to the BN government’s links to the notorious firm Cambridge Analytica and its parent company SCL Media, caught up in the scandal of Russian Facebook meddling during the American elections.

Now it has emerged that another notorious company that we also revealed had close ties to Najib, namely FBC Media, has also been drawn into the US Russia investigation over covert and illegal election tactics.

Sarawak Report exposed FBC Media (a UK company run mainly by US Directors) as long ago as 2011, when along with Anwar Ibrahim this blog became the subject of extensive dirty tricks and defamation campaigns, which turned out to have been funded to the tune of tens of millions of dollars through the Prime Ministers Office and by then Chief Minister Abdul Taib Mahmud.

FBC Media closed after we proved that it had made millions from breaking broadcasting rules, deceptively producing supposed news programmes, which were in fact designed to boost paying PR clients, usually governments with image problems, including Malaysia.

The UK regulator OFSTED later produced a major report into the failings of broadcasters such as the BBC, CBS and CNN that allowed themselves to carry FBC Media’s deceptive programming.  The BBC also conducted a major enquiry resulting in recommendations to prevent phony PR shows.

Back in 2011, shortly before we blew the whistle on the company, Paul Manafort used FBC Media to promote his key client, the Russian-leaning former Ukranian leader, Yanukovych, in his campaign to retain power.

Exactly in the same way that Najib Razak had hired the company to deliberately attack and defame Anwar Ibrahim, Manafort produced a briefing for Yanukovych detailing how FBC Media would build:

“a digital content strategy with both pro-active and reactive elements aimed in the initial phase at deconstructing Yulia Tymoshenko [the opposition leader] and positively projecting Ukraine”.

Significantly, this covert operation to ‘deconstruct’ the opposition leader was to launch using material placed on the rightwing American ‘Tea Party’ website, Red State, according to the newly-released strategy document from 2011. 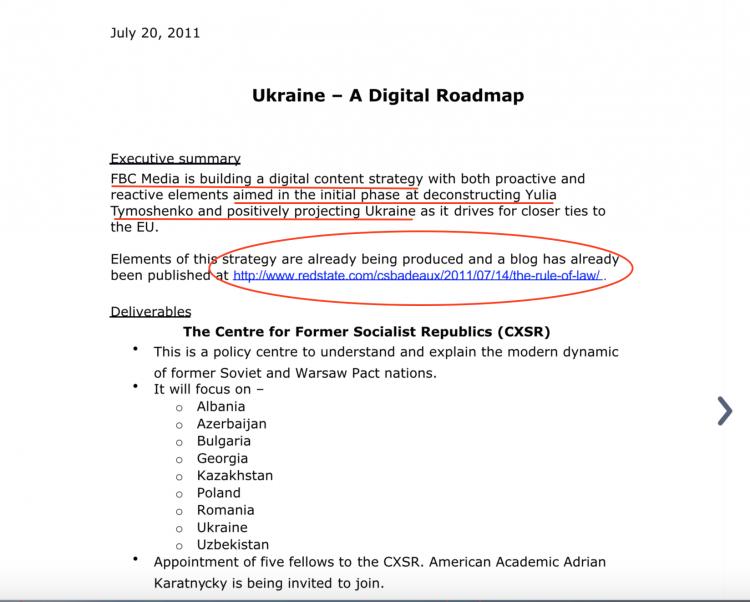 Christopher Baddeaux was also hired to rant and rave against Anwar Ibrahim and Sarawak Report by the owner of Red State, Josh Trevino

Red State was run by another new media strategist for hire named Josh Trevino, whom Sarawak Report also soon exposed for working covertly together with FBC Media to attack the political opponents of the company’s various international clients.

Josh Trevino, through his company, which was aptly named Rogue Strategic Communications, ran a number of websites, which carried these commissioned hatchet jobs in the guise of genuine articles supposedly expressing the genuine opinion of the right-wing, virulently pro-Israeli groups that Josh Trevino purported to support.

Another of these supposedly US oriented websites was called New Ledger, dedicated in 2010-2011 almost exclusively to defamatory articles against Anwar Ibrahim and the editor of this website.

Trevino was later sacked as a commentator for the Guardian after this website exposed that in assisting FBC, producing his various websites and writing purportedly objective opinion pieces, the blogger for hire was in fact acting as an agent for foreign interests, including Najib, without declaring the fact, as required under US law.

We reported together with the Independent newspaper that the Malaysian government had paid  FBC/Josh Trevino at least RM84 million ringgit for his vicious blogging against BN opponents.

The emergence of Najib’s ties to yet another of the world’s dirtiest political PR operators, just days after we exposed his links to Cambridge Analytica/ SCL, confirms a long-established pattern on the part of the present Prime Minister, who appears to be addicted to investing in highly expensive Black Ops PR and foreign media advisors.

His current Communications Head, Paul Stadlen, used to be the KL station head for APCO, the American/Israeli PR company that he was forced to sack after it emerged that he was paying millions of dollars also for its promotional campaigns.

Black Ops employed against Sarawak Report have included the use of false Twitter and Facebook accounts to promote attack articles and You Tube films via sponsored content campaigns.  Specially commissioned attack websites and so-called sock puppets to sneak in and alter Wikipedia in malicious ways were also all used by Najib’s paid PR campaigns before emerging in the US 2016 election.

Apart from these foreign campaign strategists, Najib also openly employs thousands of paid so-called domestic “Cybertroopers’, whose official job is to troll and attack websites regarded as leaning toward the opposition.  One of the Prime Minister’s most trusted key advisors, Habibul Rahman, is known within political circles as the local man in charge of Najib’s Special ‘PR Black Ops’ along with other sensitive, behind the scenes strategies to target and undermine the opposition. 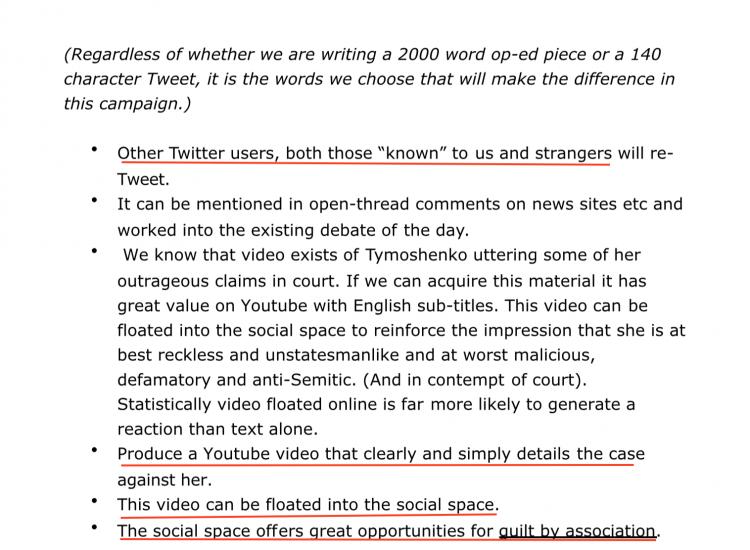 How much public money is being spent on such campaigns is currently unclear, although MACC investigation papers leaked last year to Sarawak Report have demonstrated that tens of millions of ringgit stolen from 1MDB were distributed to a swathe of online and PR operations targetted at promting BN and undermining the opposition parties.

We can look forward to seeing the products of the latest multi-million dollar strategies over the coming weeks and can rest assured, it won’t be pretty.