Britain and America have been rocked over the weekend by new revelations about the Trump-Russia nexus and the related alleged abuse of social media to help the President win the 2016 election.

At the heart of the storm is a company known as Cambridge Analytica, which is a subsidiary of the private UK intelligence company Strategic Communications Laboratories (SCL), whose main activity is what it describes as scientific advice to clients wishing to influence the outcome of elections.

The Observer/Guardian newspaper has now established that SCL harvested the Facebook details of at least 50 million American citizens in the run up to the US Presidential election, working together with a Russian computer expert with close ties to Russian universities.

Working together with Trump’s election advisor Steve Bannon, who gained major funding from the US billionaire Robert Mercer, SCL/Cambridge Analytica then deployed that information to secretly attempt to influence voters by playing on their knowledge of individual likes and preferences.

The evidence follows months of blatant denials by both the company and Facebook that Cambridge Analytica had ever received Facebook data.  Those denials by SCL boss Alexander Nix have now been dismissed as lies by the chair of the House of Commons’ digital, culture, media and sport select committee, Damian Collins:

“Nix denied to the committee last month that his company had received any data from [his firm] GSR,” he said. “We will be contacting Alexander Nix next week asking him to explain his comments.” [Damian Collins, The Observer/Guardian]

On Friday Facebook finally admitted that it had known in early 2015 that the British company had siphoned out the information and had demanded that it be destroyed. SCL/Cambridge Analytica had simply failed to respond and Facebook now admits it did nothing about it.

“We need to hear from people who can speak about Facebook from a position of authority that requires them to know the truth,” Collins said. “Someone has to take responsibility for this. It’s time for Mark Zuckerberg to stop hiding behind his Facebook page.”

As GE 14 approaches Sarawak Report has viewed exclusive information from the investigations into SCL/Cambridge Analytica, which confirms that the firm, which has opened a branch in KL headed by a former BN political advisor, has also been secretly retained by Malaysia’s ruling party.

Even more concerning is the fact that one of Najib’s most significant political advocates in the United Kingdom is a shareholder in SCL and has therefore directly benefitted from the huge sums paid to that company from public money for those secret contracts.

That individual is Lord Marland, who was David Cameron’s former Trade Envoy and who boasts that he was the prime mover behind the EPF/Sime Derby multi-billion pound investment in the Battersea Power Station development project.  Just last month the costs of the project were revealed to have doubled, making it the most expensive ever in the British capital.

The chilling nature of SCL’s modus operandi in using big data, which was plainly illegally harvested in the case of the American election campaign, is described in a filmed interview with a former staff IT expert turned whistleblower, Chris Wylie, also broadcast by The Observer today. 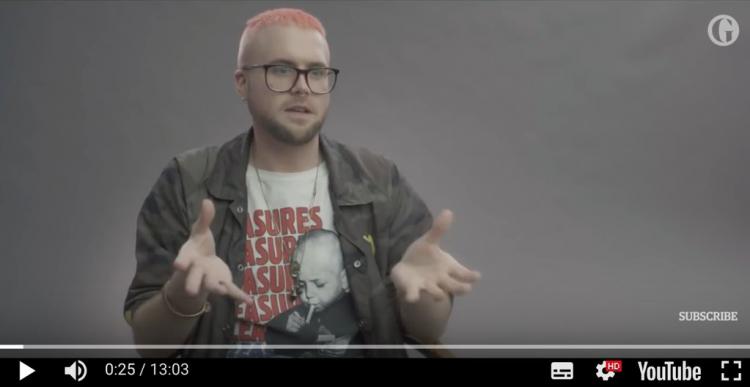 Wylie explains how SCL worked in conjunction with a Russian computer scientist named Aleksandr Kogan, who operated a company called GSR that had developed a computer app whereby Facebook users could share their likes and profiles.  Secretly, the app also downloaded the same information from these individuals’ whole network of Facebook friends, who had no idea that their information was being ‘harvested’.

Over 200,000 people were successfully encouraged to sign up to the app, says Wylie, on the basis it was part of an academic experiment.  This in turn covertly gave access to approximately 50 million unwitting people’s data, which was passed on to SCL.  Malaysia, like America is a heavy user of Facebook.

The CEO, a former Etonion and self-professed political campaigner from the right wing of the Conservative Party, named Alexander Nix, is one of a number of people all from the same political and social circle involved in SCL.  The company also boasts ex-military intelligence connections and expertise in warfare propaganda (developed in Afghanistan).

The founder of the company is another former Etonian socialite, Nigel Oakes, who falsely claimed a degree in phychology from University College London and has nurtured a life-long interest in marketing mechanisms of covert influence.  He pioneered the use of artificial smells of baked bread as a way of enticing customers into shops (now largely abandoned).

Ex-staffer Chris Wylie confessed that to make their pitch to the Trump campaign SCL hired a usually empty “fake office” in Cambridge to impress Steve Bannon, whom they hoped would hire them.

The entire staff would transfer from London to look busy in the University town, in order to claim an aura of academic credence. Wylie says it worked and Bannon “who saw himself as an intellectual” decided to employ the group and their Facebook based plan –

“it was Steve’s idea to give the company (SCL) the name Cambridge Analytica”, claims Wylie, who has explained to The Observer how the stolen data was employed by the company:

It is incorrect to call Cambridge Analytica a purely data science company or algorithm company, it is a full service propaganda machine….. [Steve] followed the Breitbart doctrine, which is that if you want to change politics you have to change culture, because politics flows from culture… he wanted cultural weapons and we built them for him.

Essentially the pitch was we would combine micro targetting but bring on board new constructs from psychology…. we would be collecting a lot of data on people so we could build a profile of people in all of the United States.  We spend a million dollars harvesting tens of millions of profiles and those profiles became the basis of the algorithms that were the basis of Cambrige Analytica itself.  The company itsself was founded on using Facebook data.

We would know what kinds of messaging you would be susceptible to including the framing of it, the topics, the content the tone…. and where you are going to consume that and how many times we would need to touch you to with that in order to change how you think about something….

Wylie said that the well funded operation also developed teams of ‘creatives’ – designers, writers, photographers – who would then develop content to influence particular categories of states of mind:

“which would then get sent to a ‘targeting team’, which then injects it into the internet. Blogs would be created, websites created, whatever it is we think that this target profile will be receptive to, we will create content on the internet for them to find and then they see that and they click it and they go down the rabbit hole, until they start to think something differently…”

In the case of the 2016 campaign involving Chris Wylie, the target was to encourage a wide spectrum of voters to believe that Donal Trump supported their own particular viewpoints and prejudices.  Wylie says the plan was to whisper one thing into one voter’s ear and something else into another’s in order to manipulate all of them to vote for Banon and Mercer’s candidate, Donald Trump.

Sarawak Report has extensive documentation which shows that the same company has strong but secret recent ties with BN election campaigns under Najib Razak, who is a close contact of a key shareholder of SCL, Lord Marland.

We believe it raises grave concerns as to whether the same company has also been hired secretly by BN to assist the party in the upcoming election and if so, whether it has been indulging in the same apparently highly illegal practices in Malaysia as in the US in 2016?

Next Story – Details on the covert contract between SCL and BN…..