The Story Continues To Unravel For PetroSaudi

As even the notorious Venezuelan authorities move in to curb corrupt practices in high places, the cover story used by 1MDB’s key ‘Joint Venture Partner’ PetroSaudi has taken another bash.

Najib and 1MDB’s CEO may still claim that their ‘joint venture’ was a government-to-government affair.  However, the Venezuelan prosecutors have taken exactly the same position as the United States prosecutors in stating it was anything but.  PetroSaudi was a private company headed up by a young adventurer named Tarek Obaid, they say, who was exploiting a connection with a Saudi Prince, Turki bin Abdullah.

As part of the case against the country’s former Oil Minister, who has escaped abroad, prosecutors have been reported over past days alleging that PetroSaudi was a sham outfit, which conspired with high up officials in Venezuela to trick the national oil company out of billions of dollars.

At the centre of the story were the junk second-hand drill ships that PetroSaudi and their collaborators conspired to palm off as state of the art technology, say the prosecutors. In return for kickbacks the company was allowed by corrupt local officials to drastically overcharge for the services of the ships, which turned out to be largely useless in producing any oil from Venezuelas’ rich offshore fields.

Meanwhile, followers of 1MDB will know that these self-same junks (named Songa Saturn and Discoverer) have emerged as the sole collateral for the supposed $2.3 billion investment that 1MDB had simultaneously made in the Cayman Islands and which later formed the basis for the fund’s so called ‘units’ in BSI Bank Singapore, supposedly valued at a billion dollars.

Over years Venezuela conducted almost as big a scam as 1MDB

According to the Venezuela prosecutors at least 4.2 billion euros was squirrelled abroad by the same corrupt officials who did the deal with PetroSaudi and then laundered through a bank in Andorra.  Because of these fraudulent goings on, Venezuela’s oil company PDVSA has gone to court to contest PetroSaudi’s demands that it continue to honour guaranteed payments of some $130 million promised to the dishonest oil company.

[Update –  in the original version of this article we said the final judgement was pending on this matter.  The UK Supreme Court has in fact declined to overule an Appeal Court Ruling in favour of PetroSaudi and against PDVSA. ].

Meanwhile Prince Turki has also been arrested by the Saudi Government for corrupt practice and the Swiss are continuing their own investigations into his partner Tarek Obaid, who has been residing in Geneva for several months.

Below is a translation of Venezuealan press coverage of the case: 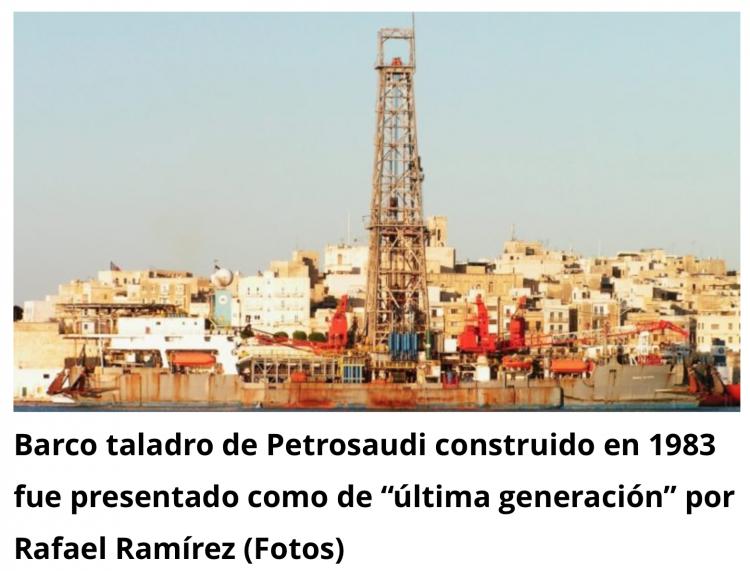 “The drill ship Songa Saturn (or Petrosaudi Saturn), one of the two contracted by PDVSA [Venezuela’s state oil company] for the drilling of gas fields in the Caribbean Sea, was presented as “latest generation” by the then Minister of Petroleum Rafael Ramírez, as reported by a press release from the state oil company released on September 24, 2010.

“This is a cutting-edge drill ship that will allow us to start drilling at a depth of up to 1,200 meters and drill up to 1,000 meters from the seabed,” said Ramírez from Zulia state, announcing the arrival of the equipment for the coming September 28.

The Venezuelan minister added that the new platform came from Saudi Arabia and sailed 10 days ago from Malta, where it was certified, added an EFE office with its version of the institutional note.

However, according to its history and characteristics, which can be consulted in specialized portals on the web, the Songa Saturn had been built in 1983, so the claim that it was a “latest generation” vessel was absolutely unsustainable .

Additionally the claim that it had been certified a few days before in Malta, is also very doubtful if you see a photograph of August 7 (above), taken in the port of Valleta where you can see the boat with its hull with large areas affected by rust and corrosion .

It is unlikely that with this appearance, which reflected little or no maintenance of the hull, the vessel could have been certified by any authority in the field.

Ramírez also added that the assignment of the drill ship to offshore Venezuelan gas development was part of an agreement with Saudi Arabia for the formation of a joint venture company and stressed that “it will be the first time in history that a company with these characteristics has been established. between Venezuela and another member nation of the Organization of Petroleum Exporting Countries (OPEC). “

However Petrosaudí is a private company created by the Saudi citizen Tarek Essam Ahmad Obaid in 2005 and based in England, so it would be misleading to define the negotiation as an agreement between states.

Ramírez also assured that the formation of the mixed company with Venezuelan majority “will involve an investment of 2.500 million dollars.” The agreement also implied, as announced on September 24, the incorporation of another drill, the Petrosaudi Discover, with similar services to the Songa

However, the high price is striking because afterwards, in October, it was announced that the Songa had been acquired by Petrosaudi from the company Songa Offshore, for the amount of 260 million dollars, according to the PennEnergy site.

The episode with Petrosaudi has had this week a first conclusion, with respect to Songa Saturn, renamed Petrosaudi Saturn, as PDVSA decided to cancel agreed paymentsmore than 1,100 million dollars (an average of about 500 thousand dollars per day ) despite the fact that most of the time it was not drilled.

Tthe Public Ministry of Venezuela has prosecuted six officials of the state energy company, according as announced by the Attorney General, Tarek William Saab.

The drilling ships incorporated within the framework of this agreement were built in 1983 (the Petrosaudi Saturn) and in 1977 (Petrosaudi Discover).

The photos collected from such equipment show extensive areas of their hulls affected by corrosion. 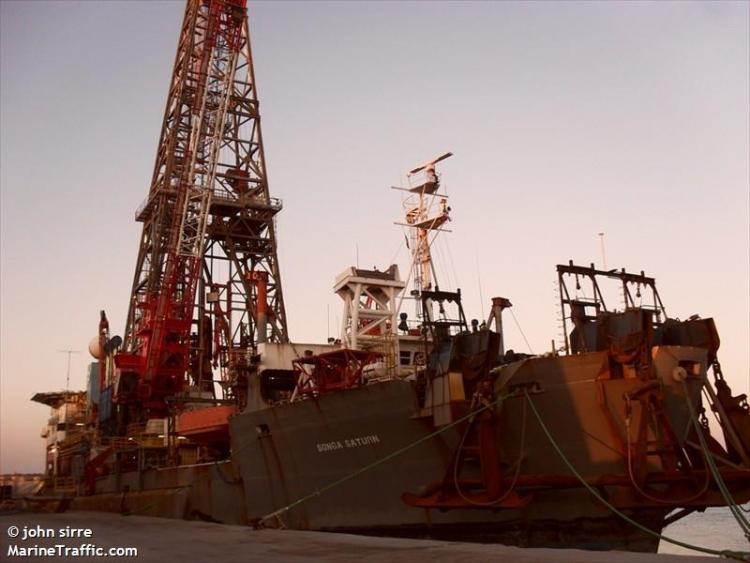 About  4.2 billion euros, from acts of corruption in the Venezuelan state oil company, PDVSA, have been laundered through the financial entity Banca Privada de Andorra, since 2006, as confirmed by the Attorney General on Tuesday. of Venezuela, Tarek William Saab, in an appearance before the press.

Saab offered detailed information on the investigation carried out by the Public Prosecutor’s Office, which led to the arrest on Friday of the Venezuelan businessman, Diego Salazar Carreño, cousin of the former oil minister Rafael Ramírez, and first-level operator of contracts with the industry. oil company of the South American nation.

Later, on Saturday, José Enrique Luongo Rotundo, 63, who worked for Salazar, was captured while trying to leave Venezuela through the international airport of Maiquetía, which serves Caracas. 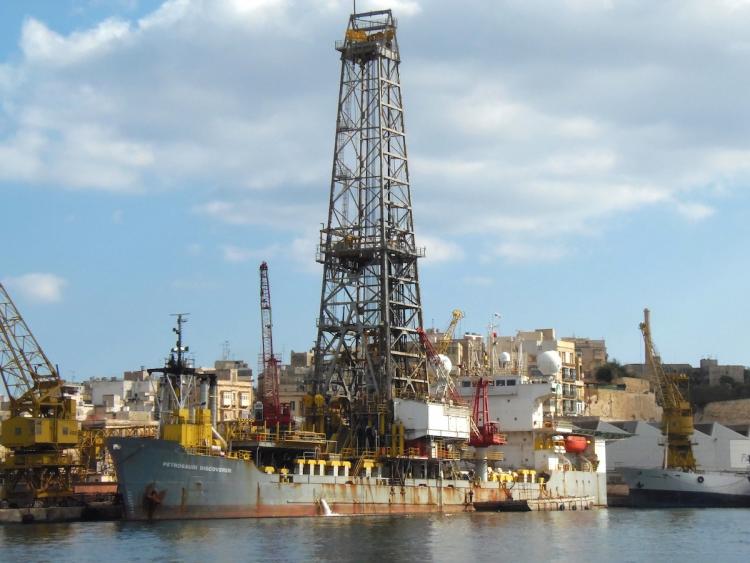