They Are Killing The Prime Witness Protests Najadi's Son!

The son of the former Chairman of AmBank Hussein Najadi, murdered by an assassin’s bullet in July 2013, has reacted with outrage to the outcome of the re-trial of the man he describes as a hired shooter.

Koong Swee Kuan was found guilty today for a second time, after a re-trial in the High Court, and sentenced to death for shooting Najadi twice in the heart and also shooting at his wife, who survived the attack but still suffers from the injuries.

“They are murdering the witness. They are putting out of the way the one man who can tell the authorities who paid him to do this to my father. Instead they should be interrogating him until he comes out with the truth about who is the real murderer and why they wanted him dead”

his son Pascal Najadi told Sarawak Report.  He specifically requested that a gruesome picture of his fatally wounded father should be published to make his point. 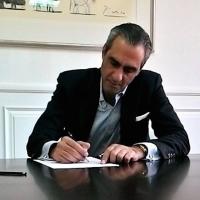 Pascal has said that his father had expressed his concerns before he died about information he had received about massive corruption at the bank he founded and had tried to report these issues to the authorities.

After information came out about the central role played by AmBank in the 1MDB scandal he has campaigned to get a proper investigation into the truth.

However, Pascal has complained, there has been no attempt on the part of Malaysian investigators to examine the motive behind the murder, for which Koong was paid RM20,000.  Pascal Najadi’s own informants have told him that this was a gangland contract, commissioned for a staggering RM30 million by persons he believed wanted those corruption complaints silenced.

Najadi was lured on false pretences to the scene of the murder by a self-professed gangland operator and Koong originally indicated that the person who had hired him to kill the banker whom he did not know was also a gangland figure named Lim Yuen Soo. 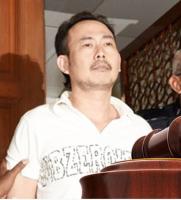 Koong murdered Najadi for RM20k, but who paid?

At the time of Koong’s arrest a warrant was issued for LimYuen Soo, who was believed to have fled the country for some while.

However, Pascal Najadi has pointed out that no effort was made by investigators or the court to examine why people might have hired Lim, who in turn appears to have hired Koong. With Koong’s execution that information will die with him, says Najadi, who believes higher entities are being thus protected.

In September 2015 the Najadi familiy were informed that Lim Yuen Soo had finally been arrested at KL airport and taken into custody. However, he had been released after 8 days owing to an apparent lack of evidence, before the family were notified. They have appealed to the United Nations over Malaysia’s failure to actively investigate the motive behind the murder, which they say is a violation of their rights. 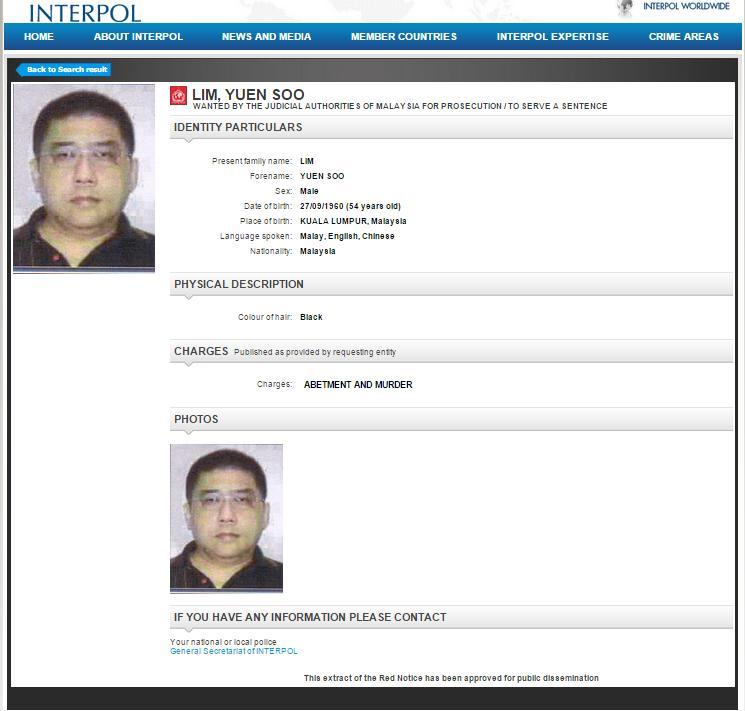 Red Notice and arrest warrant had been out for two years for the man believed to have commissioned the murder. However, despite having been on the run for two years, he was let go without charges in the end being brought.

Appeal to the Malaysian Authorities

Today Pascal Najadi issued the following appeal to the Malaysian authorities in the light of this latest court judgement:

My dear late father Hussain Najadi, the founder of Malaysia’s fifth largest bank, AmBank, was cowardly and brutally assassinated in broad daylight in the City Center of Kuala Lumpur on July 29th 2013. Today the Malaysian Courts sentenced to death the Assassin, Koong Swee Kwan, a Malaysian Citizen of Chinese decent. The Assassin, according to Malaysian press reports in 2013, was paid RM 20’000.
The paymaster, again according to the Malaysian media at the time, was Mr. Lim Yuen Soo, a Malaysian Citizen of Chinese decent, who also is the owner of a Malaysian Security Company together with his partner, the former Police Chief of Melaka.
We have one witness on record who testifies that Lim Yuen Soo received RM 30 million to perform the A to Z Assassination of Hussain Najadi. Now the Assassin gets executed by Malaysia.
This is not good enough! The Malaysian Authorities have to investigate the motive of the Assassination and the motive for the Assassin. Lim Yuen Soo has to be immediately arrested and questioned until he tells the truth. Lim Yuen Soo was on INTERPOL Red Alert for over two years until the corrupt IGP Khalid let him off the hook himself.
Malaysia failing to investigate the motive for the Hussain Najadi Assassination is akin to an absolute complicity.