One of Britain’s most celebrated explorers, Robin Hanbury Tenison, addressed a packed gathering of the Sarawak Association on Monday night at the Royal Overseas League in Piccadilly, London to discuss his new book ‘Finding Eden – A Journey Into The Heart Of Borneo’.

The book recalls the largest ever expedition by the Royal Geographical Society in the late 70s, which was based in Mulu and sought to document and evaluate the stunning diversity of life in what was then the richest corner of the planet, in terms of plant and animal life.

Now, he lamented, most of the area is an oil palm desert.

“In one respect we were successful, in that we showed that the jungle was far more valuable kept intact than cut down. However, we failed to convince those who were in authority at the time”

he told the audience, as he explained how the expedition had barely packed their bags after a year and a half  of stunning research into thousands of species that had till then not even been recorded, before the bulldozers rolled in and the entire region was destroyed, leaving the small highland national park as an island in a dead zone of oil palm plantations. 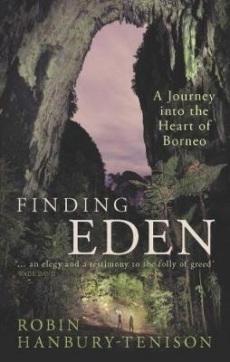 New book recalls what once was

Hanbury Tenison paid tribute to the immense scientific knowledge of the local tribespeople, including Penan and Berawan, who he said knew far more about the species, uses and life-pattern of the creatures of the jungle than any of the distinguished foreign scientists who had joined the expedition.

Yet, he pointed out, they had been mocked and discriminated against in local schools at the time and their special knowledge and intelligence was woefully undervalued.

He said that meeting once again with Nyapun, his old Penan friend who had helped him so extensively during the expedition, when he returned to Mulu last year had been a wonderful moment in his life.

Sarawak Report’s Editor has also met Nyapun, who is now in his 90s, but still lives in a meagre hut on the fringes of the 5 Star Mulu ‘Eco-Resort’, which is controlled by Governor Taib Mahmud’s family.

There is no longer forest land to enable the Penan and other native people to live their traditional life, but neither has any wealth or reward been passed to them.

“When we went in [to the jungle] in 1978, 95% of Sarawak’s low-land rainforest was intact and now forty years later only 5% of low-land rainforest remains. So we failed in our mission to expalin to those in authority that it was counter-productive to destroy the rainforest.”

The Sarawak authorities have repeatedly sought to deny such figures, which are agreed by environmental NGOs.

Hanbury Tenison reflected that tragically the hotel complex had bulldozed the idyllic batu where the expedition had set up camp, in order to extend the airport runway the resort had put in.  The area had contained several rare and probably unique species. “It was a magical Garden of Eden” he said. It has now been destroyed.

He reflected that unfortunatly Sarawak’s oil had been taken by the Federal Government, leaving the local strongmen with just the timber to make money from. It was the simple reason behind what had happened. 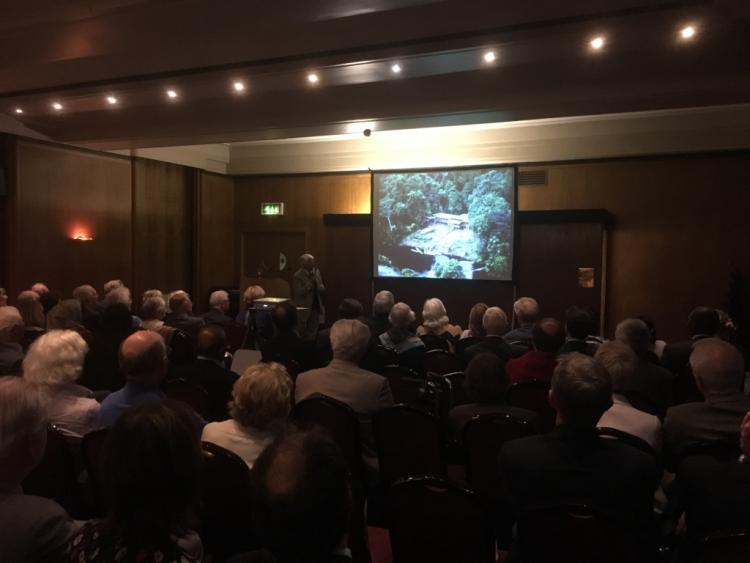 The explorer made the point, which is well known to the local people, that the rainforest earth is very thin and infertile, because all the life is sustained by the trees and canopies themselves – dipterocarps and buttress tree roots that absorb all the nutrients of the jungle and recycle them continuously. 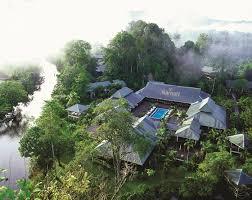 Jungle playground and ‘eco’ resort – aquired by the Taib family

Once these are cut down the land can soon turn to arid desert – only plants like oil palm can survive and the soil soon gets eroded by the rain. So, a lush rainforest can soon become a harsh unforgiving desert place hostile to humans and other life.

Next even the rain dries up as the plants no longer create the clouds.

The audience discussed whether anything could be done to revive what little rainforest is left in Borneo, which could provide huge benefits in terms of the right kind of tourism and scientific conservation.

Perhaps the Governor of Sarawak, who was the ‘brain’ behind Sarawak’s ‘economic modernisation’ of the past decades, has some clever answers to provide?

Listerners, meanwhile, were left reminded of the ugliness of greed and the consequences of sin, which once again had lost us a Garden of Eden on earth. The book tour will continue with several more lectures, with the next being at the Royal Geographical* headquarters in Kensington.