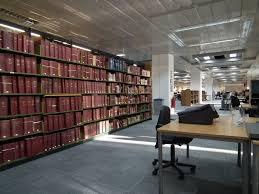 A top delegation of Sarawak officials and politicians was due to arrive in Kew, South West London, today in order to scrutinise tens of thousands of documents in the National Archives relating to the Malaysia Agreement of 1963.

The group of at least six people includes assistant minister Sharifah Hasidah Sayeed Aman Ghazali and Governor Taib’s legal fixer over decades, the wily former State Secretary JC Fong.  They are scheduled to remain in London for a week, but have only one known appointment, which is at the National Archives.

How this gaggle of bigwigs expects to achieve anything useful in the way of research over a planned few hours in the reading room at the National Archives has not, however, been explained. Any comprehensive analysis of these papers ought to require days of patient academic scrutiny (as the writer of this blog can testify, having already viewed many of the files).

Furthermore, the specific target and purpose has not been announced – what exactly are these luminaries looking for amongst these thousands of letters and papers documenting the background to the published agreement?

So mysterious is this mission that Sarawak Report has taken care to alert the archive through its press team that a beady eye needs to be kept on the Sarawak delegation at all times by staff.

The truth of the matter is that the powers that be in Sarawak, whom these people represent, have no interest in raking up the past.  They have controlled the place for decades, ever since the 1966 ‘state of emergency’ that conveniently deposed the elected state government of Steven Ningan and paved the way for a KL-managed client regime that has controlled Sarawak ever since.

As everybody knows, that regime has been firmly in the hands of a minority clique dominated by the family of the present Governor, Taib Mahmud and before him his uncle.

The West Malaysian Government has got what it wanted from this arrangement, which was Sarawak’s oil (and safe parliamentary seats) whilst the Mahmuds set about making themselves one of the world’s richest families out of the rest of Sarawak’s resources, particularly its timber and land banks, turfing out the established rights of the indigenous peoples in the process.

Since these are the people who are still in power in Sarawak why would they want to rake up information pointing to the agreed rights of East Malaysians which were pledged by all sides to that initial treaty, but have subsequently been ignored?

It would in fact be in the interests of the present Sarawak Government to see as many as possible of those documents destroyed, which is why Sarawak Report (perhaps a little tongue in cheek) alerted the staff of the National Archives to watch them carefully if they are handling original papers and documents. 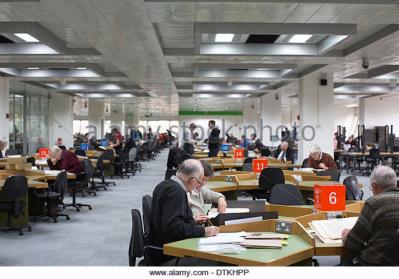 If the new Sarawak Chief Minister had been genuinely interested in researching the legal rights of the state dating to this original agreement, then he would surely have sent a small low-key team of legal researchers to spend some days at Kew and elsewhere.

The most likely reason for this odd trip on the part of grand emissaries is therefore window dressing, according to opposition commentators at least.  Awareness of decades of exploitation is now widespread in Sarawak, where people can see that the natural wealth of their homeland has been sucked out from under their feet, thanks to those entrusted to govern in their interests.

First oil then the territorial waters were handed over by Taib

Taib signed away the oil in 1974, negotiating only a 5% royalty to be spent on the state.

The status of the North Borneo states was also down-graded in violation of that agreement by the a constitutional amendment in 1976, according to the historian on this issue, Zainnal Ajamain.

However, it is Taib’s much more recent deal with Najib in 2012 which has caused just as much anger and concern – the Territorial Sea Act (TSA).  Opposition Assembly Member and local lawyer See Che How says that act was unconstitutional and has radically prejudiced the rights of the state:

“It is in breach of the constitutional provisions. There was no prior passing of the same ordinance in the Sarawak State Assembly and there was no consent of the Rulers’ Conference to approve the provision that affects the territorial sovereignty of states.

The main point in the TSA 2012 was to limit Sarawak’s control of the territory to 3 nautical miles from its shore (while Sarawak’s control, from the colonial orders, is actually the extent of the continental shelf). With that, of course, it determines the control of Sarawak (or federal) of the oil and gas deposits and all other resources, marine fishery or other minerals.

We have to resolve this issue of territorial integrity and sovereignty, to determine our power and jurisdiction on the oil and gas fields onshore and particularly off shore fields.”  Related to it (lifting of the emergency orders in November 2011, reverting the positions back to pre-1969 Emergency Orders) are the constitutionality and validity of the Petroleum Development Act 1974 (federal Act)  and the tripatite petroleum development agreement between the state, federal government and Petronas.

The previous Chief Minister Adenan Satem had courted considerable popularity by championing these issues, in particular by adopting the opposition demand that Sarawak should be entitled to at least 20% of its own oil revenues.

Adenan embarked on two rounds of negotiations with KL on the matter and passed a ministerial motion in December 2015 questioning the validity of the TSA.  It helped Adenan win the state election and autonomy rights continue to be high in the Sarawakian consciousness, after years of being treated as third class citizens in their own lands.

However, Najib did not give way to Adenan’s requests on any front and since he died and Najib’s favoured local man, Abang Johari, finally got the top job there has been a deafening silence on such matters as Sarawak State rights.

“All the negotiations have been in abeyance.  But, now that the federal  electio is looming Johari wants to demonstrate he is doing something as a sop to the Sarawak For Sarawakians movement, which has inspired so many people.  That is what this showcase visit is all about. But, this business of going back to the drawing board by researching the documents behind the agreement at Kew is a clear time waster and just undoes all the progress made previously”

one opposition leader has explained to Sarawak Report, stating that the whole trip appears to be a cynical exercise in attempting to show that Najib’s new man in Kuching is doing something about his people’s rights, whilst setting the entire matter back to square one in terms of progress.

It’s an analysis that makes sense, given that for BN leaders in Sarawak there is zero advantage to returning the rights and resources that were taken away from the people of the state – because they are the ones who have been enjoying their cut of the proceeds ever since.