In June 2015 a person accused of passing information to Sarawak Report about IPIC’s former boss Khadem Al Qubaisi claims he was the subject of an attempted carjack in central Paris.

“I am certain they were planning to silence me” he has told a third party.

Just a few weeks previously Khadem al Qubaisi (KAQ), one of the figures at the centre of the 1MDB scandal, had been sacked by the Abu Dhabi sovereign wealth fund following the publication by Sarawak Report of the details of multi-million dollar payments made to him by Jho Low’s company Good Star Limited.  Good Star had received over a billion dollars channelled out of 1MDB.

We had also published photographs of Al Qubaisi behaving in a manner which was in conflict with his public position, in a French nightclub and elsewhere.

The dramatic incident in Paris has been substantiated by separate French sources, who have told Sarawak Report they learned of a ‘hit’ taken out with a European gang against people alleged to be informants.

Separately, a recent release of leaked emails has revealed further French-based operations against Sarawak Report.  Included was an Anglo-French company called Reputation Squad, which was hired to monitor Sarawak Report (and all online Tweets and comments relating to Sarawak Report) during the first half of 2015, in a move that was described as being part of a far wider operation. 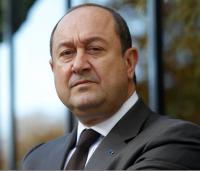 The information comes from a data dump that has been causing consternation in France, known as the Squarcini leaks. Bernard Squarcini was a former head of the French secret service (DCRI) appointed by Nicolas Sarkozy.

He was widely considered to be very close to the ex-President and Hollande later dismissed him on the grounds he had “deep political ties” with the former leadership.

In the emails Squarcini makes regular reference to “tonton”, meaning uncle, by whom many assume he means his former political boss.

After leaving his post Squarcini set himself up as a private consultant under a company named Kyrnos, apparently trading off his extensive intelligence contacts and capabilities.

He worked with and later became the head of the Paris office of ARCANUM, a major intelligence firm based in the United States and employing several ex-secret service people like himself.

Last year an investigation opened into Squarcini, based on complaints related to Squarcini’s alleged work on behalf of clients such as Kazakhstan and the French billionaire Bernard Arnault, who is accused of hiring him to monitor the Hermes family prior to his takeover of their company.

In the midst of these wrangles, it appears that somebody has released emails between Squarcini and colleagues…. and lo and behold his involvement also in a job taken out against Sarawak Report in April 2015 has come to light.  The job related to our reports on KAQ and 1MDB:

The email above goes on to provide further information about KAQ and the people allegedly presenting him problems “XX has been blackmailing KAQ by telling him if he does not receive xx million USD from him he will leak all sorts of information including pictures and banking documents…”   The email then ends with a reference to Sarawak Report:

Khadem Al Qubaisi (KAQ), now jailed in Abu Dhabi, has very extensive interests and properties in France and was known to be a contact of Nikolas Sarkozy. In fact, the former President had incurred criticism that February 2015 from party officials for taking time out of his presidential re-election campaign (which failed) to fly to Abu Dhabi to give a paid speech for IPIC.

The email was part of a trail that began with a certain Frederic Lassagne, who sent a message entitled URGENT to Squarcini on 15th April outlining the situation in hand.  Frederic Lassagne, was a former Special Advisor to Eric Besson, who had been Nicolas Sarkozy’s Industry Minister in government.

Eric Besson was soon to take up an appointment (in June 2015) to the Board of CEPSA, the Spanish oil giant recently acquired by IPIC, of which Khadem had been CEO. By January of the following year however, after the 1MDB had become a global scandal and KAQ had been dismissed, Besson stepped down again from the post.

Lassagne’s email first detailed KAQ’s position and importance and then moved on to his issue with the material published by Sarawak Report.

He cites a claim on KAQ’s behalf that the information was released to Sarawak Report by ‘blackmailers’, a similar standard pejorative to the accusation against the PetroSaudi whistleblower Xavier Justo.

That note from Frederic Lassagne was the same day forwarded by Squarcini to his associate at the private investigations company ARCANUM named Julien Cariou von Saint-George, accompanied by some rather sinister comments in French. These comments imply that Squarcini was coordinating an operation on the matter with the ex-head of Mossad, along with Algerian secret services and a Palestinian former Fatah intelligence chief:

Need to make sure uncle is OK – ex-Mossad head and Algerian Secret Service on board….

Later emails in the dump produce a reply from Julien on this matter. He checks if the number given was for KAQ himself:

“Bernard
Thank you for your message. I have received the information. KAQ’s direct number is it the one you sent me earlier? Thanks for letting me know in advance.

Squarcini replies telling him “KAQ is ready to be on the phone at any time today.”  Squarcini also informs ARCANUM’s Julien Cariou von Saint-George that KAQ’s neighbour the Palestinian, Mohammed Dahlan is in a position to get information from Israel.

Dahlan has been identified by the French publiction Intelligence Online, which has also covered this leak, as the former Fatah intelligence chief in Gaza, who later became special operations advisor to Abu Dhabi Crown Prince, Mohammed bin Zayed.

KAQ had come a cropper in March following publication by Sarawak Report of information that he had received $20 million of 1MDB’s money through the company Good Star Limited, owned by Jho Low, into his private account.

Later Sarawak Report was able to demonstrate that the total kickbacks received by KAQ totalled no less than half a billion dollars. It was all money from 1MDB and KAQ was directly involved in the later stages of thefts from the fund.

KAQ, who had been ealier described as one of the most powerful operators in the Middle East and Arab Businessman Of The Year was sacked and later arrested.  It would appear he blamed Sarawak Report.

On March 23rd 2015 (three weeks before the Squarcini emails) our site experienced a sly and secretive hacking attack, by which highly professional operators entered our systems and surgically removed the story on KAQ. The illegal hackers also switched off the Google settings on our site, in order to make us no longer easily available to searchers for Sarawak Report.

It was some days before readers alerted us, after which we replaced the hacked article and strengthened our systems. 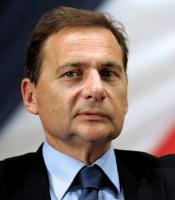 Ex-Minister Eric Besson, ally of Sarkozy, ex-boss of Lassagne, briefly on CEPSA board

It is plain that someone acting for Khadem then turned to Lassagne and then Squarcini.  Exactly what role these private companies linked to Squarcini played in the various operations against Sarawak Report and its sources however remains unclear.

We only know that they called for surveillance and support from Israeli, Palestinian and Algerian secret service and former secret service contacts, in what Squarcini described as a “multi-faceted operation” in which “intermediaries” were added to the estimated costs by Squarcini.

Later emails from Squarcini to Julien Cariou von Saint-George again forward a “monitoring report” sent in May 2015 by Alberic Guigou, the French chief of a company based in Paris and London called Reputation Squad: 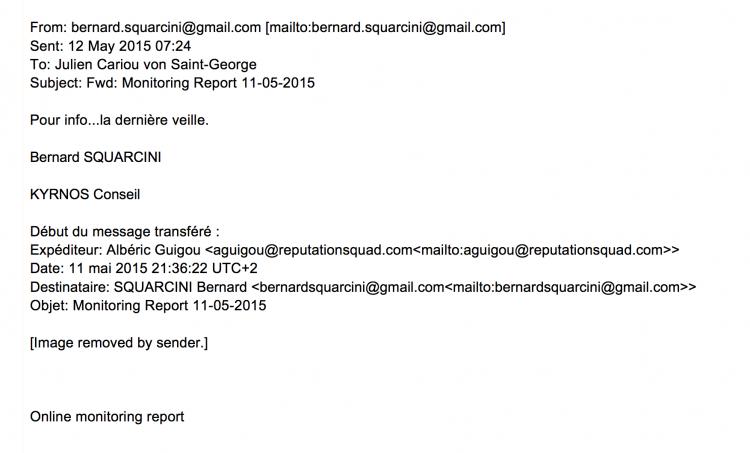 This was after we had replaced the previously hacked article on Khadem Al Qubaisi’s links to Jho Low and 1MDB. Reputation Squad had been apparently monitoring a number of our later articles on KAQ.  In particular, they were reporting on who was reproducing them, who was tweeting  and commenting on them and whether the comments were favourable or negative.

“We have detected 21 mentions over the past three days :
* 5 articles, of which four are negative
* 16 tweets, of which thirteen are negative
The articles displayed one of the problematic photograph and added new accusations. They have been retweeted by non-influential users.

Reputation Squad boasts special and  “augmented skills” to clients. We contacted M Guigou to ask if he could discuss his activitiies with regard to Sarawak Report on behalf of M Squarcini ?

M Guigou has admantly denied that his agency was involved in any further activity against  Sarawak Report beyond monitoring:

“…we provide strategic communications advice and services to help our clients manage overall positioning and image. As you can easily see on our website, among the services we provide in our Paris and London offices, we monitor the web and social media, such service being very common as you may know – you may use such monitoring services yourself….  on the matter you mention, we provided our client with monitoring reports covering all online mentions. We neither proceeded to any hacking-related activity of any sort at any time of our history, nor will ever. Besides my company has been a victim, just like you, of malicious acts”

Over the following weeks, in June of 2015, the editor of Sarawak Report was separately subject to stalking and surveillance in London and later in the year one of our sources reported a further attempt against him, this time outside France.

The Squarcini papers have therefore provided what appears to be a partial snapshot of what the ex-secret service boss himself described as a multi-faceted operation launched against the various whistleblowers into 1MDB in 2015.

Our shocked informants have placed all their evidence on these alleged attempts against them in the hands of the responsible authorities.