Who Will Be The First To Face The Hundred Lashes?

Prime Minister Najib has now put the full support of his government and his party behind the adoption of an ancient Middle Eastern ‘Hudud’ legal system to replace much of  Malaysia’s modern civil judiciary.

Revivalist Islamic campaigners from the remaining rump of the PAS party, now widely dubbed in Malaysia as ‘the Taliban,’ have demanded that this platform be absorbed into mainstream UMNO politics (to the consternation of most of the country’s professional classes and substantial non-Muslim minorities) as their price for breaking up the opposition alliance.

The opposition alliance had previously refused to endorse Hudud Law, whilst respecting the ‘Taliban’s’ affection for it. However, Najib is clearly willing to do whatever it takes to avoid losing the next election and face the consequences of justice himself.

But what if Najib WERE to lose the next election, having introduced this Hudud Law?

Under full Hudud Law thieves are punished by having their hands chopped off in a public square and then left to fend for themselves.

Surely first on the list to go on trial before those grim faced muftis would be Najib himself and his grasping wife? How do we think they would fare over the $7 billion theft from 1MDB and the missing FELDA billions, if all the available proof and evidence were brought to this ‘market square’ hearing before the Taliban?

This is how Hudud arrives at its judgement on the hand chopping offence:

A combination of conditions must be fulfilled before the hand of a thief is cut off. These conditions are as follows:

The thing should have been taken by stealth; if it was not taken by stealth, then (the hand) should not be cut off, such as when property has been seized by force in front of other people, because in this case the owner of the property could have asked for help to stop the thief. (Tick)

1-                 The stolen property should be something of worth, because that which is of no worth has no sanctity, such as musical instruments, wine and pigs.

2-                 The value of the stolen property should be above a certain limit, which is three Islamic dirhams or a quarter of an Islamic dinar, or their equivalent in other currencies.

4-                 The theft itself has to be proven, either by the testimony of two qualified witnesses or by the confession of the thief twice.

Who is paying for the Hudud Rally?

The issue of theft extends well beyond FELDA and 1MDB in present day Malaysia of course. BN’s abuse of public office has become so pervasive that the system of governance has itself become almost medieval, perhaps justifying the re-introduction of barbaric medieval punishments to deal with it.

Prime Minister Najib has latterly taken that abuse to new and astonishing levels, so much so that people have started to forget that government money is not merely there for the people in charge to help themselves.

The Hudud Rally over this weekend is itself a case in point. PAS campaigners have been lavishing money on organising tens of thousands to be bussed into KL to provide fodder for their event, but everyone is now asking where is PAS’s present ample funding coming from?  Is not UMNO mobilising for this rally also?

Earlier in the week a PAS leading figure went public to condemn former party members for expressing concern about finances entering the party from their new bed-fellows UMNO.

If RM90 million had come into the party then he would hardly be driving around in a Proton car  thundered spiritual leader Hashim Jasin… at which point his additional ownership of a fancy Porche Cayman was inevitably brought to light. 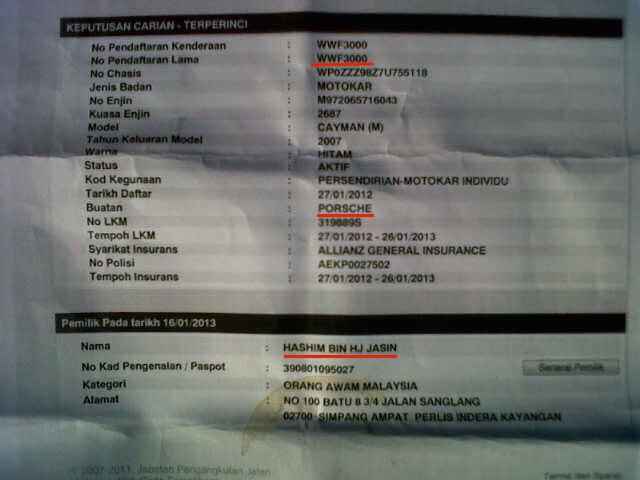 Ooops. Does this confirm, according to his logic, that money has indeed been flooding into his party?

No, the matter is unrelated after all he has told Malaysians. PAS youth enthusiasts have meanwhile poured supportively into police stations to lodge ‘police reports’ about ‘false accusations’.

Hashim Jasin had merely abused his right to a car import licence, a perk of his political position, to enable his son to buy the fancy car, it has been explained.

So, presumably, Najib reckons he is safe from the Taliban after all, since all of them are in the same game of preaching one thing and practising another? 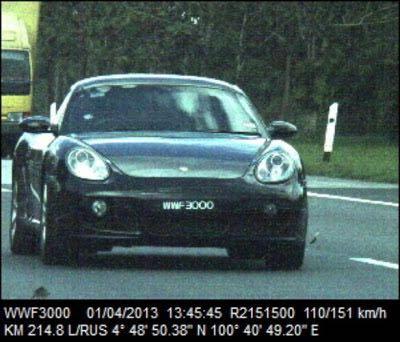