"Innocent Owner" - If Riza Is Innocent Then Who Is Guilty?

Lawyers for Riza Aziz in Hollywood appear to be adopting a fashionable maxim, which is that if you say something forcefully and often enough many will believe it.

By this one can assume they are seeking to influence people back in Malaysia and their own desperate client rather than the sober judges, who will have read the DOJ court order from top to bottom.

In particular, in his effort to dismiss the 1MDB case last week, Attorney Mathew Schwartz of Boies, Schiller & Flexner claimed  that, despite the 136 page seizure notice, the DOJ have brought no actual evidence to prove that Riza knew he was receiving stolen money from 1MDB.

“Despite its length, the Complaint lacks basic and essential detail. Most fundamentally, the Complaint fails to identify who committed the crimes that allegedly give rise to forfeiture…the Complaint details a number of transactions, but frequently fails to allege who was responsible for them. The Complaint certainly never makes allegations sufficient to conclude that anyone misappropriated money from 1MDB with the requisite scienter [knowledge of wrongdoing]…”

In other words, Riza’s defence is that he didn’t steal the money even though he spent it and no one has yet proven that he knew that it was stolen.

What remains of 1MDB’s frittered billions now looks set to be spent to a considerable degree on these sorts of arguments, as the lawyers coin it in, even though anyone who has actually read the Department of Justice’s court order can only laugh at the contention that there is a lack of evidence. The FBI has tracked hundreds of millions of 1MDB’s missing money from the moment it left Malaysia down to the last wire transfer into Riza’s accounts, in order to finance his films, gambling, houses and other personal spending.

They also have testimony from banks, emails and phone recordings of 1MDB officials as they bullied reluctant bankers to release money, supposedly to pay joint venture partners, but actually to pass it to Riza’s pal, Jho Low.  Jho Low, as all Malaysians know, was the proxy for Riza’s step-dad (Prime Minister Najib) at 1MDB.

It is this same hard evidence that has been resulting in a series of on-going criminal convictions in Singapore and there are more to come.

However, according to his lawyers Riza didn’t know this was how he got the money. In their immortal phrase he is the “innocent owner” of his string of properties and production company. So, he can’t be blamed or have any of these things (his Beverly Hills mansion, Belgravia town house, New York penthouse, film company profits) taken away from him.

Just like his step-dad Najib, the lawyers say, Riza put his good fortune down to the inexplicable generosity of a Middle Eastern gentleman, who just happened to be involved in a joint venture with 1MDB:

“the Defendant Properties are … beneficially owned by Riza Azis, as is Red Granite Capital Limited. Mr Aziz claimed ownership of the entities in his 2012 US tax return, and properly disclosed the transfer of funds from Aabar-BVI to Red Granite Capital Limited. Those funds, according to the Complaint, were reported as a gift under US tax law, and Mr Aziz, after discussion among his accountants and business manager, obtained a letter documenting the gift, signed by the CEO of Aabar [the now jailed Mohammed Al Huseiny]..”

So, there we have it, yet another ludicrous letter authenticating a “gift” of hundreds of millions of dollars!

But, at this point there appears to be a fatal contradiction in the legal argument. Riza’s excuses carry on to say that neither did he realise that Aabar BVI, which sent the money, was not in fact related to the real Aabar or IPIC.  This was something that emerged from investigations, which showed how cash was diverted from the 1MDB Aabar joint ventures to this private BVI account:

“Nothing in the Complaint alleges that Mr Aziz …. knew that Aabar-BVI was unaffiliated with Aabar or IPIC”

At which point any judge must query how Riza could conclude that the money was a personal private gift from the CEO?  Because, if this was indeed an official subsidiary of the Abu Dhabi wealth fund there could be no legitimate reason whatsoever to gift the step-son of the Malaysian PM money from it. 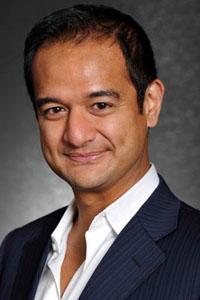 With such a tangle of excuses the former banker would make a good candidate for a role in one of his own movies “Dumb and Dumber To”.  But how come his top lawyers didn’t spot the gaffe?

What they have just put in writing is that Riza THOUGHT he had been gifted tons of cash as a personal gift from the CEO of an Abu Dhabi sovereign wealth fund, which was doing business with 1MDB.

Yet he DIDN’T think there was a connection with the fact his step-dad was in charge of 1MDB.

On the other hand, he DID think that the account he got the money from belonged not to his pal, but to the Abu Dhabi sovereign wealth fund that was doing business with 1MDB!

Moreover, if the judge accepts that Riza is totally and utterly thick and thinks money falls from heaven and that public funds from Abu Dhabi can be privately offered to him by the wealth fund boss, it presents an immediate further question.  If Riza is innocent through stupidity then who WAS responsible?

Back in Malaysia Najib’s PR people are already spinning that the former Second Finance Minister and the former Chief Executive of 1MDB were ‘treacherously’ misleading their boss  by siphoning money out of the development fund and sneaking it deceitfully behind his back into his own bank account.

Poor Najib, the argument seems to go, was then misled into thinking that a Saudi Prince was passing him these billions, in order to support his moderate Muslim agenda. Have these two former underlings agreed to join the murder ‘scapegoat’ Sirul Azhar and Najib’s various other fall guys, by accepting “temporary” imprisonment in return for promised later reward?

Certainly, Riza’s lawyers have made clear that their argument is that if Najib’s men declare him innocent, then the United States should accept the finding of the foreign jurisdiction.

“[the] alleged offenses were committed entirely abroad, without the sufficient nexus to the United States required to invoke the jurisdiction of this Court”

However, under money laundering legislation, considerable due diligence is also required in the United States on the part of finance and legal professionals managing potentially suspicious transfers – particularly involving politically connected people like Riza. 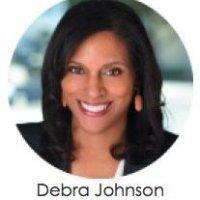 So, if he is innocent, the spotlight falls on them.  Riza is now closely bonded to a svelte legal lady, named Debra Whelan Johnson, who used to work at the Los Angeles wealth management company NKFSB as his personal relationship manager, until she departed from that company during the growing controversy over his finances in 2014.

At the time she was married to Channing Johnson, the partner at Loeb & Loeb who had incorporated Riza’s company Red Granite. It was he who initiated legal action against Sarawak Report for questioning those finances.

Later the couple divorced and Loeb & Loeb parted ways with Red Granite, leaving Whelan to set up her own company, which is mainly devoted to investing Riza’s remaining 1MDB-sourced millions.

So, if Riza didn’t understand where his money was coming from then what was Debra up to? Surely, it was her professional duty to both Riza and the US authorities to make sure everything was legitimately sourced?  For a start, why did she fail to establish the basic facts about who owned the Aabar BVI company that sent Riza all that money?

Legal eagles who may know more?

Apart from Whelan, Riza’s current lawyers ought themselves perhaps to have been better informed about the origins of his cash, because, as Sarawak Report has already revealed, the firm’s own partners became engaged in an investment business with their client by taking a role in the company Panavista.  Panavista invests Riza’s money.

Stan Pottinger, US lawyer and best-selling author, flew in to London to attend the investment meeting with Bradley

One British businessman attended a meeting held in Riza’s Belgravia townhouse last year (now included on the DOJ’s list of illegal assets) where they offered to invest £6 million in his company. Panavista’s offices are located in the next door building in Lygon Place.

The businessman, Nick Bradley, told Sarawak Report that it was money he was eager to accept. However, when he asked normal due dilligence questions about the origins of that money, he says he was not able to get answers he found satisfactory.

He concluded the money must be Riza’s private wealth, but it was not made clear and this concerned him, so he turned down the investment offer.

Since the law firm which is now representing Riza in court is so publicly linked to Panavista as collaborators, along with Debra Whelan, oughtn’t they have therefore done more to establish the origins of their politically connected client’s vast sums of money and themselves have established who owned Aabar BVI Limited? 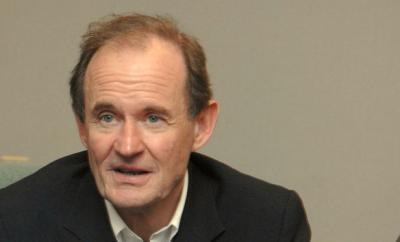 Think how helpful that would have been for the ignorant and confused young man, who had assumed that all his money was a legitimate gift from a friend of his step-dad.

We assume these eminent legal eagles have satisfied themselves that they are in no way conflicted by the case and look forward to further information being brought before the court.