Let The Case Be Heard

The Prime Minister has employed a number of unconstitutional actions to prevent a ciminal case being launched with regard to 1MDB.

July 2015 he sacked the Attorney General and replaced him with a political henchman, who then refused to follow through on the recommendation of the investigating bodies that a criminal prosecution should be launched.

Later, when the Auditor General produced his own report into the situation, which corroborated the findings of those investigators, Najib employed the National Security Council, to unconstitutionally prevent that from being published also. 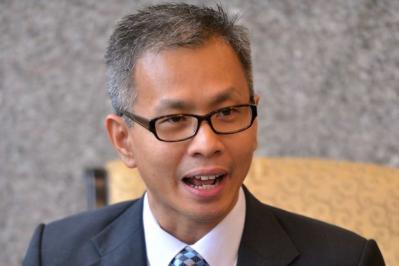 Tony Pua has shown the guts to challenge the PM in court. He reckons he has a solid case. Does the PM have the guts to stand up and fight?

In his mind, it would appear, Najib has equated his own political survival with the safety of the state and until the unconstitutionality of the National Security Council Act (which the Agong and Council of Rulers refused to ratify) is established, he intends to carry on that way.

However, there have been many occasions where civil trials have shown up the failings of public prosecutors, who have neglected for whatever reason to bring matters before the criminal courts. The trial of OJ Simpson, who murdered his wife, was one.

DAP’s Finance Spokesman and a member of the Parliamentary Accounts Committee, Tony Pua, has now laid his own civil case before the Malaysian courts, laying out in excoriating detail the mounds of evidence that point to severe and deliberate wrong-doing i.e. theft from 1MDB.

He is suing Najib on the basis that he, like every person in the country, will suffer loss and damage as tax payers now faced with paying off the $7 billion ‘lost’ through 1MDB – plus all the huge interest payments owed on that money, which has raised the debt to around $12 billion dollars.

He is also pointing out that for speaking out about the scandal he, an elected representative in Parliament, was arbitrarily deprived of his travel documents for several months – effectively imprisoned in the country and denied his freedom of movement. 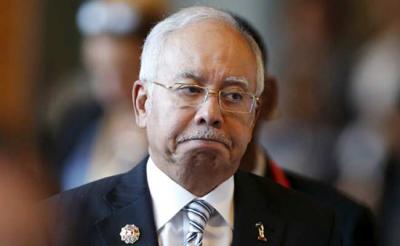 Najib – will he run or fight?

He has a case that is of highly significant public interest and the document he has put before the court contains evidence that ought on highest priority to be scrutinised by objective judges, in order to determine whether he and the rest of the people of Malaysia have indeed been defrauded thanks to the Defendant’s (Najib Razak’s) “misfeasance in public office” and abuse of “his public office in personally benefitting and/or profiting from his receip of 1MDB Funds”.

Pua placed his writ before the court (no nonsence about ‘letters before action’) on 18th January, giving the Prime Minister 14 days to make his reply. Wednesday 1st February marks the due date.

We can be sure, on past performance by Najib, that he and his lawyers will put all their efforts into having the case dismissed – calling it “frivilous” or “vexatious”, which is the traditional get out.  They will lean with all their power and money on the courts and judges to ‘strike off’ the case.

After all, the world has watched as Najib has angrily protested and threatened to sue news outlets who have revealed information about the thefts from 1MDB, including this news site and papers like the Wall Street Journal…. only to then slink off his tail between his legs, too scared to have the details heard in court.

Instead, the Prime Minister has fallen back on those trusty ‘terrorism laws’ again to accuse Sarawak Report of a strike against the safety of the state of Malaysia and, even more preposterously ‘activities detrimental to parliamentary democracy’.

No international jurisdiction has given the time of day to Najib’s demands to arrest and extradite the journalists concerned.  To the contrary, law enforcement agencies across the globe have started their own investigations and launched various prosecutions also against the vast money laundering operations linked to 1MDB, and money that passed through Najib’s own bank accounts in KL.

So, will Najib succeed in lashing his legal lackies into submission on this civil case? If so, it will be another abuse of power in office that the world will see for what it is.

Meanwhile, the devastating details of the 1MDB thefts are now laid out in forensic detail in both Malay and English in the 161 sections of this complaint. So detailed is the evidence and so clearly substantiated by the proven facts and documentation, that if Najib had to take the stand and argue matters he would have no place to hide.

Malaysians curious to understand in clear stages exactly how their money was stolen through 1MDB, should access the documents, via this link and this link, and read the simple explanations of a plain as daylight theft, made complicated only by the arguments that have been raised around the issues.

Najib, to give him his due, says it is all untrue: a figment of fevered imaginations; the product of forged documents. He holds that there is some other reason for 1MDB’s huge debts, to do with ‘plotting by conspirators’ against him.

In which case Tony Pua has presented Najib with a golden opportunity to deal with such critics and conspirators once and for all. The Prime Minister, if innocent, should take up the challenge and counter-sue this opposition MP and destroy him financially and politically for hounding him over this pesky matter.

Najib should take the stand in court and explain in clear and open detail exactly how he curated this 1MDB fund for the benefit of the nation and exactly why it was acceptable for $681 million dollars of 1MDB’s borrowed money to be spirited within 3 days of being raised in the name of developing the projected Tun Razak Exchange (which remains a wasteland) into his own secret personal account.

He complains about being tried by the media, so he should sue those critics in a Civil Court, where cases such as these belong. The court of public opinion will now indeed judge the Prime Minister by his actions, it’s called politics.