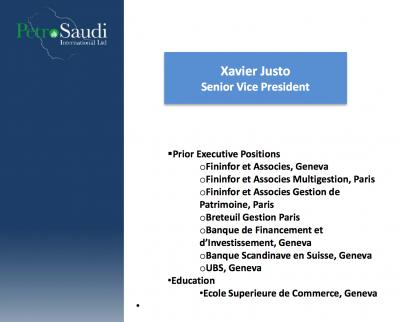 Justo was not an IT exec

Numerous news outlets have over the past few days retailed the Malaysian news agency Bernama’s deliberate belittling of Xavier Justo, with regard to his role and status when working with PetroSaudi.

As news of his impending planned release has come out of Thailand, Justo has once more been labelled an ‘IT executive‘ with the company in a repeat of the false stories that were circulated at the time of his contrived arrest.

This was a fabrication orchestrated by PetroSaudi in its elaborate bid to discredit the now proven information about thefts from 1MDB, in which the company had played a pivotal role before Justo joined its London operations.

Justo was in fact a Senior Vice President and Director of the company. However, he was not involved in the 1MDB negotiations, which were between PetroSaudi Shareholders Tarek Obaid. Prince Turki, Patrick Mahony and 1MDB’s Jho Low and Najib Razak.

Justo’s key role came subsequently when he took over the company’s management of the Venezuelan operations, which were funded by money received from its role in the 1MDB heist.

To prove this point, we remind readers of documents from PetroSaudi’s own database including their own company structure (featured above). 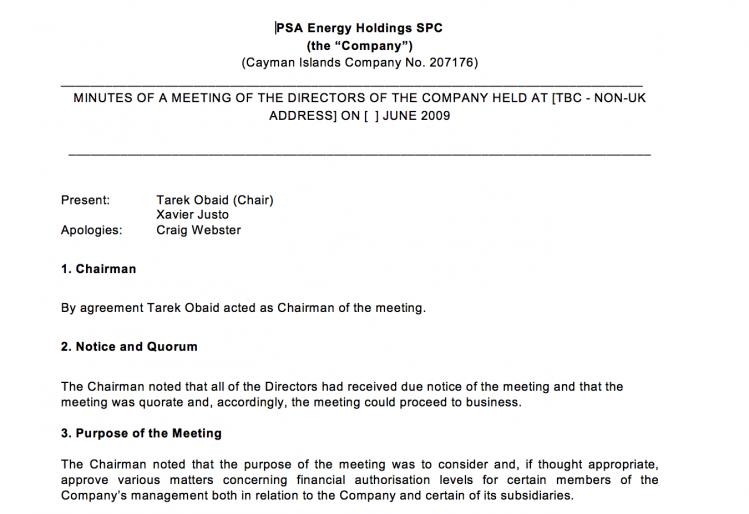 Director of the related company PSA Energy, along with other companies in the group as well as registered Director of PetroSaudi at Companies House in London for a year in 2010

It is simply not credible and totally inaccurate to describe Justo as a hired IT executive – in fact he had no expertise in IT, as PetroSaudi’s own biography of their fellow Director makes clear:

Justo was a banker – no IT qualifications in sight

It is also clear from PetroSaudi’s own internal documents (eg the one below) how their scoop from the 1MDB heist was the $300 million share that went into their company.

No mention of the $700 million that they claim was repaid as a ‘loan’ to their ‘subsidiary’ Good Star Limited.  Because, as the FBI pointed out in their 136 page investigation document laid before the US courts, Good Star belonged to Jho Low and that remainding $700 million of the first 1 billion dollars paid out by 1MDB went straight into that account: 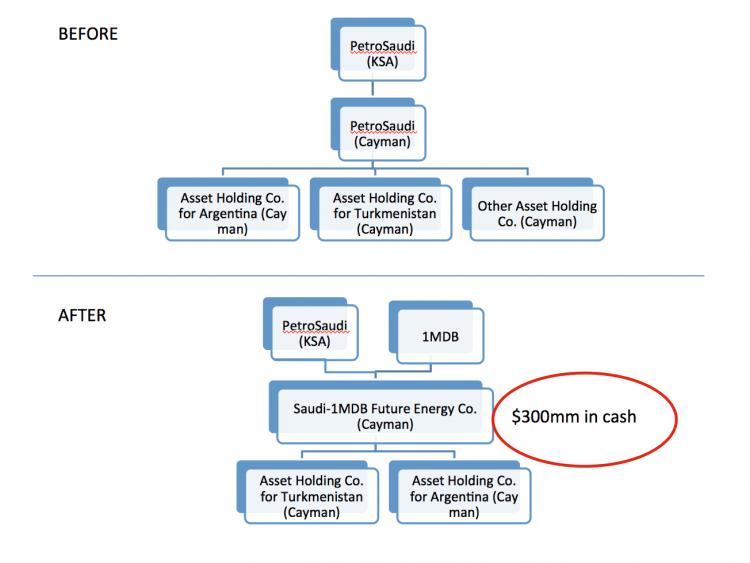 Yipee! $300 million in cash to invest in our brand new business, in return for acting as a front for 1MDB and Jho Low!

PetroSaudi has been caught out telling endless lies. The lies and belittling of Justo, participated in by Malaysian official news agencies, are just part of their now fully exposed sham attempts to continue to portry themselves as an honest company, innocently caught up in 1MDB.

PetroSaudi’s remaining directors will not be happy to see Xavier Justo back in town.  In fact, they together with Najib Razak will be doing everything within their powers to bribe and bully whoever they can in order to prevent it. 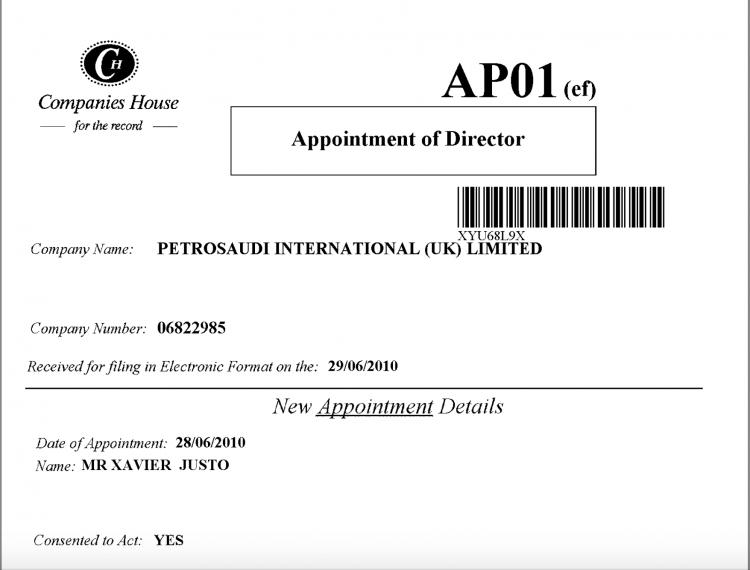 Official documents for all to see at London’s Companies House.