Towards the end of Channel 9 Australia’s compelling analysis this weekend into the fate of missing flight Malaysian Airlines MH370, Danica Weeks, the Australian wife of one of the victims revealed how Najib’s wife Rosmah Mansor gave the game away when she spoke to her about the disaster:

I said “find my husband, you need to find my husband. What are you going to do? You need to do everything in your power to bring my husband home”
She told me that it was “very horrible that someone would do this to 238 innocent people”.  She was insinuating that the pilot took the plane.

In fact, it is clear from the documentary that not only the wife of the Prime Minister knew, but that all the top officials in Malaysia have known pretty much from the start that this is what happened.  Captain Zaharie Ahmad Shah deliberately piloted the plane to its doom. 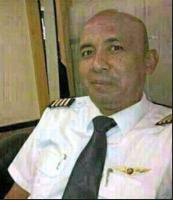 However, Malaysia has preferred to pretend that there is still no conclusion to the enquiries and it has stalled investigations rather than admit the truth.

As a result tens of millions of dollars have been wasted (mainly of foreign Australian money) and months of unnecessary agony of unknowing foisted on the families of the victims.

All to save Najib’s face once more.

See the movie:
Part I
Part 2

The programme reminds the audience that two large sections of the plane were discovered, but that Malaysia has a year on made no effort to recover them or say anything about what they reveal about the crash.  The first was sent to France, where it has remained with no official statement coming out from the investigation centre. 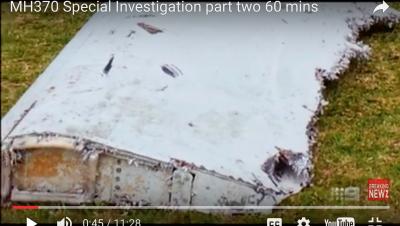 The second was not even claimed by the Malaysians from the African coast. So, given Malaysia’s glaring reluctance to obtain further evidence to prove what happened, Australians went and retrieved it for examination themselves.

What the evidence from this debris in fact conclusively shows, says 60 Minutes, is that the only possible scenario was that the plane was deliberately ditched into the ocean by its pilot.  You can see it just from looking at the pictures and without even needing to do in-depth analysis, say experienced investigators.

This was also the theory arrived at by British pilots over a year ago, who explained how the route taken by the plane could only have been a deliberate journey by the pilot, who even circled his home island of Penang before heading on his murderous mission south. 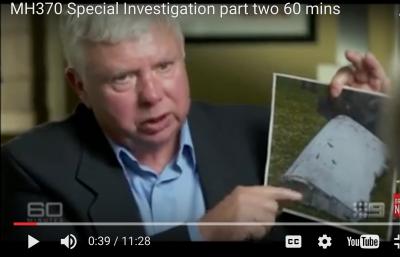 Larry Vance – shows the evidence that the Malaysians have ignored

60 Minutes has now gained further concrete corroboration of the theory from a top US air accident investigator, Larry Vance, who says the evidence of the debris confirms this could have been the only possible explanation.

The recovered wing flaps show that they were titled down in a controlled landing at the time they hit the water, shredding the tips in cosequence.  This could only have been done by a pilot. 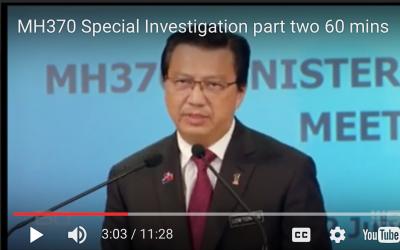 The shocking story of a mass murder by a suicidal pilot is by no means unique. However, it is something no airline or country is ever pleased to admit.

There have been a number of pilot suicides, including most recently by a German* pilot, who flew his passengers deliberately into a mountainside.

The Germans faced up to the tragedy and its causes, but when an Egypt Air pilot had done the same some years earlier that country tried to cover up the cause of the tragedy in the face of overwhelming evidence, and chose to blame bogus mechanical failure instead.

It seems Malaysia, under the master of cover-up, Najib Razak, is now up to same thing.

In particular, 60 Minutes reveals for the first time that the Malaysian authorities have been deliberately hiding evidence that the pilot of MH370 Zaharie Ahmad Shah had been practicing an almost exact same flight path on his simulator in the weeks before the flight – and then had attempted to wipe the evidence from his hard-drive (see featured picture).

Until now this compelling evidence has been kept secret, whilst Malaysian officials have preferred to stand and say they simply still do not know what happened. 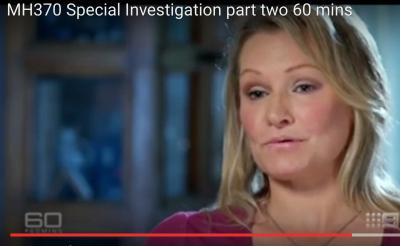 Cover-ups are nothing new under Najib.  In fact, they are the hallmark of his government, in which this pampered and privileged son of a former Prime Minister has conducted himself as if all manner of thefts, murders and misdemeanours can be fixed and swept under the carpet.

When challenged on the evidence at a press conference by the Australian 60 minutes journalist, Transport Minister Liow Tiong Lai, simply said no answers had yet been arrived at – after which the conference was hastily brought to a close.

What Najib and his colleagues do not want discussed is above all what motivated the rogue pilot.  Because, not only did Malaysian Airlines fail to pick up on the plainly deteriorating mental state of one of its top pilots, who was spending his down-time plotting suicide missions on his simulator back home. They also failed to act when his wife departed on the very eve of his mental breakdown.

And then, of course, there was that thorny issue of Anwar’s conviction, which the PKR supporting pilot attended in court on the very morning of his deathly decision to kill himself and all his passengers.

Whilst it may have been tempting to somehow blame this murder/suicide on their ‘political enemy’, Najib’s advisors will have been wary of the far greater danger and disadvantage of allowing the rest of the world to dwell on the shameful trial of Malaysia’s opposition leader, which was so fraught with injustices and irregularities and apparently also helped trigger such an appalling act of domestic terrorism.

It appears that in Shah’s fractured mental state he concluded that this ghastly action would draw the world’s attention to the political persecution of Najib’s most dangerous and successful challenger, who had out-performed him even in a rigged election. 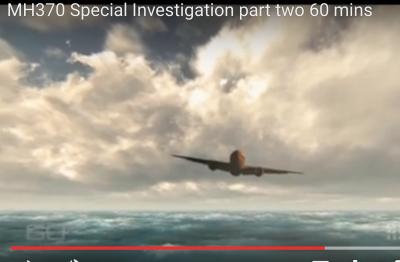 These are the motives behind nearly every crazed terror act, usually by misfits, who take what many might feel to be a “righteous cause” to justify extreme and disgraceful acts.

Najib didn’t want a world audience dwelling on that motive, any more than he wants them dwelling on the motives behind the death of Altantuya, Hussein Najadi or indeed prosecutor Kevin Morais.

However, while UMNO/BN may have got away so far with treating their own citizens in this haughty and unaccountable fashion, the Australians and the Chinese victims of this outrage will hold a very negative view of their wilful refusal to face up to facts and reveal the truth.

Najib has just further distanced himself from two of his most important neighbours.

Altogether it’s been a bad week for Malaysia’s ‘Bonnie & Clyde’ and eventually all those skeletons, which have been tucked away for so long, will come tumbling out of their hiding places.

*The pilot was not Lufthansa as first indicated