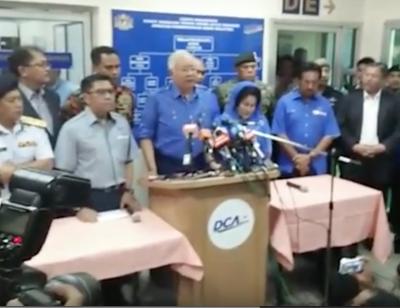 The BN helicopter has been found crashed and a body recovered

Najib’s pre-election day press conference on the tragic loss of a civilian helicopter has brought an air of MH370 to the planned glorious grand finale of the Najib/Adenan Sarawak election blitzkrieg.

The fact that an UMNO Minister and the Chairman of Malaysia’s Oil Palm Council were the VIP victims of this sad event has seemed symbolic of the fact that UMNO/BN politicians have hummed in fleets of helicopters like mosquitoes over Sarawak’s skies for the entire election, whilst opposition leaders remained banned from campaigning in the state.

This very morning none other than the Menteri Besar of Selangor, Azmin Ali, was unceremoniously turned back from Kuching  with the added insult of being called “undesirable”, whilst Najib and all his UMNO cronies got back in their publicly paid for helicopters to make their last tours around the state. 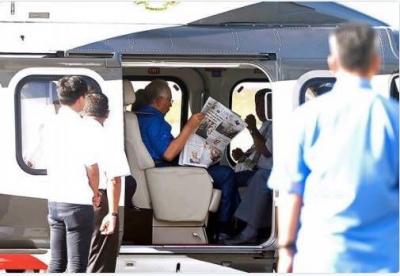 If this strong arm approach, plus all that cash, was meant to remind the locals who is boss (ie UMNO/West Malaysia), then that is the way it has always been done in Sarawak and you can’t expect the old men behind this campaign (namely, Najib, Taib and ex-PBB Treasurer Bustari Yusof) to learn new tricks.

However, these same old tactics and everything else that has gone on over the past two weeks has stripped the mask from the so-called “Adenan Factor’, which was how this election was so expensively branded 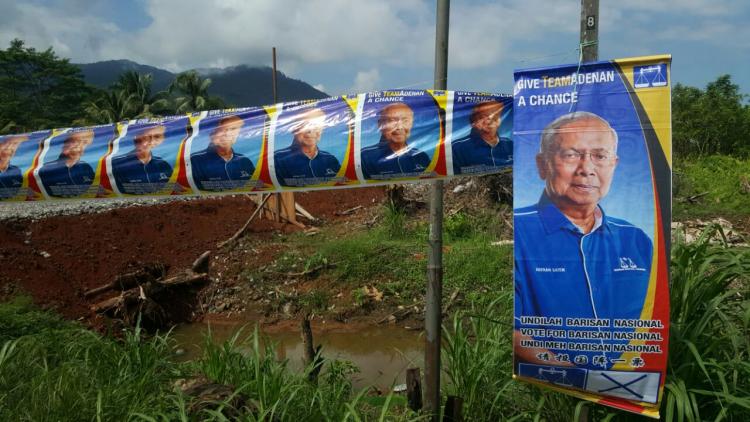 The “Adenan Way” was an attempt to not only to pay and bully voters, but to be seen to actually win hearts and minds, especially within the urban areas, which had turned against Taib in 2011. 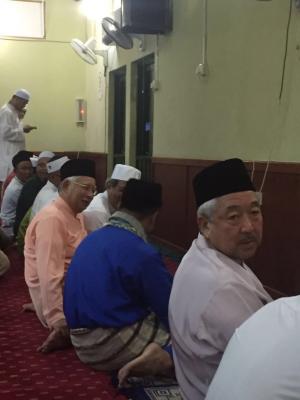 But, it appears that so much lavish expenditure and over-kill have been poured into ramming home the messaging of a benign, different, new “Adenan Style” in this BN campaign, that it has started to turn counter-productive – not least because the reality doesn’t match.

Equally striking has been the visual absence of the real men of power behind their elderly poster boy, because Taib and Najib’s election strategists know how much both their men are hated.

Adenan, the campaign managers realised, had picked up some affection in Sarawak by the very virtue of not being either of these two men. He has exploited the situation by ‘dissing’ Taib with easy jokes and playing up the autonomy talk.

The new CM had furthermore made ‘bold gestures’, ticking off the timber barons and freezing (temporarily) a few concessions – all to the immense relief and delight of a people who have laboured under their oppression for so many decades.

All of the above was considered gold dust for a BN campaign team, who had all the cash they needed (thanks to those royal donations from 1MDB) but precious little with which to win hearts and minds. We didn’t just buy and bully this election, they plan to say. Sarawakians love their new CM and his ‘new and different’ way of doing things – and with him, Najib.

Except, as the last month has shown, there is nothing new or different about Adenan, who is an old BN warhorse politician and was part of Taib’s inner circle in Sarawak for all of the past decades of misrule.

Everything that he, together with Najib, have done on this campaign has been worse not better than before, making it arguably Sarawak’s dirtiest election ever. 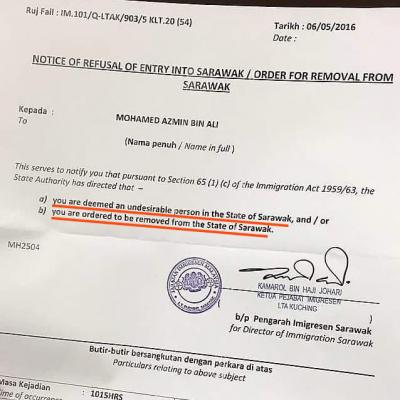 The Chief of Selangor ‘insulted’ to be deemed an ‘undesirable person’ by Adenan!

In 2011 there was at least an opposition leader, who organised and brought together his coalition and drew great crowds in Sarawak’s urban areas.

In 2016 BN have ensured that Anwar has been jailed and none of the opposition’s big hitters have been allowed anywhere near the state.

Nural Anwar, Azmin Ali – Adenan’s counterpart in Selangor – and the DAP leaders have all been booted out.

Lesser figures, activists and even civil rights campaigners have also been churlishly denied entry or significantly forced to leave 48 hours before the election, plainly to disrupt effective monitoring of the counts or any recording of abuses.

Moreover, it was Adenan who over the past months has forced through the creation of 11 new phoney rural seats to give himself a crucial boost, despite the violation of constitutional rules over the sizes of these constituencies.

And it has been Adenan who created the new phenomenon of “Direct Candidates’ answerable not to their parties but to him.  He has then appointed a raft of the worse and dirtiest of the top timber tycoons to stand uncontested in these seats. 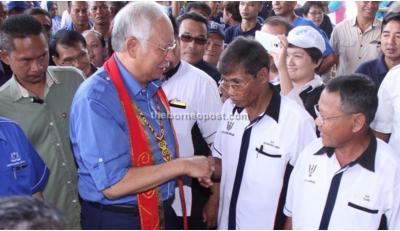 Thanks to these tactics and to the desperate Najib the money has therefore flowed into the Sarawak campaign like a river, plain for all to see, in what appears to be the most costly election ever recorded.

Even today, on the last day of campaigning, Najib has continued to blatantly and disgracefully abuse his role by announcing local projects.

No wonder Sarawak’s skies have hummed with helicopters as BN/UMNO politicians have strutted round the state.

Yet, who in Sarawak believes that those new timber tycoon YBs will not use their added political power to further their own business interests even more, bringing more abuse of people who have already suffered so much?

Finally, “Clever Adenan” has supposedly hijacked the Sarawak for Sarawakians movement for himself, his managers are claiming. It is he who is championing the Dayak identity and protecting their autonomy from ‘Malay imperialism’, not the ‘weak and useless’ opposition, the propaganda goes

Incredibly, BN are even congratulating themselves for ‘protecting’ native lands. 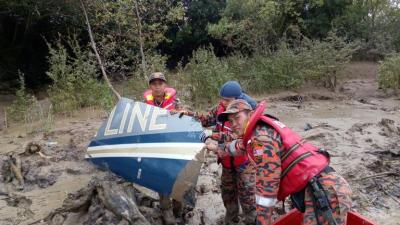 However, did not Najib’s blunt rejection yesterday of Adenan’s request (stolen from the opposition) that Sarawak should at least receive a modest 20% of its own oil revenues put an end to that?

So, the closing message of this campaign, as the RM50 ringgit notes start to rain on polling day, could not be clearer.

Sarawakians can have their beer money for now, but they must continue to accept BN’s plastic rain buckets as their portion of development if they accept the bargains, because the UMNO warlords in their helicopters do not intend to be the ones who suffer from their own financial policies.

In these ways, the Adenan mask has well and truly slipped in this course of this short campaign. The  question is what will Sarawakians do about it when clutching their ‘ang pow’ they finally place their cross on the ballot papers?

Because, if Adenan wins big in Sarawak, then Najib plans a snap general election, which can be guaranteed to be every bit as dirty as this one – it’s designed to get him off the hook over 1MDB.