Yesterday’s developments in the Singapore courts have revealed further details about the unravelling criminal enterprise to launder billions of dollars of public money from Malaysia’s development fund.

And more familiar key players have floated into the picture as further evidence emerged from the case of the Commercial Affairs Department against the BSI banker Yeo Jiawei, who has been held on extended remand – in particular Jho Low’s associates Eric Tan and Nik Faisal Arif Kamil.

The prosecutor has now added a 7th charge of forgery against Jiawei – and in the process has for the first time directly referred to a 1MDB entity, namely the former subsidiary SRC International (now absorbed by Najib directly into his Ministry of Finance, following years of controversy over its opaque handling of RM4 billion borrowed from the KWAP public pension fund). 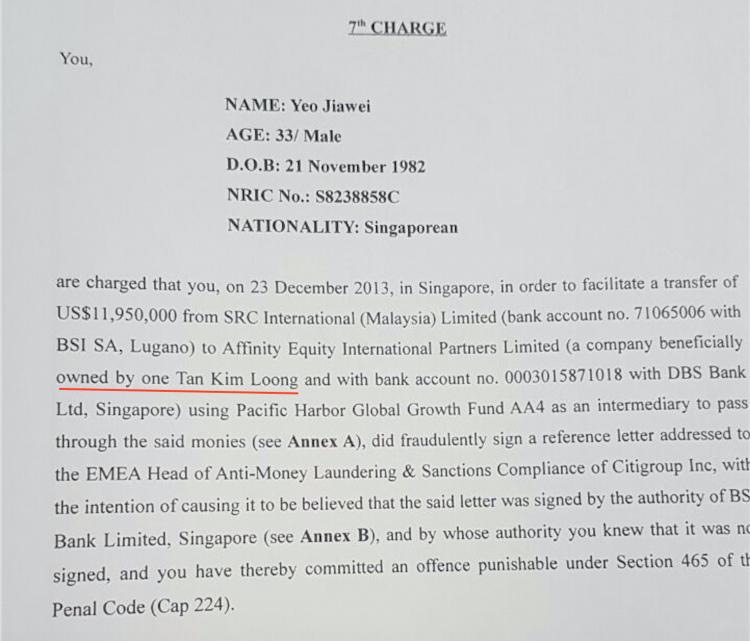 Jiawei forged a signature, alleges the prosecutor, on a letter supposedly authorised by his bosses at BSI bank, to transfer US$11.9 million from SRC to a fund (Pacific Harbour Global Growth Fund AA4), from which it was then hopped on to another company named Affinity International Equity Partners Limited.

What the prosecutor is saying is that this was a planned scheme to steal the money by falsely investing it into a front enterprise, which in fact passed it on to another company.

And whose company was this $11.9 million passed on to, say the prosecutors?

As Sarawak Report has reported Eric Tan has been involved in assisting Jho Low in a number of transactions, including buying jewels in Hong Kong for Najib’s wife Rosmah and also transferring US$20 million to PetroSaudi Director Tarek Obaid (on September 30th 2009, the day after the bogus joint venture with 1MDB was signed).

Other such companies linked to 1MDB include Aabar Investments PJS Limited and Blackstone Asia Real Estate Partners Limited, both of which have been linked to Jho Low.  The former has been identified as the company which sent US$100 million directly to Red Granite Capital, the finance company owned by Najib’s son Riza Aziz, to fund his film Wolf of Wall Street.

Meanwhile, the bogus Blackstone subsidiary has been identified by Sarawak Report as the source of hundreds of millions paid into Prime Minister Najib Razak’s AmBank account in KL – and also half a billion dollars, which went into the disgraced former Chairman of Aabar, Khadem al Qubaisi’s, Luxembourg account at Edmond de Rothschild Bank.

The afore-mentioned Eric Tan has also been identified as the person who incorporated the company Tanore Finance Corporation, which was the company which paid a whopping further US$681 million into Najib’s KL accounts shortly before the General Election, using its account at the Aabar owned Falcon Bank.

Forged signatures and the role of Nik Faisal Arif Kamil

The Singapore prosecutor brought as evidence before the court what he described as a letter with a forged signature from BSI, sent to obtain the release of the money through the US clearing system via Citibank.  He implies that the signature of the person authorised by BSI for such matters (below left) was forged by Jiawei. 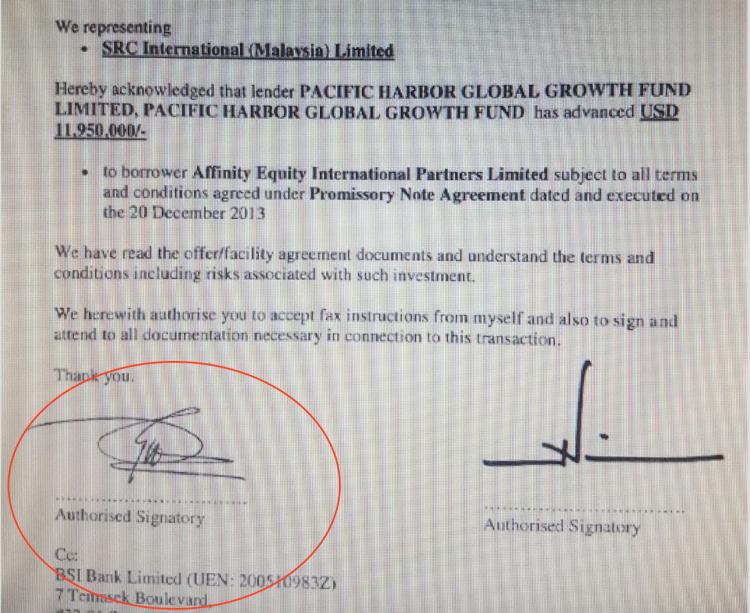 The allegation is that Jaiwei forged the BSI signature.. but who OK’d the investment from SRC?

The accompanying letter itself is very reminiscent of the disclaimers provided by Bridge Global in the Cayman Islands, where 1MDB supposedly invested no less than US$2.3 billion, which it alleged it had made out of its PetroSaudi joint venture.  Bridge Global made it clear that its investments were high risk and it was very likely that 1MDB could lose all of its money – in fact, since the money had already been lost, we suggest Bridge Global account was merely a sham designed to cover that loss.

A statement was later produced by 1MDB’s CEO Arul Kanda indicating that US$1.03 billion had been transferred from Bridge Global to yet another BSI account in the name of a 1MDB subsidiary, Brazen Sky.  But the Singapore investigators have likewise confirmed that this statement was also forged.

It would appear therefore that the disclaimers (below) in a second letter presented by the prosecution, containing the same forged signature by Yiawei are a similar gambit to explain in advance why no money should be expected back from this investment either. 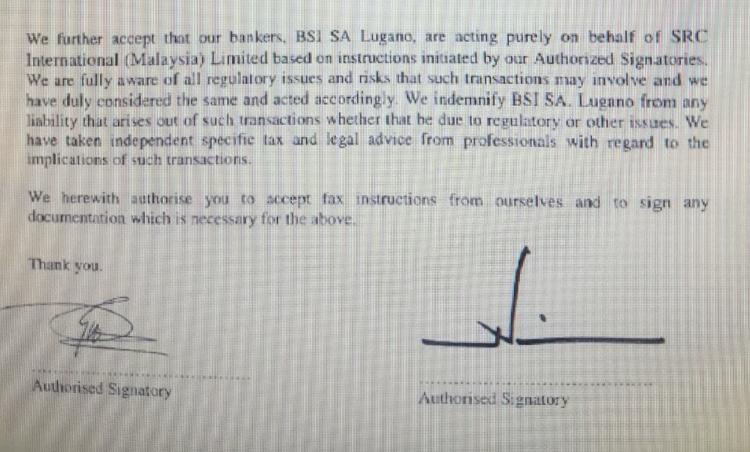 SRC agrees to take all the risk

There is, of course, a second signature on this letter (above right), showing authorisation also from the source of the cash, the Malaysian Government owned SRC International.

Sarawak Report has identified this signature as belonging to Jho Low’s other key side-kick, Nik Faisal Arif Kamil, who by then had been appointed the CEO of SRC International (having previously acted as the Chief Investment officer of both 1MDB and UBG Group – which was bought up using 1MDB cash in 2010). 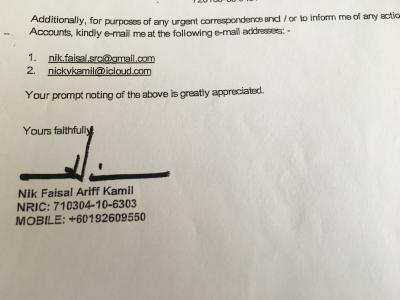 By the time of the US$11.9 million transfer in December 2013 Nik Kamil held a power of attorney over a number of Najib Razak’s private working accounts in AmBank.

According to a letter obtained by 1MDB investigators, Nik had to appoint named assistants who could be used to input urgent large cash deposits into these accounts on his behalf.

His signature on that letter to the bank is identical to the signature authorising the U$11.9 million transfer to Affinity International Equity Partners Limited, indicating that once again this Jho Low partner was complicit in the scam to extract money borrowed from the pension fund by SRC International, the government company he was responsible for private purposes.

Another gambit to funnel money out of 1MDB subsidiary SRC International? 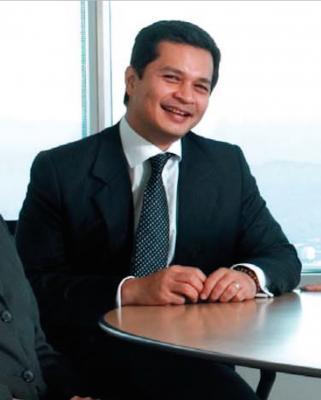 Nik Kamil fled to Jakarta last year, the moment the 1MDB investigations began and it has already been revealed that he used his position at SRC, combined with his power of attorney over Najib’s accounts, to transfer RM42 million and then RM27 million from SRC into Najib’s private accounts through a number of transactions between 2014 to 2015.

This money, the Malaysian Anti-Corruption Commission established, was used by the Prime Minister to fund credit card purchases of jewels, fashion items and holiday expenses in the summer of 2014 and also to make numerous payments to his political allies and others.

The Prime Minister has said that he was unaware that these payments had come from money borrowed by the government owned SRC/1MDB from the public pension fund and that he spent it as a mistake, unwittingly.

He has also said that the US$681 million transferred from Eric Tan’s company, Tanore Finance Corporation, to his other account was in fact a donation from an anonymous Saudi Royal.

His own newly appointed Attorney General, Apandi, has chosen to accept this as a suitable excuse and has “cleared him” of wrongdoing in the face of protests by the MACC and Malaysia’s Bar Council.

Neither has Apandi requested that the Prime Minister should pay the mistaken money back, which he received from Malaysia’s pension fund. The question now (which will surely be answered through this case) is whether the payment to Affinity International Equity Partners Limited will turn out to be another convenient mistake designed to transfer money borrowed from KWAP into the PM’s accounts?

Jho Low is reported to have once told intermediaries, who were representing demands for more cash by Rosmah Mansor:

“She has to be patient. It is not easy to just transfer all this money”

Gradually, it seems, the world is starting to find out how he did it. 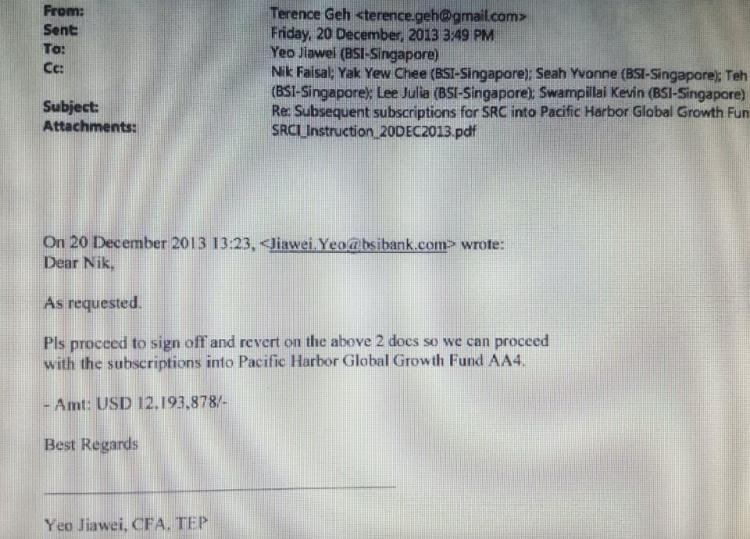 Complicity by Nik Faisal Arif Kamil, was emailed by Jaiwei about the plans