In early 2014 Sarawak Report received two lengthy and threatening legal letters from the Hollywood legal firm Loeb & Loeb, attacking our article, Wall Street Greed Malaysian Money, which had pointed out the links between the movie Wolf of Wall Street and 1MDB.

We had asked some questions about the US$100 million dollar movie starring Leonardo Di Caprio:

How did a brand new production company headed by Prime Minister Najib Razak’s step son manage to invest so much money?  And how come Jho Low was so publicly and closely involved with the film, given his links to 1MDB – i.e. was there a connection? 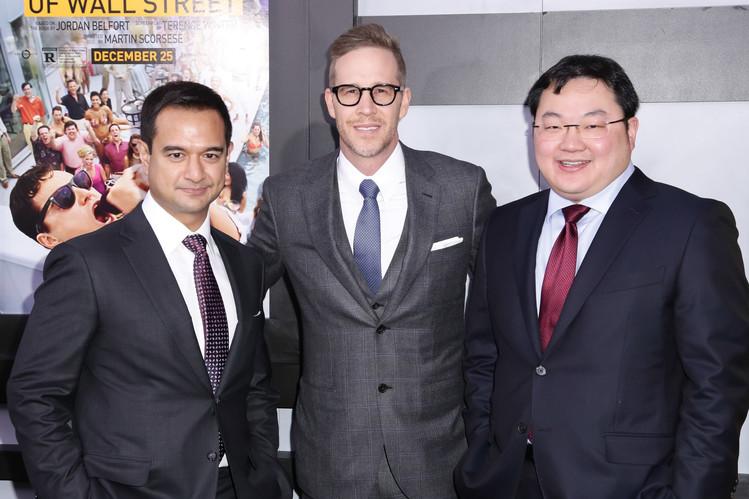 We also dug out information on two multi-million dollar properties owned by Riza in New York and Beverley Hills. How come this none too successful former banker in his early 30s manage to afford all this we asked?

Loeb & Loeb claimed we had no right to ask such questions:

“We write to object to the numerous false, misleading, defamatory, and malicious statements concerning RGP [Red Granite Productions] made in the Article, and to insist upon, among other things, an immediate and prominent retraction of, and apology for those statements…. Indeed, the Article is riddled with blatantly false and misleading statements and innuendo.  In a transparent effort to impugn, delegitimize and vilify RGP – as well as to advance a naked political agenda….” The first letter (Jan 2nd 2014) opened, before going on with further accusations for another 4 pages.

When Sarawak Report ignored the threats of financial disaster and destruction, unless it obediently retracted, Loeb & Loeb came back with more thundering threats – this letter went on for a full 7 pages:

“..to pursue your misguided vendetta against our clients solely because Mr Aziz happens to be related to the prime minister of Malaysia, whom you virulently oppose – you have published a series of libellous articles that are riddled with blatant, offensive, malicious and injurious falsehoods and false innuendo regarding our clients. For instance, despite the fact that there is absolutely no basis in fact for this claim, articles published in Sarawak Report have repeatedly asserted or insinuated (without any credible evidence) that our clients purportedly financed their business, films or personal expenses with illicit funds emanating from the Malaysian government. None of the financing of RGP emanates from the Malaysian government or any Malaysian government agency or official.  No Malaysian government funds have been used to finance the film The Wolf of Wall Street or any of RGP’s other movies…. make no mistake: our clients will not hesitate to take whatever steps they deem necessary or appropriate to ..protect their reputations and your time to take the necessary corrective action in rapidly running out..” (Jan 24th 2014)

Sarawak Report chose to ignore these threats on the basis that we had merely reported facts and asked valid questions.

We added the information that the wife of the partner of Loeb, who was handling this matter was Riza Aziz’s personal ‘wealth manager’, so we further asked if she might care to provide some of the answers to those questions?  The lady in question left her job with a major Hollywood agency a few days later and Red Granite is also believed to have parted company with Loeb & Loeb.

Two years later the threats against Sarawak Report remain un-acted upon, therefore, and it will be interesting to see how Red Granite responds to the fact that, after months of investigations by journalists, the Wall Street Journal has now published exactly how it believes money most certainly did travel from Malaysian Government funds to financing Red Granite – US$150 million in total, according to their documentation. 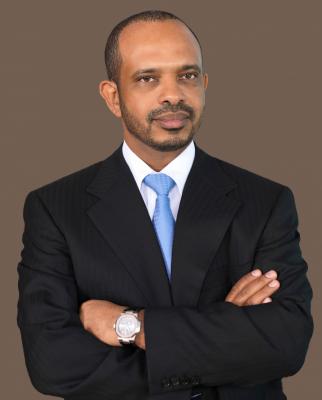 Mohamed Al Husseiny later claimed it was he who personally funded Red Granite’s movies – promting SR to point out that he was every bit as compromised as Jho Low, given he was the CEO of Aabar.

A final piece of the jigsaw in the unravelling mystery surrounding the missing millions from 1MDB, has come in the form of evidence that money flowed to a previously unpublicised BVI company named Telina Holdings, according to documents obtained by the WSJ.

It has already been unpicked how a total of US$2.4 billion from two bond deals in 2012 had allegedly been set aside for the Abu Dhabi sovereign wealth fund Aabar, which had guaranteed the loans and acquired certain options, later ‘bought out’.

However, this money was never sent to Abu Dhabi, it has been established, but was rather sent to a bogus BVI company named Aabar Investments PJS Limited (BVI), which had been privately incorporated by Aabar Chairman Khadem Al Qubaisi and his side-kick CEO Mohamed Al Husseiny (an American passport holder currently facing an extradition request from the United States).

Now the Wall Street Journal has established that money US$105 million was sent directly from Aabar Investments PJS Limited to Red Granite Capital, whilst another US$50 million was sent via Telina Holdings, which was also incorporated by the same two former head honchos from Aabar, who were both sacked last year. 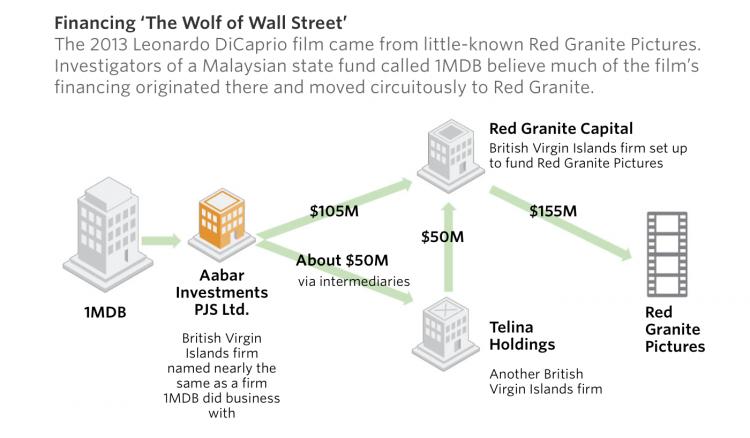 This means that Red Granite lied through its lawyers when issuing threats to Sarawak Report and that it was indeed financed by money from the Malaysian Government.  Alternatively, Najib and his son must finally now at this late stage do what they have threatened for months and years, but never actually done – which is to open proceedings against those who have brought to light the thefts from 1MDB.

Down in Southern California it is called proving you have the ‘cojones’.

Meanwhile, Luxembourg bank Edmond de Rothschild has admitted that it is cooperating with the authorities over payments into  an account owned by Khadem Al Qubaisi amounting to over half a billion dollars in 2012/13, which the state prosecutors have indicated they believe came from 1MDB via these same two bond deals. 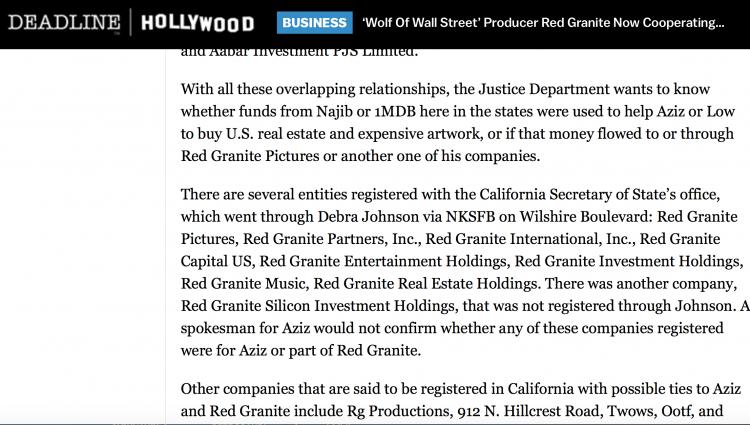