“Embezzlement”, “fraud”, “criminal mismanagement”, “misconduct in public office”, “forgery of a document”, “bribery of foreign public officials” and “money laundering” are the crimes today cited by the Swiss Attorney General’s Office as it announced an “extension of its criminal proceedings” relating to Malaysia’s 1MDB development fund.

The AG’s Office explains that it has four ‘chapters’ to what is plainly a massive investigation, which has been underway since August last year, as announced in January. These are “relating to Petrosaudi, SRC, Genting/ Tanjong and ADMIC, each involving a systematic course of action carried out by means of complex financial structures”, the statement said: 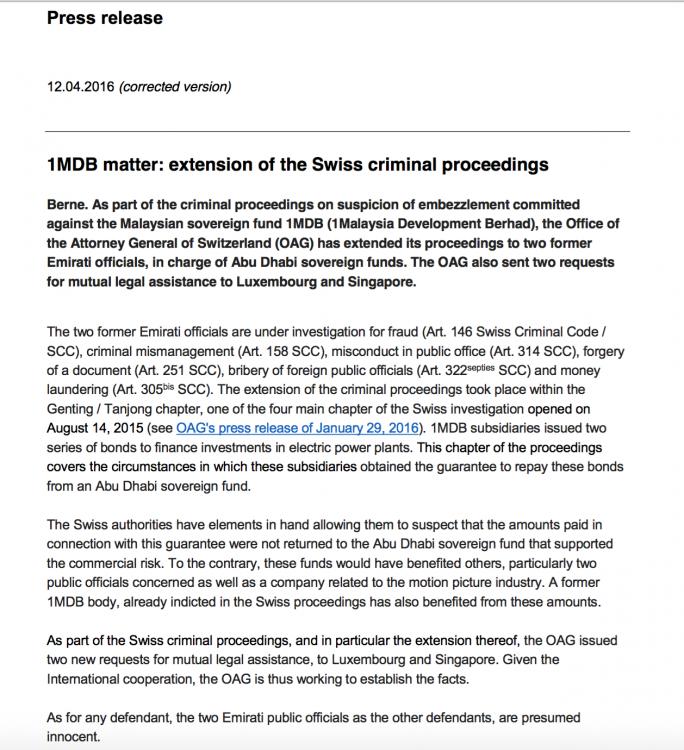 The text of the statement

The above crimes are specifically laid against the two “Emirati officials”, who were involved in the power purchase deals where the IPIC/ Aabar sovereign wealth fund backed a guarantee of bonds to 1MDB. The Public Accounts Committee last week identified that US$3.51 billion went missing from that deal alone.

It certainly presents a new challenge to those spokespeople for the fund in KL, who have doggedly continued to claim that nothing has gone amiss, including the Prime Minister, who set up the fund and is its sole shareholder and signatory and chairs its Advisory Board.

Big names in the spotlight 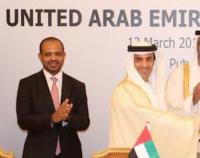 So who and what is being referred to here?

A knowledge of the circumstances of the 1MDB series of grand heists makes it pretty simple to deduce exactly who and what this Swiss statement is referring to, despite the coded and official language, and it should send hearts beating around Putrajaya and Malaysia’s ‘first family’ in particular.

We are happy to spell out the targets, whom, the Swiss  says will remain presumed innocent until actually indicted.

–  “two former Emirati officials” [involved in issuing guarantees for 1MDB bonds to finance investments in power plants].. “The Swiss authorities have elements in hand allowing them to suspect that the amounts paid in connection with this guarantee were not returned to the Abu Dhabi sovereign fund that supported the commercial risk”, explains the press release.

Readers of Sarawak Report will have no difficulty in recognising these two individuals as the former Chairman and CEO of Abu Dhabi’s sovereign fund Aabar, Khadem Al Qubaisi and Mohamed Badawi Al Husseiny.

Secondly, the statement explains that the money that did not go to Abu Dhabi through this ruse against 1MDB:

– “To the contrary benefitted others, in particular two public officials concerned”* 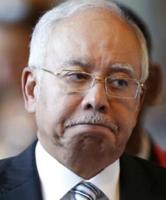 The public official who benefitted in Malaysia was the one at the top.

Readers of Sarawak Report will also have no difficulty in deducing that this public official, who benefitted from the money looted from 1MDB is Prime Minister and Finance Minister Najib Razak, who was the man who set up 1MDB and controlled every aspect of its business as the sole signatory and shareholder.

Razak has received billions into his personal accounts, which he has found impossible to plausibly explain.

The second “public official” would appear to be the ‘advisor’ to the 1MDB fund, Jho Low, who received billions into his own bank accounts, which had been diverted from the deal.

Yes, some of that money undoubtedly went on to pay for such necessities as Rosmah’s diamonds, but without doubt it also funded Crystal and fast living for the ‘official advisor’ concerned.*

Thirdly, and perhaps most devastatingly, the Swiss AG refers to:

– “a company related to the motion picture industry” 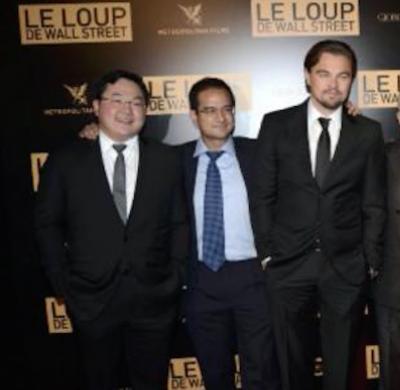 These are three entities whom Sarawak Report has for months, along with others, pin-pointed as the key plotters and beneficiaries behind the heist of the century at 1MDB.

There are, of course, other major players, namely Najib’s business advisor, Jho Low and his team of bent lawyers and officials, who devised the whole brass-necked scam in the first place.

Also their complicit front men at PetroSaudi, including the businessmen Tarek Obaid and Patrick Mahony, along with the feckless 7th son of the former King of Saudi Arabia, ex-pilot Prince Turki, who was paid US$77 million from 1MDB to allow his private company to be presented as a Saudi state entity in the first 1MDB bogus joint venture.

Why now?  The ‘house of cards’ has begun to topple

Now that the landslide has begun in this global prosecution there seems little likelihood that any of these characters will escape investigation, given that every dollar transaction involved in this brazen theft was cleared through the US banking system and is therefore known to the united global enquiry into the case.

The gathering pace of this investigation looks set to overwhelm the nay-sayers in KL.

Indeed last week the Malaysian Attorney General took himself off for a pre-planned operation, said by insiders to have been timed as a desperate excuse to avoid a meeting with Swiss investigators, which had been convened to discuss the lack of cooperation by the Malaysian authorities in the investigation of a massive crime against their own taxpayers. 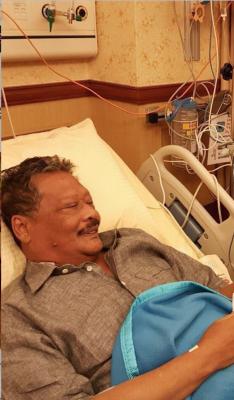 AG took to his bed at the start of the month… convenient timing may not have amused the Swiss?

However, the determined denials by Apandi; his ‘clearing’ of the Prime Minister; his refusal to allow Malaysian officials permission to liaise with foreign counterparts investigating 1MDB and 1MDB’s own contradictions of the evidence is clearly testing the patience of other countries.

Next up was the Swiss head of FINMA, who last week spoke of “massive money-laundering” of “vast sums”… by 1MDB.

Even Malaysia’s own Parliamentary Accounts Committee then waded in on Friday with its own damning report on the matter, giving local legitimacy to the hunt for the missing billions (as would the report of Malaysia’s Auditor General, had Apandi and Najib not classed it an official secret).

Then yesterday, the Abu Dhabi fund IPIC confirmed that it had nothing to do with Aabar Investments PJS Limited (BVI), which the boys in KL had explained was where they had sent billions of 1MDB cash to pay for ‘guarantees’ and ‘reversals of options’ by IPIC.

Today’s most definitive statement so far by the Swiss AG into the missing US$7 billion (RM28 billion) from 1MDB is regarded in that country as being unprecedented in its bluntness and transparency during an on-going investigation.

Insiders told journalists the reason was that they have received so many media questions from around the world about 1MDB that they decided to release all the information in one comprehensive statement.

But, there is clearly also another reason for this aggressive and open approach. 1MDB has become a major benchmark case for global defences against trans-border corruption, money laundering, crime and terrorism.

If the regulators fail to deal with Najib’s fund, just because of his political position, then it will demonstrate an appalling international weakness in the face of dangerous criminal forces.

It remains for one final official body, which has yet to make any formal announcements, to make its move.  The key central investigator in this whole affari is the United States Department of Justice, which by now has collated every single detail of how the money stolen from 1MDB was passed, through such entities as Good Star Limited in the PetroSaudi venture and Aabar Investments PJS Limited in the Abu Dhabi deals, into the accounts of the Prime Minister and his step-son in Hollywood.

What is Najib’s plan for when they spell it all out and issue proceedings?

* there was an original translation confusion as to whether the press release referred to one or two public officials. The AG’s office has now confirmed it was referring to TWO public officials, who benefitted from the stolen billions.