The increasing number of land disputes highlighted on the radio show fly in the face of current Chief Minister Adenan Satem’s promise of reforms.

This latest land grab involves Taib’s first cousin and known proxy, Hamed Sepawi, whom Sarawak Report has previously exposed for a number of controversial land-grabs from Sarawak to Liberia and even Tasmania.

In June 2011, Malaysia’s Anti-Corruption Commission opened investigations into Taib for corruption. The findings of which have not been made public.

Adenan Satem received praise in 2014, when he gathered the tycoons of the state’s six biggest logging firms, (including the Sepawi-linked companies Samling and Ta Ann) and publicly accused them of using “corrupt practices”.

And in July of last year, Adenan declared that there would be “No more plantations. No more encroachment or conversion of natural forests into estates.”

But fast forward to 2016 and communities and NGOs are starting to find out that not much has actually changed on the ground. Upreshpal Singh from the Malaysian NGO Friends of the Orangutans (FOTO) recently told Sarawak Report that:

“We are very disappointed we never received any reply from the Chief Minister while he claims to want to protect Sarawak forests. It looks like it is still business as usual in Sarawak“.

Earlier this month, the Iban community of Kampung Raeh, Kota Samarahan contacted Radio Free Sarawak (RFS) in order to highlight their desperate situation. The villagers say that the Sepawi-linked company Usaha Jasamaju Sdn Bhd have reneged on a verbal agreement to compensate them in return for developing their land for oil palm.

Instead of halting land clearing until the community were rightfully compensated, the caller told RFS that Usaha Jasamaju went ahead and continued to excavate their land anyway. 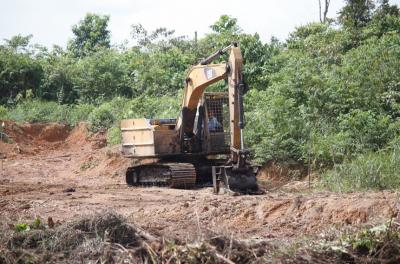 In desperation, the community held a protest on Jan 17th and seized two of the company’s excavators to stop further work.

Usaha Jasamaju then lodged a police report at the Kota Samarahan police station and some of the villagers were called in for questioning.

According to the local caller, the police acted swiftly and arrested and charged villagers under Section 506 of the Penal Code, which deals with criminal intimidation. The machinery was then quickly returned to the company.

But, when the villagers of Kampung Raeh say they showed evidence that the land belonged to them, backed up by the Land and Survey Department, the police refused to take action.  So, no change in the way that the police have failed to support the rights of native landowners between the bad days of Taib Mahmud and the present. 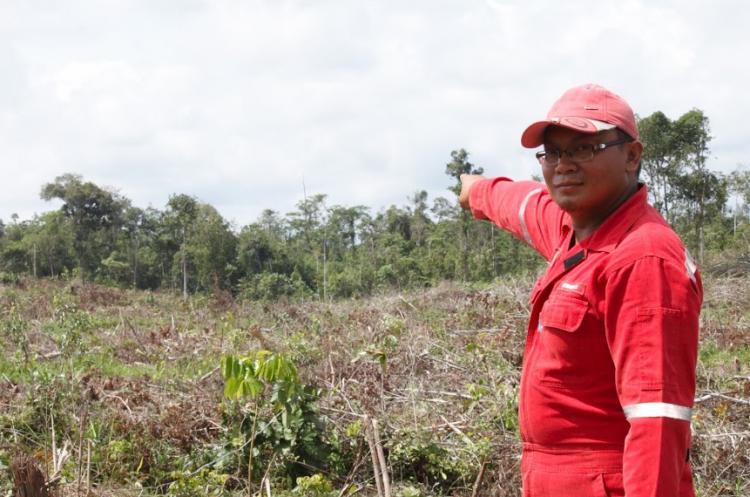 One villager points to the land in question. But where is their compensation?

The caller told RFS that he worries that the community have no chance against the company because of their link to the ruling party…. and of course Sepawi’s own relationship to Taib, who as Governor continues to blatantly control Sarawak’s economy through his myriad, state-supported businesses.

We cannot win the battle against the company as they have a strong political background! 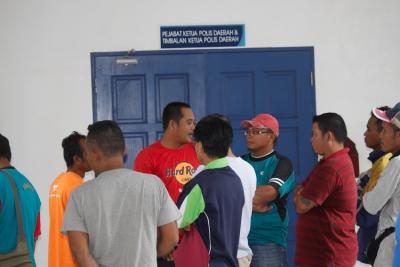 Members of the community were arrested and charged under Section 506

This is not the first time Sarawak Report have come across Usaha Jasamaju. In 2011, we exposed how the same company was granted a controversial land title in Sarawak’s Ensengei forest reserve by Taib’s own sister Raziah Mahmud.

The community say they have no money for legal representation, but told RFS they will continue trying to fight for their rights.

It is ironic that some of the community have been charged for criminal intimidation, when they themselves are being intimidated by those in power.

Isn’t it time therefore that Adenan put his words into action? 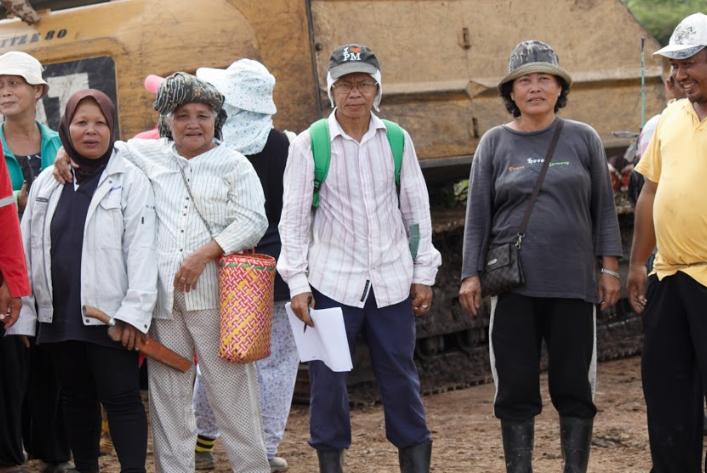