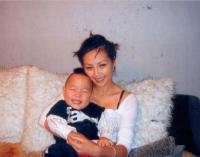 [update 15/02/16: SR took its translation of  Sirul’s cautioned statement (below) from the one published originally by RPK and used by Asia Sentinel and others for many years. There is a debate that the Malay is open to interpretation and she may have been referring either to being “with child” or “having a child” as now insisted by Sirul. In fact Altantuya had two children and it was asserted during the trial she was pregnant”]

Once again, a move to shut down burning issues in Malaysia appears to have fuelled the flames instead.

The convicted murderer, Najib’s former bodyguard Sirul Azhar Umah, has been mysteriously filmed in recent days, recording a number of statements from his Australian prison cell, apparently with little other motive than to dispel the raft of questions relating to the Prime Minister arising from the case.

First up, he has hotly countered the suggestion that there was any question that the woman whom he shot twice and then blew up with military grade explosives (apparently signed off by Najib who was Defence Minister at the time) was pregnant.

“I understand that it is the intention of certain quarters with vested interests to topple a certain someone,” he says. “I state here … in God’s name … the most honourable Prime ­Minister Najib Abdul Razak was never involved and had no links to the case.” [Australian]

These statements have been made in the wider context of his new narrative, delivered after a year of incarceration in the special criminal wing of an Australian migrant detention centre, which is that certain parties are trying to ‘use’ him to cast aspersions against an unknown person, widely accepted as being the Prime Minister. 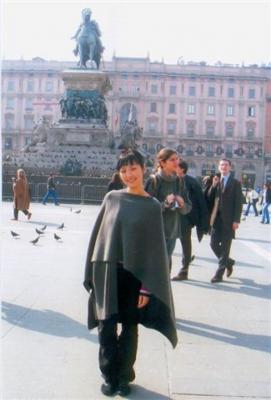 Sirul’s accomplices have now published four out of a total of five segments of his prison video statement, which are due to culminate shortly in the ‘naming’ of the supposedly nefarious parties, who had allegedly been trying to get him to falsely implicate Najib.

However, the denial over the allegations that his victim, Altantuya Shaaribbuu, was pregnant is particularly extraordinary, because it was his very own original confession at the time of his arrest that first gave rise to the understanding that she was carrying a child

The confession goes back to 2006, however its frank simplicity is hard to disbelieve.  Why would he have raised such an issue if it was not true?

We attach the confession to the base of this page in original Malay, because, for reasons that are hard to understand in the normal way of things, the prosecution decided to exclude it from his trial

In this original statement, made under caution to the police (who had traced his mobile calls to the murder scene, interviewed witnesses to Altantuya’s kidnap and arrested him as a result) Sirul raised the issue of the apparent pregnancy all by himself as he related what happened:

“I went back into the jeep and at the same time I saw Azilah [the senior bodyguard] outside the jeep carrying a bag containing an M5 weapon and silencer from the jeep that was located at the foot rest of the passenger seat and gave it to me ordering me to “shoot to kill” the Chinese woman who was inside the jeep.

After urinating, she saw the weapon that I was holding. I saw that she was in a state of fear and she pleaded not to kill her and said she was expecting.

At the same time, Azilah wrestled the woman to the ground and I could see that she had fallen and was in an unconscious state. I opened fire towards the left side of the woman’s head. [translation by Asia Sentinel]

So, back in 2006 it was Sirul who informed police that this woman was begging to live because she was expecting.  And yet now the very same Sirul is blaming others and the ‘media’ for putting about the story, supposedly in order to target Prime Minister Najib?

What is the world to make of that?  Especially since Sirul has been revealed to have earlier been blackmailing UMNO bigwigs via text messages to the tune of millions, in order to “say nothing”.  Because, “this way I won’t bring down the PM”, Sirul texted just before he was arrested in late 2014.

Does it not therefore appear that it has been Sirul himself, who has been the author of all the things that he is now blaming the media and others for reporting?

Under orders or just a motiveless crime? 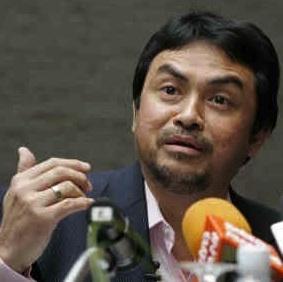 “All too simply boring” Razak Baginda – man with a motive who avoided charges or being called as a witness.

Much of the lingering concern over Altantuya’s murder in Malaysia owes to the shocking irregularities in the subsequent court case, which betrayed signs of extreme interference from high places.

The prosecution, defence and the judges (all of whom were substitutes for the originals assigned to the case) appeared to collude, in order to exclude key witnesses and suppress key evidence.  Indeed the original defence lawyer had resigned complaining he was suffering from extreme interference.

If the trial had been allowed to contain Sirul’s own original testimony, for example, they would have heard a very simple confession, which was that he was acting under orders (see below).  He did not even know the name of the woman he was ordered to “shoot to kill” and he thought she was Chinese, when in fact Altantya was from Mongolia.

In this original confession Sirul details how he, an officer of the Special Action Unit assigned to protect the then Defence Minster Najib Razak amongst others, was phoned by his immediate superior Azilah and ordered to join him, upon which he was told they were to kill “the woman who was disturbing the businessman Razak” [Baginda].

There were two attempts. On the first occasion they tried to shoot Altantuya and her friends in a hotel, but were fearful of CTV cameras:

At about 3.15pm I met Azilah at Central Market. He instructed me to observe Malaya Hotel where the woman who was disturbing the businessman [sic] stayed. Azilah also informed me there were three women staying in a room. When we arrived at Malaya Hotel, Azilah invited me to go to the 8th floor of the hotel. After we reached the 8th floor Azilah showed me the room that was occupied by the woman who was disturbing Razak. While on the 8th floor, Azilah asked me to “shoot to kill” all three women in the hotel room and asked that I stay in any one of the rooms on the 8th or 7th floor or any other floor with all lodging expenses borne by Azilah. I informed Azilah that I would not be able to do it because of the presence of CCTV (closed circuit television cameras).

The next day they kidnapped her outside the house of Najib’s Scorpene Submarine negotiator, Razak Baginda, and took her to a distant jungle to do the act.

Everyone in Malaysia now knows that Altantuya was demanding half a million dollars from Baginda to keep silent about kickbacks from the French submarine deal, during which she had acted as translator and been Baginda’s lover.

She wanted the money to pay for the child she was bearing and, according to separate evidence she had been introduced to Baginda by his boss Najib Razak. 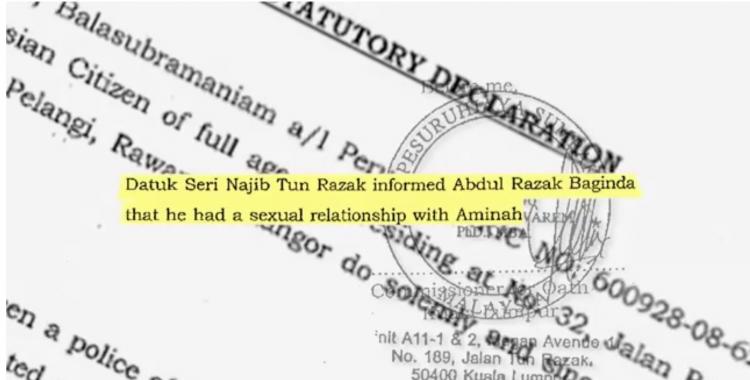 Meanwhile, the Scorpene bribery case (which names Najib Razak as a party to being bribed) has now finally officially come to court in France.

Yet, just last year Razak Baginda himself repeated the line that has been adopted during this singular conviction, which was that the bodyguards had no motive for their actions – they were just “rogue cops”. He himself had originally been charged, then due to be called as a witness and then dropped from the trial altogether.

“The truth to this murder is simply extremely too boring,” Razak said. “It was a straightforward murder, but there are still people convinced that (the) police cannot do this without instructions. How many people die in (police) remand?” [Malaysiakini]

However, Sirul’s testimony makes plain from beginning to end that he committed the murder, because he had been rung up by his superior and ordered to “shoot to kill”.  At each stage of the process he was responding to the instructions of his superior, who gave the reason that this “woman” was disturbing somebody else, namely Baginda.

Indeed, it was Sirul who was at the centre of that court room drama on the day of his conviction back in 2008, when he cried out that he was being made a “scapegoat” by powerful people who were not present.

So, since Sirul himself was a major source of all the allegations which he is now complaining about, why is he seeking to blame others – supposed conspirators – for putting it about that these two bodyguards were carrying out instructions from powerful superiors, who are now pulling out all the stops to cover up their role?

Do the UMNO lawyers, who are controlling Sirul in jail, really think these latest video statements will wash away mounds of evidence and years of botched cover-ups and convince the world that the whole Altantuya saga was just a ruse dreamed up by “conspirators” seeking to topple Najib?

See below what Sirul said then, compared to what he says now, after a year of negotiations between him UMNO minders in his Australian jail 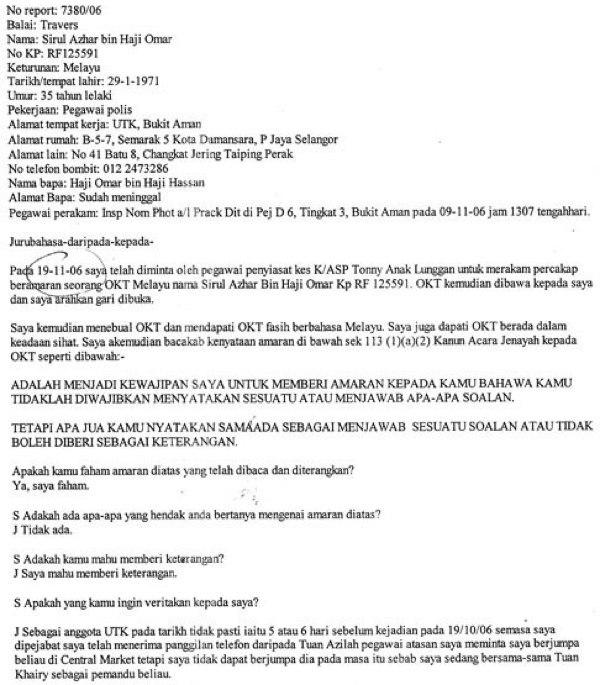 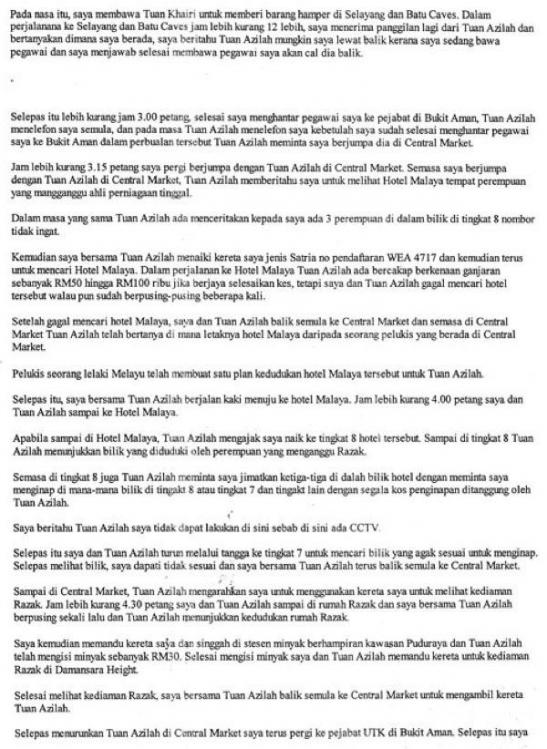 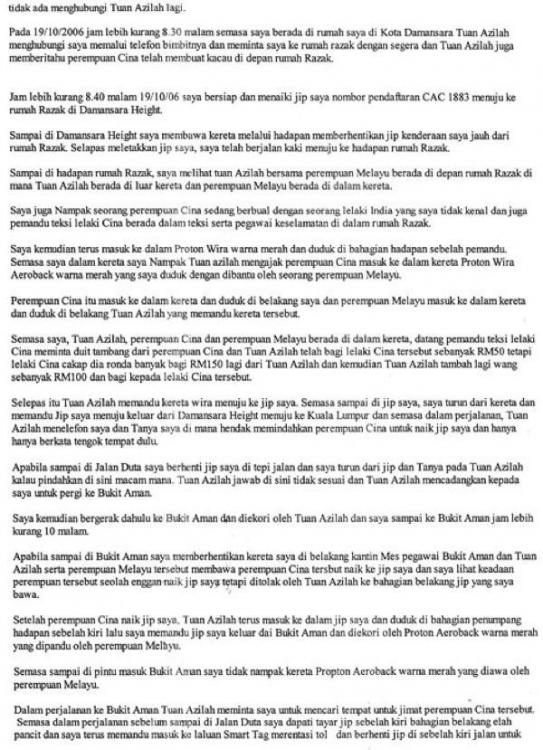 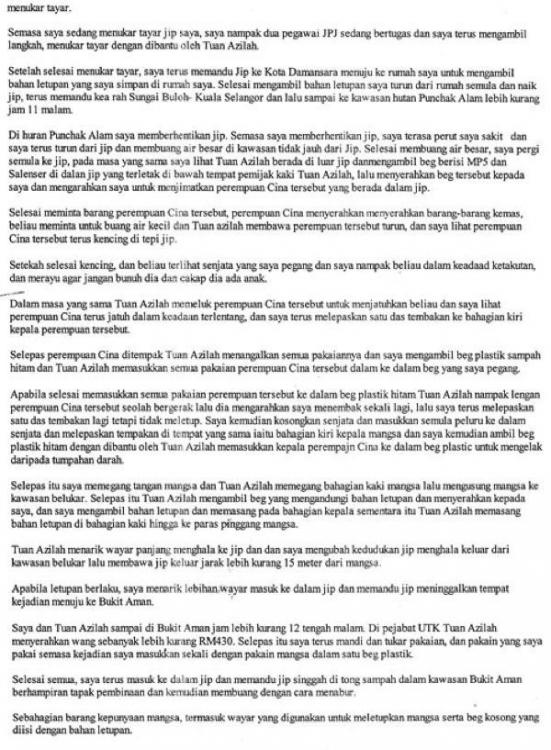 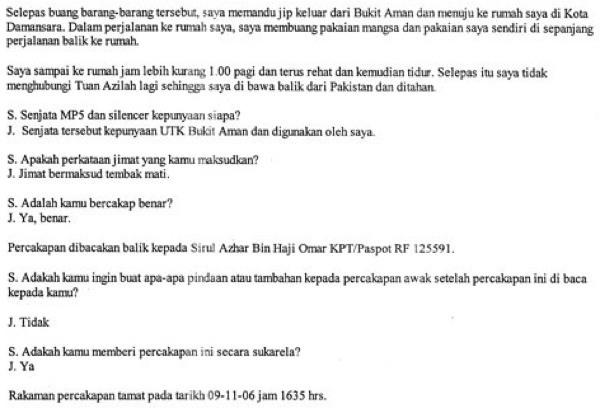