The European Parliamentary Resolution On Malaysia - In Full

Europe has woken up to the corruption and human rights abuses in Malaysia, thanks to the dedication and advocacy of brave campaigners… and also to the astonishing, headline catching abuses of Najib Razak himself over the past weeks. 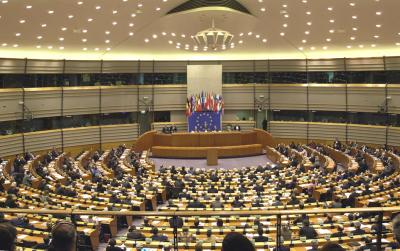 This is a time when Europe is concerned about extremism and violence targeted mainly at their own countries.

Even so, the representatives here were not prepared to be gulled into accepting Najib’s clampdowns on his own people and his own party under the excuse of so-called anti-terrorism measures.  They can see that by stamping on people’s liberties and rights Najib is creating the conditions for terror and instability, not the other way around.

The resolution shows Najib has fooled nobody in the world but himself and the self-interested flunkeys whom he has paid to support him.  The full resolution of the European Parliament is below and you can watch the debate on the resolution here:

–  having regard to its previous resolutions on Malaysia,

–  having regard to the Statement by the EEAS Spokesperson of 15 April 2015 on the recently adopted amendment to the Sedition Act in Malaysia,

–  having regard to the Statement by the EEAS Spokesperson of 17 March 2015 on the arrest of Nurul Izzah, opposition Member of Parliament in Malaysia,

–  having regard to the Statement by the EEAS Spokesperson of 10 February 2015 on the conviction of Malaysian opposition politician Anwar Ibrahim,

–  having regard to the EU Strategic Framework on Human Rights,

–  having regard to the Statement by the UN High Commissioner for Human Rights of 9 April 2015 on draft anti-terror and sedition laws,

–  having regard to the joint press release by the EEAS on the EU-ASEAN policy dialogue on human rights of 23 October 2015,

–  having regard to the EU Guidelines on Human Rights Defenders,

–  having regard to UN Universal Periodic Review session of October 2013,

–  having regard to the report of the Special Rapporteur on trafficking in persons of June 2015,

–  having regard to the second Universal Periodic Review of Malaysia before the UN Human Rights Council, and its recommendations, of October 2013,

–  having regard to the Universal Declaration of Human Rights of 1948,

–  having regard to the United Nations Declaration on Human Rights Defenders of 1998,

–  having regard to the International Covenant on Civil and Political Rights (ICCPR) of 1966,

–  having regard to the UN Convention against Torture and Other Cruel, Inhuman or Degrading Treatment or Punishment (CAT) of 1984,

–  having regard to the Association of Southeast Asian Nations Human Rights Declaration,

B.  whereas the space for public debate and free speech in Malaysia is rapidly narrowing as the government resorts to vaguely worded criminal laws to silence its critics and quell public discontent and peaceful expression, including debates on matters of public interest; whereas these laws include the Sedition Act, the Printing Presses and Publications Act, the Communications and Multimedia Act and the Peaceful Assembly act, amongst others;

D.  whereas under the Sedition Act alone at least 78 people have been investigated or charged since the beginning of 2014;

E.  whereas former opposition leader Anwar Ibrahim was sentenced on charges of sodomy in February 2015 following a politically motivated prosecution which resulted in criminal proceedings that failed to meet international standards of fair trial; whereas he has been denied appropriate medical care;

F.  whereas LGBTI people in Malaysia are criminalised under the country’s anti-sodomy law and regional laws prohibiting cross-dressing, and face political hate speech, arbitrary arrest, physical and sexual assault, imprisonment, and other abuses;

G.  whereas Malaysian cartoonist Zulkiflee Anwar Ulhaque (Zunar) is facing charges under the Sedition Act following critical tweets against the government with regard to the sentencing of Anwar Ibrahim; whereas blogger Khalid Ismath and academic Azmi Sharom face similar charges;

H.  whereas the Malaysian Anti-Corruption Commission has questioned the Prime Minister in connection with graft allegations after the discovery of over 600 million euros in his bank account without any justification of source and purpose, as well as on separate allegations that hundreds of millions of euros were missing from deals involving a state firm he launched, 1Malaysia Development Berhad (1MDB);

I.  whereas media outlets and publishing houses have faced restrictions under the Printing Presses and Publications Act following reporting about these allegations, and whereas lawyer Matthias Chang and politician Khairuddin Abu Hassan were arrested following their investigations into these allegations;

J.  whereas the High Representative raised concerns regarding the abusive use of criminal laws during her visit to Malaysia on 5-6 August 2015;

K.  whereas, according to the UN and NGOs, the Malaysian police forces have increasingly resorted to acts of torture, late night arrests, unjustifiable remands and selective prosecution;

L.  whereas Malaysia continues to practice the death penalty with up to 1 000 prisoners currently on death row;

M.  whereas Malaysia is a Member of the UN Security Council and the current ASEAN Chair, and the 27th ASEAN Summit was held in Kuala Lumpur from 18 to 22 November 2015;

1.  Reaffirms the EU’s strong commitment to the Malaysian people with whom the EU has strong and longstanding political, economic and cultural ties;

2.  Deplores the deteriorating human rights situation in Malaysia and in particular the crackdown on civil society activists, academics, media and political activists; expresses concern with regard to the spike in the number of people facing charges or arrest under the Sedition Act;

3.  Is particularly concerned about the adoption of the National Security Council Bill and urges its withdrawal; calls on the government to maintain a proper balance between the need to safeguard national security and the imperative to protect civil and political rights;

5.  Urges the Malaysian authorities to repeal the Sedition Act and to bring all legislation, including the Prevention of Terrorism Act, the Printing Presses and Publications Act, the Communications and Multimedia Act, the Peaceful Assembly Act, and other relevant provisions of the penal code, in line with international standards on freedom of expression and assembly and the protection of human rights; calls on the Malaysian authorities to facilitate peaceful assemblies, and to guarantee the safety of all participants and their freedom of expression across the whole country;

6.  Urges the establishment of the Independent Police Complaints and Misconduct Commission (IPCMC), as recommended by the Police Commission of Inquiry in 2005, to investigate allegations of torture and deaths in police custody;

7.  Underlines the importance of independent and transparent investigations into the graft allegations, and of full cooperation with the investigators; urges the Malaysian Government to refrain from putting pressure on the Malaysian Anti-Corruption Commission and media;

8.  Deeply deplores the rise of supremacist groups which contribute further to the creation of ethnic tensions;

9.  Encourages the Malaysian Government to open a dialogue with opposition parties and civil society stakeholders;

10.  Calls on the Malaysian Government to ratify key international human rights conventions, including the ICCPR, the ICESCR, the CAT, the ICERD, ILO Convention 169, the ICC Rome Statute, as well as the 1951 Convention Relating to the Status of Refugees and its optional protocol;

11.  Asks the Malaysian Government to extend a standing invitation to all the UN Special Procedures, thereby enabling special rapporteurs to visit Malaysia without asking for an invitation;

12.  Reiterates its position that the death penalty is a cruel, inhumane and degrading treatment, and calls on Malaysia to introduce a moratorium as the first step towards the abolition of the death penalty for all offences and to commute all death sentences to prison terms;

13.  Calls on the EU and its Member States to coordinate policies towards Malaysia, in line with the EU Strategic Framework on Human Rights, in order to encourage reform on the above issues of concern through all possible means, including in the context of the UN where Malaysia is a non-permanent member of the Security Council in 2015-2016;

14.  Urges the EU Delegation to Malaysia to step up efforts to finance projects on freedom of expression and reforming repressive laws, and to use all appropriate tools, including the European Instrument for Democracy and Human Rights, to protect human rights defenders; urges the withdrawal of the anti-sodomy law and calls on the EEAS, in line with the EU guidelines on the protection and promotion of the rights of LGBTI persons, to step up its work on the rights of LGBTI people in Malaysia who face violence and persecution, and to aim in particular towards the decriminalisation of homosexuality and transgenderism;

15.  Reaffirms the importance of the EU-ASEAN policy dialogue on human rights as a useful tool to exchange good practices and promote capacity-building initiatives;

16.  Calls on the Commission to make sure that human rights concerns are duly taken into account during future negotiations on an EU-Malaysia FTA and PCA;