Kevin Morais Drew Up The Charge Sheet Against Najib And Later Leaked It To Sarawak Report, Says Brother 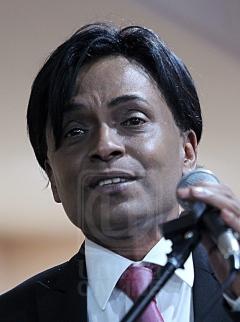 Kevin Morais was kidnapped and murdered

In his statutory declaration the brother of murdered Kevin Morais yesterday confirmed he was the public prosecutor tasked to investigate Prime Minister Najib Razak over money misappropriated from the 1MDB related company SRC International.

Charles Morais told reporters that he did not believe for a moment that the motive for kidnapping and strangling his brother was that he was acting as the prosecutor in a separate bribery case, for which several men face trial.

In his view it was because Kevin had been responsible for drafting charge sheets against Najib Razak and that he had then sent copies of those charge sheets to Sarawak Report the day after the Prime Minister had pre-empted his own arrest by sacking the Attorney General and several members of his government.

Worse, Kevin (if indeed it was he) had indicated to Sarawak Report that he had more such material and was ready to reveal it. It was for these reasons, Charles Morais indicated, that he had been demanding a second post-mortem on his brother, in order to gain further information on the circumstances surrounding his death.

“I do not for one moment believe Kevin was killed because he was prosecuting a Government Pathologist for corruption. This accused doctor is intelligent enough to realize that getting rid of the DPP prosecuting his case will not emasculate the charge he is facing for the simple reason there are many other DPPs who would take over that prosecution.

Kevin was killed for other reasons and I believe these other motives were due to the fact that he knew too much about the criminal acts of those high up in the echelons of power in Malaysia and he needed to be silenced because of that.” [Statutory Declaration of Charles Morais]

If the charge sheets were not genuine why did Najib mount his coup against a purported ‘conspiracy’?

It is known that on 28th July Najib Razak took concerted action to pre-empt what has been described as a ‘conspiracy’ against him.  Sarawak Report has heard from several sources that this was the morning that charges were due to be laid against him relating to money taken from 1MDB related companies. 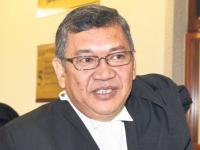 In particular, Special Branch personnel were waiting for the Attorney General at his office.  These armed forces prevented the country’s top law officer from entering or clearing his own desk before forcing him under escort to return home.

The Prime Minister then announced that Gani Patail had retired on ‘grounds of health’ – an act that violated the constitution.

During the same coup on 28th July Najib removed several other senior politicians, law officers and civil servants who had expressed disquiet over monies removed from 1MDB and the public pension fund KWAP.

Raids were also conducted to remove papers from the Attorney General’s office and related investigations: the staff concerned were arrested, intimidated and then sacked. There was a sweep on all documents – even a fire in the white collar crimes unit of Bukit Aman police station the next day, which it is assumed saw the disappearance of material related to the investigations into 1MDB.

But the apparent efforts to eliminate the evidence failed. The following day Sarawak Report received an email, which said “This is the reason why Gani Patail was removed as AG”.  Attached were the charge sheets.

Following investigations to determine the authenticity of the documents, Sarawak Report then published them.

The receipt of these draft charge sheets destroyed what had been an attempt to cover up the entire episode and it was plain that there was further evidence that might also come to light.

The furious response against Sarawak Report, including banning the site, issuing a warrant for the arrest of the Editor and (unsuccessfully) requesting Interpol to put out a Red Notice, showed just how sensitive the matter was.

Indeed, if the charge sheet had not been genuine then what was the “plot”?

Charles Morais has now disclosed that he believes that the person who responded to the sacking of his boss, the AG, and the closure of the investigation into the money transferred from SRC International by leaking the charge sheets was his brother.

He cites several reasons for his view, but what is confirmed is that Kevin Morais was indeed a member of a small team of people working on the 1MDB investigation in the Attorney General’s department.  Just a few weeks previously he had been brought back into the AG’s Department from the Malaysian Anti Corruption Commission to handle the sensitive case.

Sarawak Report corresponded extensively with the source of the material at the time, who explained their reasons for releasing the charge sheets:

“The police continue to be rather aggressive in trying to uncover the sources of the leaks. And not actually trying to nab the lunatic on top of the pyramid, running this country to the ground just so his arse is saved… and I’m not sure if we’ll be able to stop this lunacy.”

was what the source told Sarawak Report about his motives. Charles believes this was his brother Kevin. 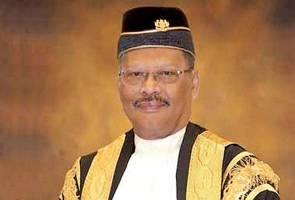 Najib’s chosen replacement – why was Apandi lobbying and conniving to destroy Kevin’s body in advance of an independent post mortem?

This state of affairs leaves powerful questions over why Charles Morais, who was officially responsible for his brother’s affairs, was put under so much official pressure to cremate the body when he had asked for a second post-mortem?

Charles, who has now left Malaysia for the United States, had earlier told Sarawak Report that he was harangued by Kevin’s former employers at the AG’s office to immediately dispose of the body, when such a matter was not their normal concern.

Speaking last month he said that he had been rung by the AG’s office at least ten times and asked to take the body from the hospital morgue for instant cremation.  This was even before an autopsy report had been produced to explain the cause of death.

Charles was further affronted when the new Attorney General approached the surviving brothers personally with a supposed ‘golden handshake’ of RM580,000 for the loss of Kevin, in return for signing a closure document. 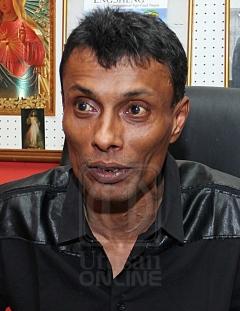 He says he refused what he considered to be blood money, but that the brother, who eventually removed the body and cremated it last week behind the family’s back, had been willing to do the deal.

The Attorney General’s Office ought now therefore explain exactly why the family of their former employee was put under such pressure by the new man in charge?

Why did this government department interfere and oppose a second post-mortem and why did its officials plainly connive, according to the evidence presented with Charles’s statutory declaration, with a separate brother who had no legal authority to secretly remove and burn the body?

Once again murder and cover-up are travelling hand and hand it seems in the corridors of power in Malaysia.