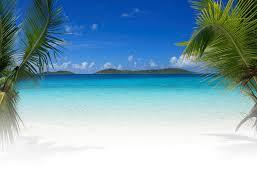 The company which 1MDB engaged to allegedly buy up its so-called investment in PetroSaudi back in 2012 is now under a separate investigation by the Australian authorities.

In the absence of a proper open enquiry in Malaysia itself into the shenanigans surrounding this dodgy deal, the liquidation of Avestra by the Australian Securities and Investments Commission (ASIC) has provided some very useful information.

In particular, it nails the lies about an alleged billion dollar fund, secretively located in the Cayman Islands, which 1MDB had claimed contained its ‘profits’ from the PetroSaudi venture.

The Sydney-based Malaysian economics writer Ganesh Sahathevan has been pulling together the details of the ASIC investigation over the past few days and he has produced devastating evidence that the Australian investigation has concluded that Avestra never had more than a few tens of millions of dollars worth of funds under its total management – a far cry from the US$2.3 billion 1MDB claimed to have alone invested.

This adds to the information that the so-called Bridge Global Absolute Return Fund SPC, allegedly managed by Avestra, did not in fact exist as a licensed body in the Caymans at the time 1MDB says it plunged so much money into it.

The Wall Street Journal has summed up the dodgy sequence of events in a recent article “Hunt For Billions Invested in 1MDB Points To Australia“:

In 2012, 1MDB put $2.32 billion of what it said were proceeds from its PetroSaudi investment into a Cayman Islands-registered entity called Bridge Global Absolute Return Fund SPC. According to 1MDB, that money included its initial $1 billion investment, plus a later investment of about $800 million and profits it earned in the venture. The Bridge Global fund was set up only weeks before it received the 1MDB money, according to documents from the Cayman Islands corporate registry that don’t say who set it up.

In testimony in June to the parliamentary committee investigating 1MDB, a representative from current auditor Deloitte Touche Tohmatsu Ltd. said the money in Bridge Global at that time was managed by Avestra. Australia’s regulator says Avestra became an “investment adviser” to Bridge Global in March 2014. It is unclear whether Avestra had any prior connection to Bridge Global or if it still has a role at the Cayman Islands fund…..

Opposition politicians and even some members of Malaysia’s ruling party, however, have wondered why 1MDB would keep so much money in a little-known fund…..  1MDB’s auditor, KPMG LLP, was fired in December 2013 by Mr. Najib, who is chairman of 1MDB’s board of advisers, after it refused to sign off on the Malaysian fund’s financial accounts without more details on the investment in Bridge Global, according to the auditor general report.

To enable Deloitte to sign off on its books after KMPG was fired, 1MDB got [Aabar].. to guarantee the investments in Bridge Global, a Deloitte auditor told the Malaysian parliamentary committee…

Soon after, 1MDB used its investment in Bridge Global as collateral for a $975 million loan from a group of banks including Deutsche Bank. Questioning its collateral after already giving the loan, the banks pressed 1MDB to pay back the loan just nine months after it was issued, according to Malaysia’s finance ministry.

The Abu Dhabi firm IPIC [Aabar] stepped in again. It agreed to take over some of 1MDB’s debt, including the Deutsche Bank loan, in return for equity, under the terms of an agreement signed in May with the Malaysian fund.

Last year 1MDB said it had redeemed roughly $1.22 billion of its $2.32 billion investment in Bridge Global. Officials at 1MDB said the remaining investment of just over $1 billion will be handed over to Abu Dhabi’s IPIC as compensation for helping it repay the Deutsche Bank loan. [Wall Street Journal November 3rd]

As followers of the 1MDB crisis will know, there is no prospect of the so-called remaining investment being used to pay back Aabar however.  This is the alleged US$1.03 billion that Kanda had claimed was being held in cash in the Brazen Sky account in BSI Bank Singapore.

Sarawak Report long since provided the evidence that there was no such cash, which Kanda was forced to then acknowledge. This was why the Deutsche Bank consortium had pulled out of the deal in May.

“Highest standards of transparency and integrity throughout our organisation” … especially in The Cayman Islands?

As the Wall Street Journal points out, the deal with Aabar that Najib as Prime Minister secured to get the further lending has committed the Malaysian Government to find the money to pay Aabar back, despite all his pretence that tax payers would not be forced to bail out 1MDB:

At a news conference on Saturday [Oct 31st], 1MDB Chief Executive Arul Kanda .. called the deal in May with IPIC, which also includes the Abu Dhabi fund taking over other bonds issued by 1MDB, “the final piece of our rationalization.”

In fact, all the world knows that the ‘cash’, then ‘funds’, then ‘units’ allegedly proclaimed to have existed in first the Avestra/ Bridge Global Cayman Fund and now at BSI Singapore are no more than a phantom tale. 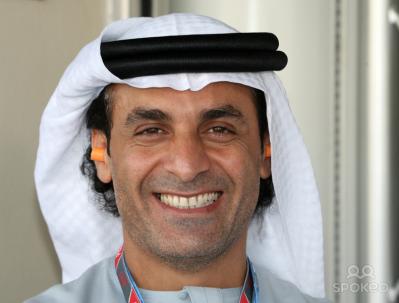 Malaysians should ask why Aabar’s Khadem Al Qubaisi was so willing to guarantee 1MDB’s non-existent funds in the Cayman Islands in 2013 and why the President of Abu Dhabi later personally had him sacked?

All the money that had been ploughed into the PetroSaudi deal by 1MDB had long since been deliberately stolen long before the arrangement was ‘closed down’ in 2012 and the so-called ‘investment’ in PetroSaudi allegedly ‘sold’ to shady Bridge Global in the Caymans for a proclaimed US$2.32 billion.

The boys at Bridge Global were merely doing 1MDB a favour by agreeing to conceal its massive losses – a favour for which they were doubtless very reasonably paid.

Auditors KPMG were certainly not accepting the Cayman story and Deloittes only agreed a year later to turn a blind eye to events which it had not monitored directly, in return for the guarantee by the PM’s new friends from Aabar.

In which case, why did Najib and the Malaysian Government agree to commit to itself guarantee Aabar’s further loan last May, instead of cashing in the supposed earlier guarantee made by Aabar to Deloitte?

Clearly, because it amounted to a sham.

As Sahathevan has additionally pointed out, investigations into the limited information available provided by the shady Cayman Island registers also show that the fund into which Malaysia supposedly plunged its billions back in mid-2012, did not in fact exist as a registered entity until November 2013!

However, the Cayman Islands Monetary Authority’s list of mutual funds shows that the only fund named ” Bridge Global Absolute Return Fund SPC” was issued its license on 15 November 2013, more than a year AFTER 1 MDB is reported to have made its investment.

Without that license, Bridge Global Absolute Return Fund SPC would not have been able to accept funds for investment as an entity subject to the laws of the Caymans and it is doubtful if it would have otherwise existed. Even if it was in existence before that date, 1 MDB could not have dealt with it given its lack of standing

What better evidence that there is no solid cash or even ‘unit’ values involved here…. just a whole lot of back-dated accounting fraud by 1MDB! 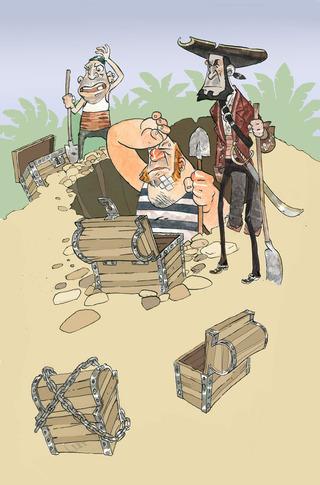 1MDB’s buried treasure chests in the Cayman Islands were always completely empty…. the money had been stolen long before!