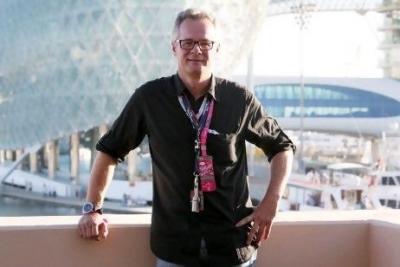 Research into the BVI company Tanore Finance Corporation has shown how Najib’s mystery ‘Middle Eastern Donor’ set up this vehicle to pay US$681 million into the Prime Minister’s account, using the services of Aabar’s very own Falcon Bank in Zurich.

The information casts further doubt over the already unbelievable story that a mystery third party billionaire had decided to give this money to Najib and had coincidentally chosen to pass it through an account at Falcon in Singapore, which just happens to be owned by Najib’s main business partner at 1MDB (Aabar itself).

We can now see that Falcon was far more extensively involved in the operation at Headquarters level, in its role as the actual incorporator of Tanore, supposedly on behalf of the so-called third party ‘donor’.

This leaves it ever more probable that this mystery ‘US$681 million dollar donor’ was merely a front for Najib and Aabar, in order to channel money out of their ‘strategic joint venture’ into the Prime Minister’s account. 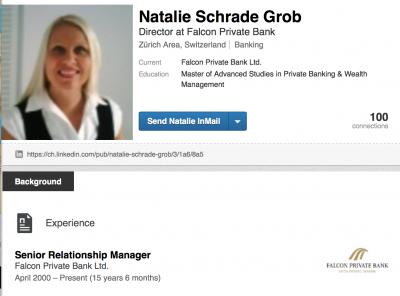 Corporate investigators have established that Tanore Finance Corporation BVI was incorporated by Falcon Bank itself through a Zurich based corporate services company named Trident Corporate Services on 19th October 2012.

The Senior Customer Relationship Manager involved in liaising with Trident on this matter was the Swiss national Natalie Schrade Grob, based at Falcon’s Zurich headquarters.

Natalie answers directly to none other than the CEO of the bank Eduardo Leemann, who in turn was reporting directly to the Aabar boss, Khadem al Qubaisi, according to our information. 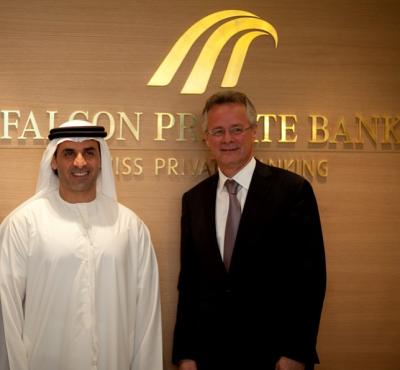 Official photo – Leemann and Al Qubaisi. Falcon Bank in Zurich set up the entire transfer operation that went through Singapore. Leemann, who is ex-Goldman Sachs, could only have been heavily involved.

She incorporated Tanore on behalf of Falcon Bank (which advertises such ’boutique’ services for its wealthy clients), using a company called Trident Corporate Services, which is also headquartered in her home city of Zurich. 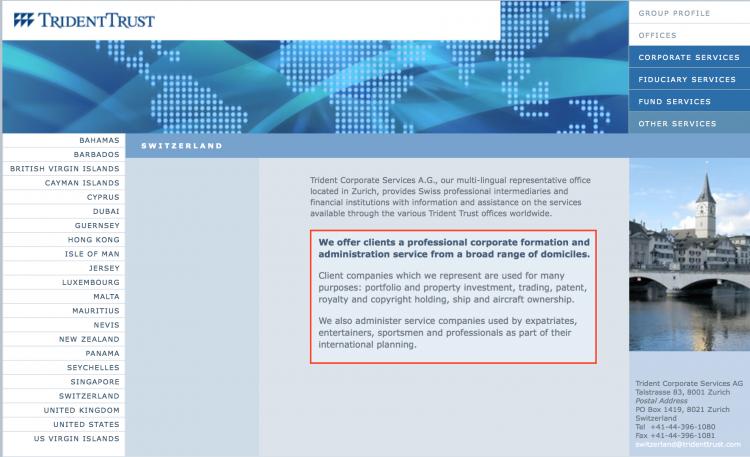 Trident are based in Zurich and specialise in off-shore incorporations, for which purpose Natalie approached them for their services

This means that the ‘anonymous donor’ who paid Najib engaged none other than Aabar’s Al Qubaisi-controlled Falcon Bank in order to set up his special purpose company vehicle to perform this kind deed of ‘donation’ five months before Najib took receipt of the money and then closed the company down again a few months later.

Given that it is Aabar which has been up to its neck in shady deals with 1MDB, including the disappearance of  US$1.4 billion from their joint ‘power purchase’ bond issues (2012) and the disappearance of a further US$1.4 billion from their joint ‘strategic partnership’ arrangement (2013) one can only describe the matter as a highly significant coincidence. 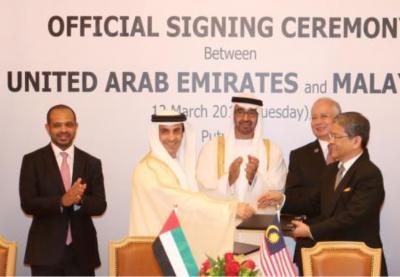 One can now question whether there is not strong evidence of a pre-meditated and deliberate creation of a structure in order to transfer this secret money in advance of further deals between Aabar and 1MDB?

No wonder that the Swiss authorities have launched investigations into 1MDB related banks, which Sarawak Report is reliably informed includes the Zurich based Falcon bank.

The first question that these investigators will be bound to ask Natalie and her boss Eduardo will be something that Najib has been mysteriously reluctant to divulge.

That is, who was Falcon’s actual client and the beneficial owner of Tanore Finance Corporation – in other words what was the identity of the alleged Middle Eastern ‘donor’? 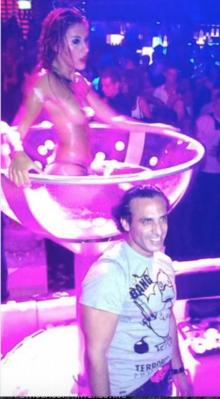 Off-duty look – Khadem clubbing it in between his deals with 1MDB for Aabar.

After all, it is not something that will have passed unnoticed by the directors of Falcon.  The US$681 million that passed through their tiny “cupboard sized” subsidiary in Singapore amounts to a full 10% of the entire capital of this private bank.

This deal will have been simply one of the biggest they have ever handled.

If, nevertheless, Natalie and Eduardo are forced to admit they did not know who was the beneficiary of Tanore and that they were just acting for boss Khadem (now summarily sacked from Aabar by the Abu Dhabi authorities) then they will be in scalding hot water for ignoring basic banking regulations.

It will not be something the Swiss could hide.

On the other hand, if they did know, then the Swiss regulators will be bound to perform their legal obligation to reveal whether the source of this money appears to be legitimate or illegitimate.