After pulling out of making his key-note speech at the 16th International Anti-Corruption Conference (IACC) in Kuala Lumpur, Prime Minister Najib Razak has been further embarrassed by comments made by Transparency International’s Chief Executive Jose Ugaz in his opening speech today. 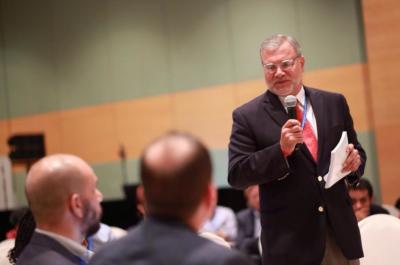 Citing Malaysia as facing  a “corruption crisis”, Ugaz focused on the unanswered questions surrounding the $700 million “donation” which recently landed in the private bank account of Najib Razak and interference in the 1MDB investigations.

Meanwhile, news has started to break in Switzerland that several tens of millions of dollars have been frozen by the authorities in bank accounts relating to individuals connected to 1MDB.

The Attorney General’s office issued a statement indicating that these had been frozen on suspicion of corruption and money laundering:

“No one can be in Malaysia and not be aware of the corruption allegations of recent months and how damaging they are to the country. There is a corruption crisis here.

There are two questions that need to be answered. Who paid the money and why? Where did it go? One man could answer those questions. If that does not happen then only a fully independent investigation, free from political interference, can uncover the truth. Until that happens, no claim from the government on anti-corruption will be credible.

We want to see more progress but that cannot happen while there are unanswered questions about the US$700 million that made its way into the prime minister’s personal bank account. In recent weeks, we have seen the attorney-general who was critical of the government suddenly replaced, the 1MDB task force suspended, investigators at the anti-corruption commission arrested or transferred, and newspapers suspended for reporting on the matter.

These are not the actions of a government that is fighting corruption. We may well hear promises of reform. That is not what is needed at this time. And promises alone will not restore confidence and trust. 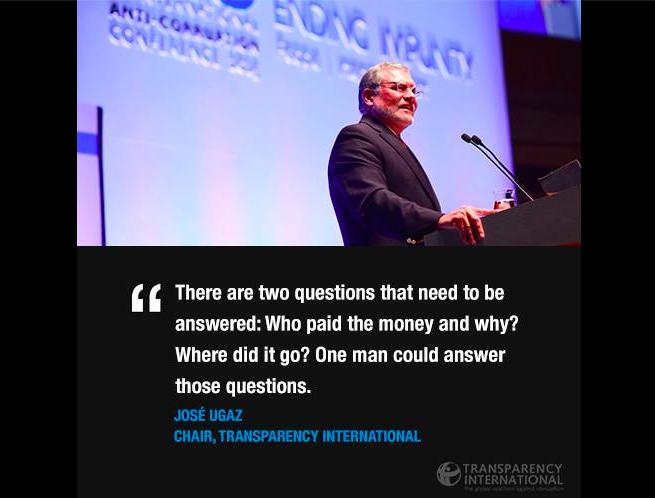 The message could not have been clearer from Transparency International’s Chief Executive Jose Ugaz.

Stepping in as spokesman, Minister in the Prime Minister’s Department Paul Low told delegates that he had in fact advised Najib Razak to pull out from officiating the IACC as the environment could turn “hostile” and that he could face “fierce activists”.