PM's Anonymous 'Donation' Was Transferred Back To Singapore! MAJOR EXCLUSIVE 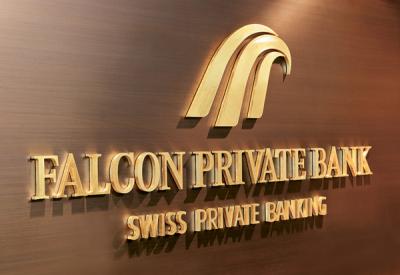 Sarawak Report has established that over US$650 million (RM2 billion) was transferred from the Prime Minister’s AmPrivate Bank account in Kuala Lumpur back to Singapore after the general election.

The money was deposited into an account in the name of Tanore Finance Corporation (BVI) at Falcon Bank in Singapore on the day the PM’s AmPrivate Bank account was closed, 30/08/2013.

This was the same company account which had originally transferred US$681 million into Najib Razak’s AmPrivate Bank account, number 2112022009694, earlier in March. 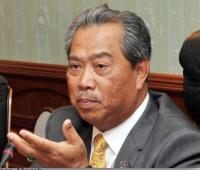 This astonishing information answers the former Deputy Prime Minister’s question, posed yesterday, over what had happened to the balance of the money claimed to have been ‘donated’ to Najib Razak personally, on behalf of UMNO, by an anonymous person from the Middle East – purportedly for the election.

However, it also raises serious further questions for the Prime Minster as to what right he had to transfer what were supposedly party funds out of the country and why this money appears to have been mixed up with yet more unexplained hundreds of millions of dollars in Najib Razak’s same personal account number 2112022009694?

Crucially, no explanation has yet been provided to justify how such a vast sum of secret money could possibly have been donated legally by such a method and for such a purpose. 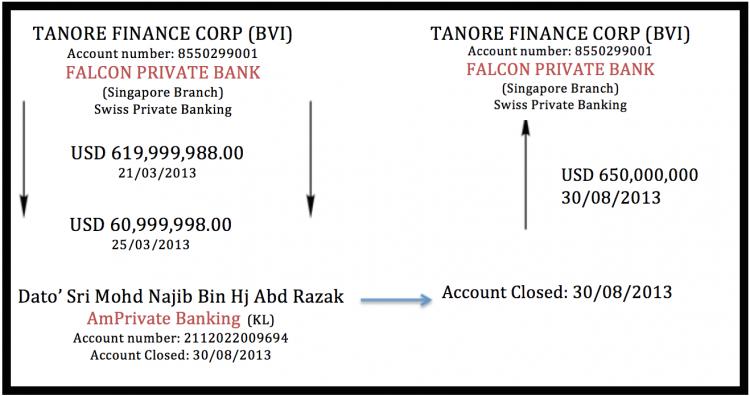 How the money circulated…. despite numerous payments made to UMNO members in the form of cheques from the AmPrivate Bank account before and after the election

On July 2nd Sarawak Report and the Wall Street Journal revealed that investigators from the joint 1MDB task force (since disbanded) had discovered that a BVI company named Tanore Finance Corporation had made two payments into the Prime Minister’s personal AmPrivate Bank account number 2112022009694 totalling US$681 million on 21st and 25th March 2013. 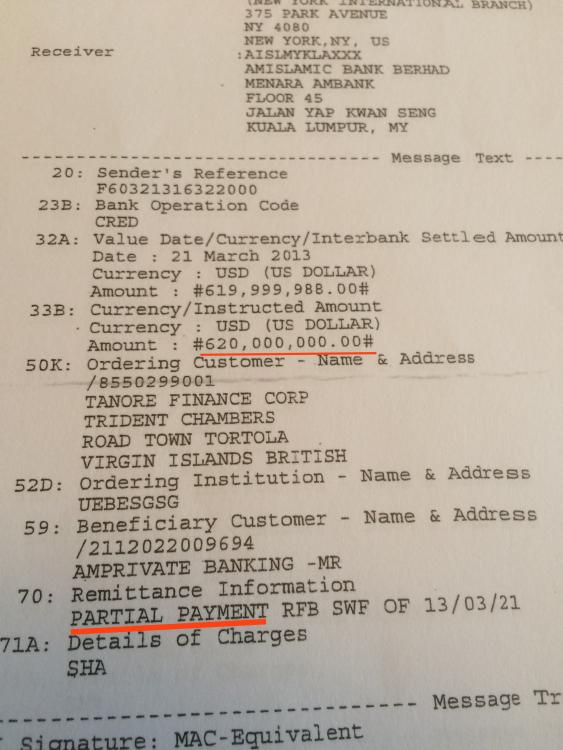 The Tanore Finance Corporation account used in the transaction was based at Falcon Private Bank in Singapore, which is a Swiss based bank owned by the Abu Dhabi company Aabar, which had signed a RM18 billion  ‘strategic partnership’ with 1MDB just days before.

Najib threatened to sue the Wall Street Journal over the article. However it was confirmed by the Malaysian Anti-Corruption Commission last week that the details of the transfer were correct, citing an anonymous Middle Eastern ‘donor’.

Showing the pressure, while lashing out at critics – Najib Razak

This ‘donor’ is therefore assumed to be the owner of the secretive BVI Tanore Finance Corporation and it is baffling as to why the Prime Minister should have emptied his account back into the same company soon after the election.

The Singapore monetary authorities have since confirmed they have frozen two accounts owing to the investigations into 1MDB, which are believed to be at Falcon.

The bank has announced it is cooperating with the regulators on the matter. Meanwhile, half a dozen unspecified bank accounts in KL have also been frozen on related matters.

Insiders have confirmed that the Malaysian Prime Minister flew over in mid-July for a four day trip in Singapore, during which he attempted but failed to get these frozen bank accounts re-opened.

The Malaysian public and the rest of UMNO are now entitled to ask how it was that the Prime Minister was able to transfer such an enormous sum out of this private account, despite his expenditure on the election?

Was he in receipt of further hundreds of millions of secret donations or had the Prime Minister’s own personal money become mixed up with the ‘donation’ funds?

In either case, how has the Prime Minister acquired such a vast stash of cash amounting to hundreds of millions of US dollars and how could it possibly have been appropriate for all this money to have been sloshing around in this private and secret account, now described as money ‘donated’ for party purposes?

Sources have revealed to Sarawak Report that in fact this AmPrivate Bank account did receive at least two other substantial injections of money during this period in 2013 – one via Saudi Arabia and one via Dubai.

We have been told that the sum in the account swelled above a staggering one billion dollars in the period preceding the election.

In which case it is surely quite extraordinary and inappropriate that the newly appointed Attorney General (the Prime Minister having sacked the last one hours after the Inspector General of Police warned that an arrest warrant was being drawn up against him on a separate 1MDB-related matter) should have announced the closing down of the investigating Task Force into 1MDB.

Meanwhile, evidence is starting to emerge that money was indeed handed out personally by the Prime Minister to UMNO party heads, not only before the election but after, including numerous payments to MPs. 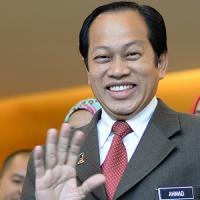 The money was distributed in the form of cheques, handed to key party coordinators by the Prime Minister, drawn on the same AmPrivate Banking account number 2112022009694.

Many of the recipients are proving themselves to be some of Najib’s strongest defenders in the present crisis.

They include the UMNO Back Bench Chairman Shahrir Abdul Samad, who received RM1 million after the election and the Deputy Finance Minister Ahman Maslan, who got a cheque for RM2 million.

This confirms that the money was indeed being used, but raises the question as to how the Prime Minister ended up with almost as much money after the election in this account as the sum injected into it beforehand from Tanore Finance Corporation?

What many will be asking in UMNO is how relative has the PM’s generosity has turned out to be, given so much more money seems to have been sent back out of the country by the Prime Minister?

There are also the serious remaining questions of legality regarding the handling and the provenance of so much money.

And there is a final mystery to be solved.  Examination of Tanore Finance Corporation’s documents in the British Virgin Islands establish that this company was in fact closed in April 2014.

In which case, where were all those hundreds of millions of US dollars sent on to next?