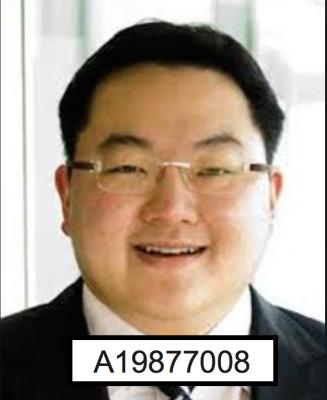 Low has not just one illegal US passport – he has two!

The news is likely to provoke considerable dismay amongst the Crystal-drinking Las Vegas nightclub set and trendy Hollywood pals like Leonardo di Caprio.

However, those in the know confirm he has become rooted in the island state and appears to have jettisoned his previous Hong Kong base and hyper-active travel schedules for several weeks.

We also understand that Mr Low’s motivation for curtailing his formerly febrile jet-setting habits and sticking unflinchingly to terra firma these days in Taipei, owes to the republic’s reputation as an extradition blackspot. 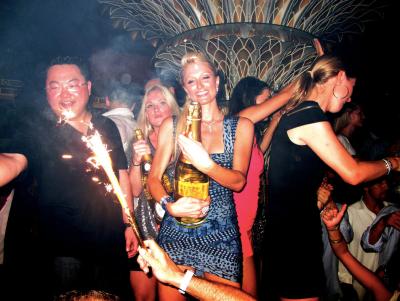 Paying for the party – Jho Low relies on magnums of Crystal..

In particular, Taiwan is untouched by the jurisdiction of the United States, with which it has not had diplomatic relations since 1979.

This is significant, because Sarawak Report can now definitively reveal that Jho Low has not just one American passport, but two.

The numbers of these passports are A10690483 and A19877008. Neither of course are legal for a Malaysian to possess, owing to the country’s strict citizen laws.

Under US law Jho Low can possess two passports. However, as he is now an American citizen he is also subject to American laws, particularly with respect to money laundering proceeds of corruption through the US financial system. 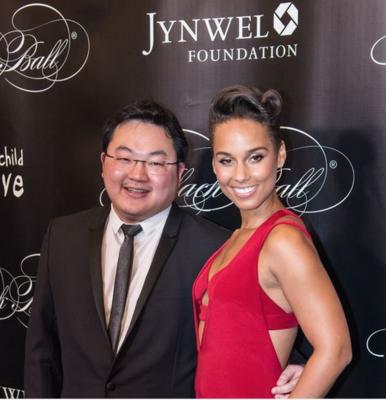 Party image makeover – Jho Low has been splashing out on ‘philanthropy’ e.g. US$50million to US cancer research.. but did the money come from Malaysia’s development fund?

Several bodies of investigators from different jurisdictions have recently started to indicate that they would be extremely pleased to talk with Mr Low, as they believe he could help them with their enquiries with respect to a number of lines of investigation into the missing millions from Malaysia’s development fund 1MDB.

Jho Low was the link man for the initial 1MDB PetroSaudi joint venture, for example, which was something he initially sought to adamantly deny.

He was also the link man with Abu Dhabi fund Aabar with which he conducted a number of private deals at the same time that Aabar was doing very well indeed out of its entirely passive role as an advertised parter of 1MDB on several of its big investments.

The Malaysian Anti-Corruption Commission has signalled its interest in speaking to Mr Low on these matters, as has the Parliamentary Accounts Committee (presently suspended owing to the actions of the Prime Minister). 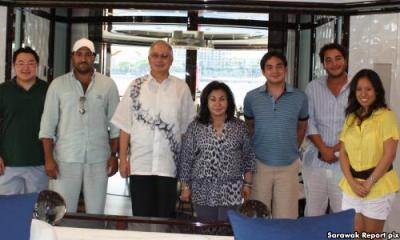 It is believed that discreet enquiries are now also being made by certain US regulators into such matters, who might also be seeking his whereabouts.

On the other hand, of course, Malaysia’s Inspector General of Police has yet to do anything so uncouth as to rush into court and execute an arrest warrant for Mr Low, let alone attempt to place him on Interpol’s Red Alert list for people wanted for enormous crimes, such as the stealing of billions of dollars of public money.

Malaysia’s IGP has restricted such actions merely to outfits like Sarawak Report, who provided the initial details into the missing money and sparked all these pesky investigations, which he and Najib are now doing their best to close down.

In fact, after the recent clamp downs by Najib and the new concept being promoted by his new ministers that the PM and his friends should be considered to be above the law, might not Malaysia turn out to be Jho Low’s safest haven?

Apparently not, in Jho Low’s estimation.

It is understood that the Penang born multi-billionaire feels nervous that the rest of the population might feel less charitable towards him as the evidence of their missing billions escalates, taxes rise and the ringgit plummets.  He seems settled in Taipei.

Of particular concern to Jho Low will be the fate of his off-shore money and foreign accounts. 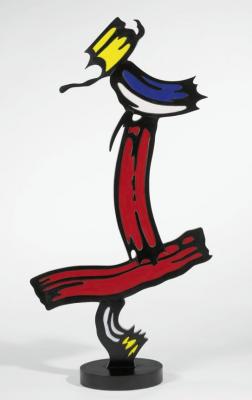 Brushstroke by Roy Lichtenstein…. worth around a million bucks

His accounts at the BSI Bank in Singapore have already been frozen.  Sarawak Report now understands that a network of accounts in the Island of Guernsey (British Channel Islands) are also now suspended, pending investigation.

The relevant authorities have reported that they believe that the contents of these accounts may represent the proceeds of corruption.

It will plainly be extremely sad and dull for the jet-setting Mr Low to have to clip his wings like this and remain doggedly in Taiwan for the coming future. However, despite such potential financial woes, he appears to have continued spending for his friends and foundations over the past months of scrutiny.

“Leonardo Dicaprio’s Foundation Gala raised USD40mil that will go towards protecting biodiversity, ocean and forest conservation and mitigating climate change”  explained the publicity (too bad about the Borneo Jungle).

Low has also been pouring money into the UN, which has stood by its right to accept millions from this generous funder of its programmes for training journalists:

” The recently announced partnership with the Jynwel Foundation will help the UN Foundation contribute to what has been called “the biggest communications challenge and opportunity of our generation” – the urgent need to create an environment that will help the world achieve success on the most ambitious anti-poverty agenda in history. The new “global goals” – often referred to as the Sustainable Development Goals — will be the most comprehensive plan in history to fight poverty and create prosperity while protecting the planet. With the support of the Jynwel Foundation and other partners, the UN Foundation will be able to encourage a global discussion around the goals through increased level of media reporting, capacity building and training for journalists” [UN Foundation Spokesman statement to Sarawak Report]

It is ironic that the journalists whom Jho Low’s money will help to train would get short shrift in his native Malaysia, should they dare to tackle such matters as corruption in high places.

It is also of growing concern that this money for “tackling poverty” via the UN’s media programme is currently being investigated in relation to a massive plunder from Malaysia’s own development fund.

We have tried warning the UN and indeed other recipients of Jho Low’s largesse, but they have not been listening have they!