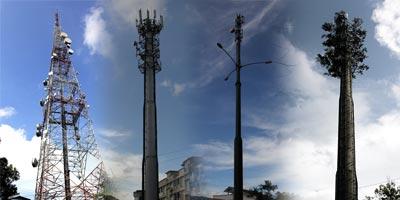 CMS grabbing the upcoming industries in Sarawak, while above the Governor enjoys top table status with his less wealthy neighbour, the Sultan of Brunei

Reports that Taib family-owned Cahya Mata Sarawak (CMS) has moved to privatise yet another state owned entity have left Sarawak Report wondering just how much of Sarawak is still controlled by former Chief Minister and current Governor Taib Mahmud?

CMS is a company that was originally ‘privatised’ into the hands of the Chief Minister and his family back in the 1980’s, along with a growing swathe of state assets and monopolies, such as cement.

It has been kept hugely profitable by endless favourable state contracts that were passed its way by the same Chief Minister’s own government.

Not to mention the “vast land bank” of valuable urban development land that was alienated on government orders and then sold dirt cheap to Taib’s own company.

Indeed, so much favour and benevolence has been showered its way by the biased state government that over the decades CMS has grown into an over-sized monster, dwarfing every other business in Sarawak.

The key to CMS’s success in getting just about every state contract going under Taib Mahmud’s period as Chief Minister was the system he developed of “negotiated contracts” instead of proper open tendering.

“Negotiated contracts” have been justified by all sorts of excuses, but basically it means cosy deals behind closed doors.

Surely this is just the sort of practice that we would expect to be now abolished entirely, given all the talk of reform by the current new Chief Minister, who has made the ending of corruption his big drive to gain popularity from a people sickened by Taib’s excesses?

Nevertheless, the public was informed last week that the Financial Sate Secretary had taken it upon himself to sell off 50% of SACOFA, yet another valuable state asset, to CMS for a very reasonable sounding RM180 million without any prior public discussion of the matter at all.

Where was the debate in Parliament about this divestment of what is clearly a key asset in the major growth industry of telecommunications?

Why was there not a formal public valuation of the asset and a proper tendering process, if it was decided that it was really in the public interest to sell this company off – yet again to the revoltingly wealthy Mr Taib?

After all, it will be of no surprise to learn that the taxpayers of Sarawak have already been committed into paying a hefty, nurturing stream of income into SACOFA over the coming years, which will ensure the company brings healthy profits into CMS going forward, as the shameless British CEO, one Richard Curtis, has smugly pointed out in his statements to shareholders on the matter:

“As the business in Sacofa is already income-generating, the proposed acquisition is expected to be income accretive, and is envisaged to increase the overall business profitability of the CMSB. In view of the above, the board believes that Sacofa will contribute positively to the operations of the CMSB group,”

Sacofa was granted a 20-year concession to build, manage, lease and maintain telecommunication towers in Sarawak by the state government of Sarawak on March 5, 2002.

“Although there is a finite life to the concession agreement, Sacofa currently operates more than 600 telecommunications towers and this serves as a strong deterrent to any potential new market entrants in assessing the potential investment requirements to compete with Sacofa,” CMSB added.

According to the announcement, Sacofa leases its towers to the local telecommunication players, including Celcom, DiGi and Maxis.

“Sacofa has strong earnings visibility due to its position as the sole provider of telecommunication towers to telcos players in Sarawak provides the company with high visibility on future revenue,” CMSB said. [Sun Daily]

So reassuring for Taib that this company is the “sole provider” of telecom towers in Sarawak, as we know there is nothing the Governor likes better than a juicy monopoly for his companies.  But, of course, he set it up that way.

Which all leaves the question glaring about what happened to the new CM’s so-called ‘reform programme’ and all his talk about being ‘in charge’?

The papers have run numerous stories in recent weeks about Adenan barking at officials and ticking off ministers and arresting minor crooks for this and that. Yet is is clear that the biggest shark is still swimming Sarawak’s waters unscathed, snapping up what is left of the state industrial sector and public contracts.

Just this week it has also been reported that CMS have bagged a RM308 million contract to built a new Sarawak museum and heritage trail in Kuching. 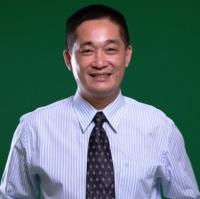 See Chee How calls for a debate on the matter

Adenan has exposed his true weakness by this continuing subservience to CMS.  These deals prove who really still runs Sarawak and it proves that the likes of the State Financial Secretary are still working to their original boss, the man who appointed them.

Under Adenan, who himself was Taib’s long-term protege and personal friend, none of the key players in Sarawak have changed.  All the political movers and shakers and top officials remain the same old guard whom Taib appointed and whom Taib controls still.

The new CM has been left to publicity stunts and clearly has hours in the day to curry favour with far too easily impressed opposition and community figures, who seem desperate to imagine that political change and reform can be achieved without much effort over a nice dinner or two.

Reform can be measured only by actions, not words and PKR’s Batu Lintang MP, See Chee How has now rightly called for a proper debate in the state parliament and for due process in the matter of any tendering of this asset:

“For the disposal of such a prized asset substantially owned by the state, I demand that the CM tables the proposed deal of disposing the 50% equity in Sacofa to CMS at the coming State Assembly sitting to seek the approval of the legislative assembly to keep up with the state government’s pledge to uphold integrity of the state government.”

There is simply no reason for the Sarawak state government to sell one of its most lucrative business venture so cheaply, to a substantially private owned public company.

“Not only does it not make good business sense, the Chief Minister of Sarawak who is the Finance Minister and Chairman of Yayasan Sarawak is facing a huge test of maintaining his pledge of integrity for his administration if he allows this deal to go through, in the terms announced by CMS.”