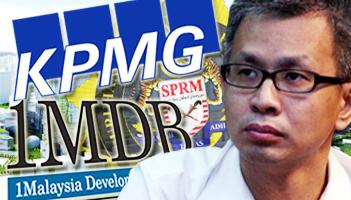 The release of documents by Sarawak Report relating to the joint venture between the development fund 1MDB (One Malaysia Development Berhad) and the firm PetroSaudi has created new insights into matters that have long been left woefully under-explained by the official accounts, say critics.

Among those who have protested at the lack of transparency over the fund is the opposition DAP spokesman Tony Pua.

He has now identified what appears to be a serious potential irregularity on the part of the original accountants, who audited the fund.

The matter arises out of Sarawak Report’s publication yesterday of a copy of the Muharaba loan document, which converted the original joint venture with PetroSaudi into a loan deal instead.

Related documents from PetroSaudi state that the agreement was signed on June 14th 2010. 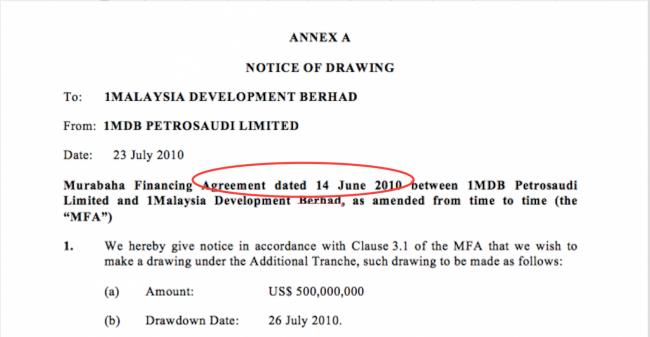 All a matter of dates

The key detail that springs out of the discovery of these documents says Tony Pua, is this matter of the date. The previously unpublished materials make clear that the loan was completed on June 14th 2010.

The significance of this simple detail is that it differs to what had been earlier officially recorded in the accounts, which had been signed off by KPMG in October of that year.

These claimed that the loan was signed on the last day of March 2010, which was  the day before the end of the accounting period.

Crucially, this had enabled the details of the earlier Joint Venture arrangement to be left out of the published accounts, on the basis that only the terms of the subsequent loan were deemed to be relevant for the purposes of the audit.

All about hiding the $700 million loan in the Joint Venture Agreement?

That Joint Venture agreement had controversially provided for the repayment of a $700 “loan” to PetroSaudi out of the money injected by 1MDB – a fact that was not known until Sarawak Report published the JVA document last month.

According to Tony Pua, if the joint venture agreement had not been in fact converted to the loan until the following June, then the details of the agreement, including the loan, ought legally to have been recorded in the public accounts.

“This information implies that the accountants engaged by 1MDB at the time were complicit in concealing information” he told Sarawak Report.

If so, this would be in violation of their legal and professional responsibilities.

The DAP spokesman is now asking for a response from the accountancy firm about its role in the affair, some years after it stepped down from its role at 1MDB. In a later statement he said:

“There is no question that KPMG would have had complete access to the JV Agreement and all the relevant material documents which were completed before 31st March 2010 to arrive at its report. The apparent [attempt] to hide this information from the Financial statements and the failure to red flag the above transactions meant that the KPMG would have failed their duty to protect the interest of the Government and the Malaysian public at large”

1MDB has been notable in having a history of difficulties in keeping their accountants and in reporting the fund’s accounts on time and KPMG was later replaced by Ernst and Young.

After an 18 month wrangle over producing the 2013 accounts they too were replaced by the KL branch of Deloittes.

The Deloittes 2013 accounts for 1MDB were finally published a year late in March 2014. These accounts stated that the fund had finally disposed of all its investments in PetroSaudi 12th September 2012, by selling their share for USD$2.318 billion to an “external party”. 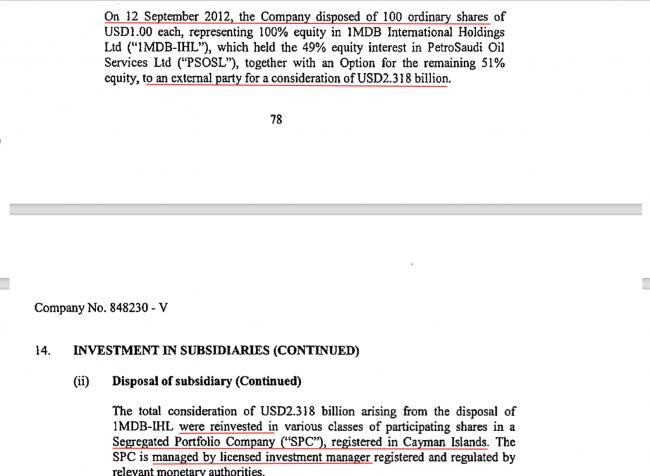 1MDB’s loan interest was sold off to an anonymous buyer say the latest accounts. The payment of $2.318m was invested in an anonymous fund managed by an anonymous licensed investment manager.

1MDB has consistently failed to disclose who this external party was that was prepared to pay $USD2.318 billion to to take over a lending commitment to PetroSaudi  – a commitment that appears to have extended to as much as $2billion dollars according to the documents now available.

Moreover, instead of restoring this money to the hard pressed fund, which is currently laden with debts that it cannot service, the 1MDB 2013 accounts declared that 1MDB’s manager had instead invested it in a ‘Segregated Portfolio” registered in the Cayman Islands and managed by a ‘licensed investment manager”.

In response to questioning the management of 1MDB has steadfastly refused to identify who that investment manager might be.

However, investigations finally enabled them to be identified as the Hong Kong registered Bridge Partners, who were managing 1MDB’s funds through a company registered in the British Virgin Islands named Brazen Sky.

Commentators noted that Bridge Partners were a small company of investors, bordering on the low key in terms of their published information.

After their involvement in 1MDB was published the company allegedly removed all their details from their website. 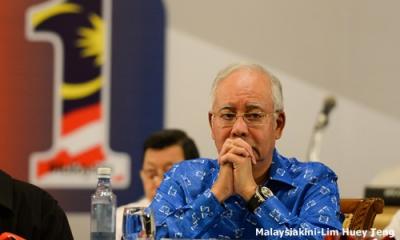 The Development Fund was promoted at the PM/ FM’s brainchild

Yet, despite these glaring insufficiencies, those responsible for 1MDB have nevertheless continued to insist that all is well with the floundering fund and there has been no mismanagement.

1MDB is currently over RM40billion in debt with repayments due of RM3 billion by the end of this month.

The Prime Minister, who set up 1MDB and heads its Board of Advisors, has so far dismissed all criticism as “politically motivated” and his supporters are arguing that those critics have  misconstrued the facts.

On Wednesday, the Prime Minister finally responded to the headlines by bringing a team from the current accountants Deloittes to a meeting of the Cabinet, which had last week declined to sanction the raising of more public money to meet 1MDB’s RM3 billion debt repayment.

Following the accountants’ presentation the Prime Minister then released a public statement confirming that as a result of the briefing the whole Cabinet has officially “cleared” 1MDB of any wrongdoing: 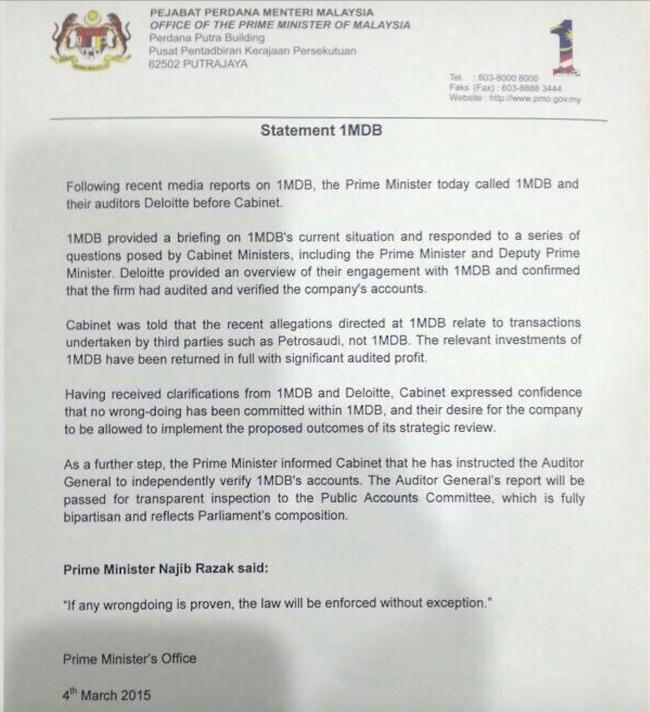 “Having received clarifications .. Cabinet expressed confidence that no wrongdoing had been committed by 1MDB”

So, the Prime Minister has come out fighting his critics.

However this announcement also included a major concession in that Najib has at last relented to calls to bring 1MDB to the attention of the Auditor General for a full report.

Just a few weeks ago the same Auditor General had stated that he saw no need to examine 1MDB’s accounts, because they had been signed off by respected international accountancy firms.

And Najib’s statement ended on a less confident note, in the light of what the Auditor General might find:

Commentators have noted this was is a strange declaration, given that the Cabinet had just expressed itself “fully satisfied” that there has been no mishandling of the fund on the part of 1MDB.

Crucially, there was no mention in the Prime Minister’s statement or elsewhere as to whether the cabinet has also reversed its earlier decision last week not to release the RM3 billion Najib desperately needs to bail out the funds latest round of debt repayments due by the end of March.

Tony Pua has called for a thorough review of the evidence provided by Sarawak Report.