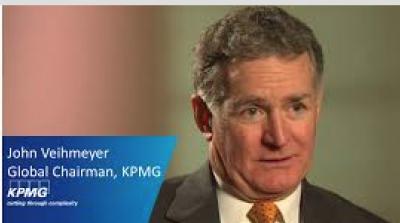 1MDB is not anything to do with us – Global Chief of KPMG, John Veihmeyer

For weeks the mantra of the chairman of 1MDB’s governing Advisory Board (Malaysia’s Prime Minister) has been that the management of the fund has been ‘cleared’, because the accounts were ‘forensically’ audited by international accountancy firms of global standing.

The firms who have given 1MDB clean bills of health have been the Malaysia branches of the accountancy giants Deloitte and KPMG. 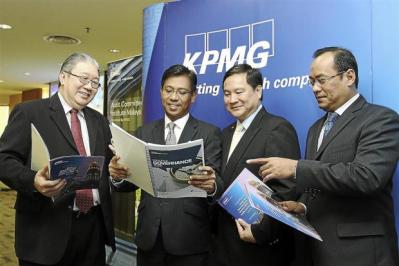 Malaysia’s top team at KPMG – no accountability to HQ?

However, last week Sarawak Report demonstrated evidence pointing to a series of sharp practices on the part of KPMG during the audit process for the year ending March 2010.

These enabled 1MDB to conceal the loss of USD$700 million, which was the sum siphoned out of its joint venture with the little known oil company PetroSaudi.

Following this expose, the Sydney-based Malaysian investigative financial journalist, Ganesh Sahathevan, directly challenged the Global Chairman of the company, John Veihmeyer, to give his response to the allegations.

Sahathevan asked whether KPMG Global had been aware of any of the transactions relating to 1MDB outlined in the expose?  He added that:

“much of what has been reported was in the public domain since at least 2014, and hence there is also the question of why the Global Board took no action despite that fact?”

The rapid response Sahathevan received from KPMG merits reading in full, because it puts paid to any assumptions that a local branch of this ‘global network’ of accountancy firms can be relied upon to maintain any sort of acceptable standard laid down by a central authority.

The General Counsel (top lawyer) for Mr Veihmeyer states that the corporate headquarters has no involvement in the matter, because the KPMG network represents nothing more than a ‘Swiss Cooperative’ of happy Helvetic brand sharers.

In short, he explains, no one at HQ is responsible for what their fellow franchise holders get up to. They are just there to help and advise when required.

I am the General Counsel of KPMG International and am responding on behalf of Mr Veihmeyer.

KPMG International does not have any relationship with, or connection to, 1MDB”.

Malaysians and others, who had assumed that accreditation by KPMG represented some form of guarantee of high standards; quality control; centralised monitoring and disciplinary process to ensure high standards of accountancy practice must therefore stand disappointed.

According to KPMG’s top legal eagle, theirs is a form of franchise that has its cake and eats it at the same time.

Name bearers get to carry the brand, but without any form of accountability whatsoever:

If a Malaysian were to find dog meat in his McDonald’s burger in KL, he would expect to receive some response from the company HQ from under its golden arches in California – and doubtless he would.

By contrast, if KPMG Malaysia assists in the cover-up of a billion dollar heist of public money, it turns out that their global HQ in Amsterdam merely refers you to the cantons of Switzerland and their company’s new corporate structure, which is accountability free.

Having their cake and eating it

Mr Wethered’s response that “KPMG International does not have any relationship with, or connection to, 1MDB”  represents a stark contrast, however, with the firm’s own publicity material.

The KPMG website and numerous articles make reference instead to the guarantee of quality that their brand lends to its affiliates across the world.

KPMG’s own website, under the banner line “Acting With Integrity”, declares:

“KPMG is a global network of professional firms providing Audit, Tax and Advisory services. We have more than 155,000 outstanding professionals working together to deliver value in 155 countries worldwide.”

On the other hand, scrutiny of this KPMG website soon makes plain that behind the fine words and sentiments there is indeed what appears to be a significant dearth of actual governance in this corporate structure:

Above all, we act with integrity

We are constantly striving to uphold the highest professional standards, provide sound advice and rigorously maintain our independence….

The KPMG Global website concedes that its Head Officers provide policies, even regulations. But, there is no mention of enforcement.

The Global Board is the principal governance and oversight body. The key responsibilities of the Board include approving long-term strategy, protecting and enhancing the KPMG brand, and approving policies and regulations

There is no single line of accountability within the organisation.

Internationally, the affairs of KPMG are the responsibility of several bodies. 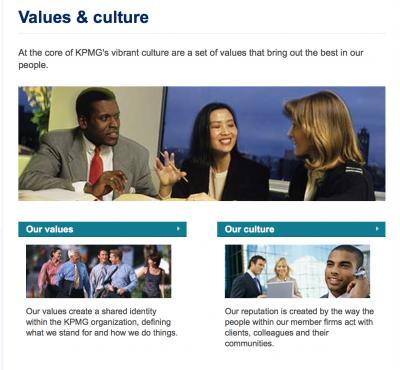 Aspirations, but can they be enforced?

The controls that would lead the third party readers of its audit reports to feel comforted that quality control is enforced, appear to be missing, as indicated by the letter sent by KMPG’s top counsel.

Although there is a deluge of information about the values and quality that this network of affiliated firms is “striving to achieve”, there seems to be a lack of clear accountability within the structure of the organisation.

Without accountability and enforcement structures the high values and claims of integrity that pack out KPMG’s corporate messaging are surely effectively meaningless?

What better example than this latest abdication of responsibility over the scandal of 1MDB?

The legal counsel of KPMG seems therefore to be entirely correct in his statement that the global headquarters can wash its hands entirely of this little fracas over in Malaysia. 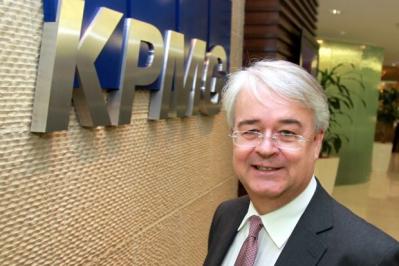 Yet, as Mr Sahathevan and others suggest, this is not the public face of the company.

Certainly, the ‘Swiss Cooperative’s’ corporate PR does not accurately represent this state of affairs and basic lack of governance.

Take for example the recent ‘Up Close And Personal’ article by Malaysia’s Star Newspaper about the role of the recently retired Global Chairman of KPMG.

In his interview Mr Andrew told the Star that clients in KL had the right to expect the same level of service as in Europe.

He also said that the company upheld its “duty to the broader community”:

KPMG’s brand, Andrew says, is all about being independent and objective because the firm and its employees has a public interest of responsibility to the broader community.

“We have to ensure that we uphold the governance standards in every country for our multi-national clients. They expect the same standards in Kuala Lumpur as they do in Johannesburg, Frankfurt or New York,” he says.

He adds that corporate governance defines the KPMG brand. “If we don’t meet the governance standards, then people won’t have confidence in our business. Integrity is at the heart of everything we do.

“This is ensuring that we understand that our duty is to the broader community than just to any particular client or particular transaction. Because if we do some work, which turns out to be incorrect, it’ll affect our global brand,” he says.

Every three months, KPMG employees are required to sign a declaration to maintain their independence around their audit clients. [The Star Online 10th Aug 2013]

However, despite that commitment to the broader community, in the case of 1MDB the public was never informed about the siphoning of $700 million in public funds out of the fund, thanks to KPMG Malaysia’s accountancy practices.

And now it turns out that KPMG Global regards itself as having no responsibility at all in the matter.

Were it to be more widely recognised that KPMG Global exerts so little quality control over its branches, the reputation on which this ‘cooperative’ relies might very well lose a lot of its lustre.