All About Photos? - Latest Attacks Against Sarawak Report

Sarawak Report is currently disputing a copyright claim issued by a non-existent company in the US, which is demanding that pictures of Jho Low cavorting at Cristal champagne drenched parties in public places in the South of France and United States be removed from public view.  These pictures have been available and widely circulated on the web since 2010 (shortly after the PetroSaudi joint venture was signed).  However, we are now informed that an undisclosed person has approached the original copyright owners and bought the rights to these pictures for an undisclosed sum.  They are now posing as a celebrity pictures agency and utilising this copyright to exploit the new so-called DCMA laws, designed to reward copyright holders, to demand all these pictures are brought down.  We argue that this is a misuse of the law by a non-existent company for the ulterior purpose of concealing information and that it violates the public interest by retrospectively hiding once public pictures, which illustrated the ostentatious show of wealth on the part of Jho Low. Meanwhile, since the world has already seen the photos anyway, we are replacing the disputed pictures of Jho Low with photos from the animal kingdom.  We trust readers will accept this compromise while the dispute procedure gets underway. 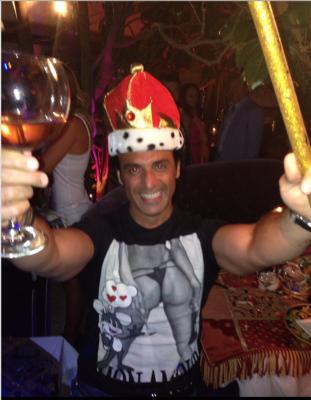 In recent weeks Sarawak Report has taken a front line position, reporting on a number of extremely serious issues to do with billions of dollars of missing money from Malaysia’s development fund, 1MDB.

We have released a considerable number of documents and emails that have raised uproar in Malaysia over issues of corruption, governance of the country’s finances and the rule of law.

However, it appears that for some of the main characters, who have appeared in our reports, there is more concern over certain photographs than whether or not they might be questioned or held to account over 1MDB.

We conclude this, because in recent days Sarawak Report has found itself subjected to a number of aggressive campaigns to force us to remove these photographs, which provided valuable corroborative evidence for our articles. 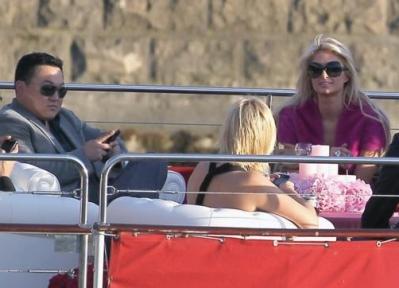 Given the articles and pictures record vast expenditures by certain individuals, who are associated with the disappearance of billions of ringgit that were supposed to benefit Malaysia’s poor and backward regions, we believe they represent valid news content and it has been in the public interest to see these pictures.

They started their work at 10.37 am and within half an hour had deleted one of our stories and then made sure to wipe it from the trash section also of the site.

These hackers took care to disguise their IP address and then change it, in a bid to hide their location. 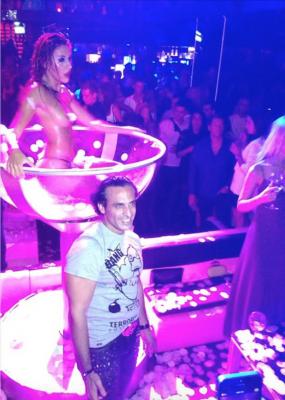 Both IPs were linked to proxy servers and they disguised themselves as coming from Google – a fairly easy trick, according to web experts.

So, which was the story that the hackers wanted removed?

It was the story about the double existence of Abu Dhabi’s Aabar Fund Chairman, Khadem al-Quubaisi.

This article had focused on the fact that this chairman of a fund, which has done a number of heavily criticised deals with 1MDB, had received a payment of over USD$20 million from Good Star Limited.

Good Star Limited was the company we had identified as the recipient of the secret USD$700 million ‘loan repayment’, made supposedly to PetroSaudi from 1MDB.

We have established that Good Star is a company controlled by Jho Low. 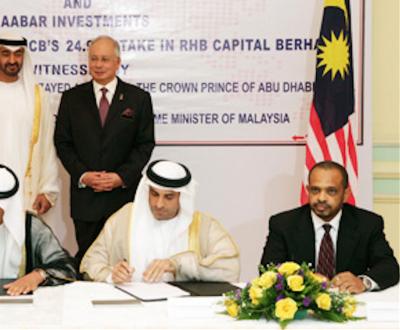 By contrast, Khadem al-Quubaisi signs a cooperation agreement with 1MDB in 2013 under the eye of the PM

So, we queried, why did the Chairman of the Abu Dhabi fund Aabar receive this $20 million payment from Good Star, shortly after Aabar engaged in an unusual  guarantee of 1MDB’s bond issue to buy up power-providers in Malaysia?

Several critics have queried why this deal, engineered by Goldman Sachs for a record 11% in commission payments, involved a guarantee by Aabar at all?

These critics have pointed out that under the terms of the guarantee agreement nearly half the money raised by the bond was committed to remain in Abu Dhabi.

We previously featured here a picture of Jho Low leaning over Paris Hilton at a lavish champagne party.

They also point out that the deal also gave Aabar an option to buy up half of the power plants in question and that in order to buy itself out of these restrictions 1MDB may well have had to pay up to $1 billion dollars at a later date.

This weekend DAP opposition leader Tony Pua pointed out that, because of the way 1MDB chose to handle these transactions, the fund ended up raising over RM20 billion in borrowing to purchase just RM10 billion worth of power assets in Malaysia.

Therefore, we asked what happened to that missing money and why did the head of Aabar, which collaborated on these deals, receive a payment in 2012 from Good Star?

Now, we seek reassurance that the reason our article was hacked and taken down was not because certain parties were dismayed at our revelation over the payment?

Or, because the public posture of Mr al-Quubaisi as a sober civil servant working for the state of Abu Dhabi’s sovereign funds has been undermined by the party-loving images we published along with the evidence of his extreme wealth? 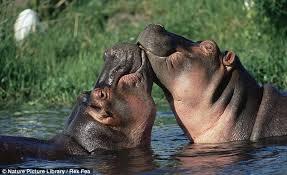 We previously featured a picture of Paris Hilton and Jho Low splashing bottle after bottle of Cristal champagne, just  for fun, in this slot

Sarawak Report has simultaneously been faced with a different kind of attack, which was also been directed at getting rid of certain images on our site.

For several days a non-existent celebrity pictures agency has pestered our internet server company to make us remove the pictures we have shown of Jho Low cavorting in the South of France with Paris Hilton (he paid her millions of dollars on several occasions to come and join his champagne fuelled parties).

This non-existent agency has used threatening and legalistic language, demanding we remove the pictures, which have been circulated on the web by various other online magazines since 2010, because they say they have the copyright. 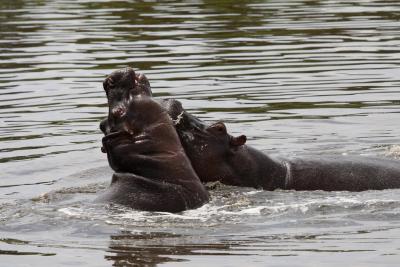 So far the non-existent picture agency has not provided proof of this copyright.

Nor has it  shown any interest in being paid for the pictures.

Instead it has engaged in aggressive backdoor tactics to get our site and other sites to take down the pictures by threatening copyright action against our server companies.

Mr Jho Low has reportedly made commitments to obey his parents and turn over a new leaf when it comes to public displays of expensive debauchery.

So, we seek an assurance that it is not he who is behind this attempt to to buy up the copyright over these various pictures, purely in order to remove them from sight?

If Mr Low is attempting to retrospectively buy back his reputation by aggressively bullying news reporters into removing the evidence of his past misbehaviour, we believe he should provide Malaysians with proof that he is not using their own development money to do so. 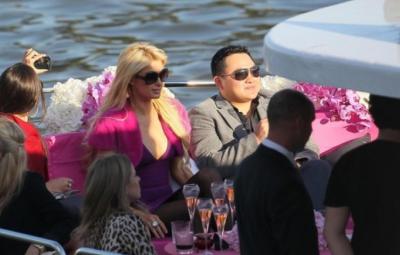 We previously featured here a picture of Jho Low carrying a drunk Paris Hilton at a lavish champagne party.

After all, the first pictures of this youthful tycoon’s ostentatious partying emerged shortly after the original PetroSaudi deal in September 2009, after which USD$700 million was diverted into the account of Good Star from 1MDB.

Another USD$160 million followed in September 2010 and a further USD$260 million was paid by 1MDB to PetroSaudi, which then passed the money to Jarvace via PetroSaudi Seychelles in order to buy out UBG bank, in which Jho Low had a stake and of which he was a board member.

Is it this money which is now being used to finance these aggressive ‘copyright suits’ to white-wash his image?

Concern that this might be the case has caused Sarawak Report to circulate (above) certain pictures that have already been in the public domain for over four years, but which we had originally felt too unnecessarily undignified for us to publish. 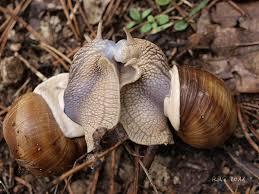 We previously featured Paris Hilton and Jho Low splashing champagne in a public place in this this picture.

They include pictures of a plainly drunk Paris Hilton clinging to Mr Low while her short dress rides up to give full view to her underwear.

She is being carried out ‘legless’ from a nightclub.

If Mr Low (or his misguided supporters) believes that he can expunge such memories by throwing big bucks into legal action against us and others, we believe that such images should now be widely circulated, so they stick in people’s minds before any possible enforcement can take place.

Especially if the whole strategy is being funded by money siphoned from the public purse through 1MDB.

We suggest people download these photos and pass them to each other and put them on Facebook, along with the pictures that someone is trying to remove concerning Mr Low’s business partner Khadem al-Quubaisi. 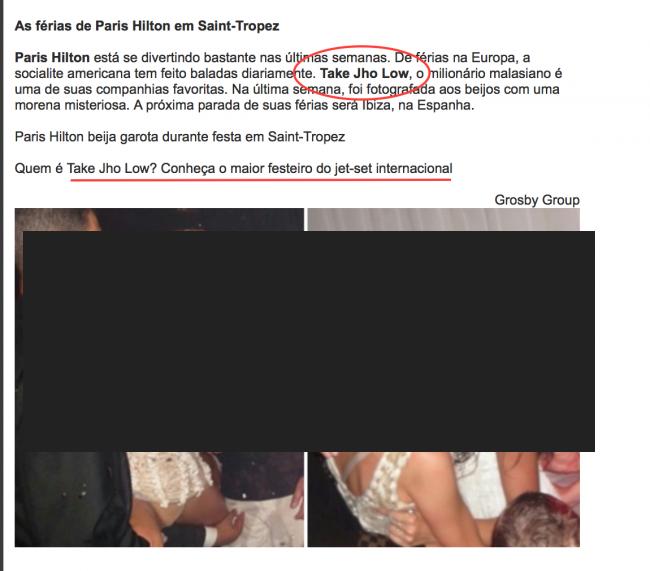 We previously featured a drunk Paris Hilton in these pictures, leaning on Jho Low and kissing another woman